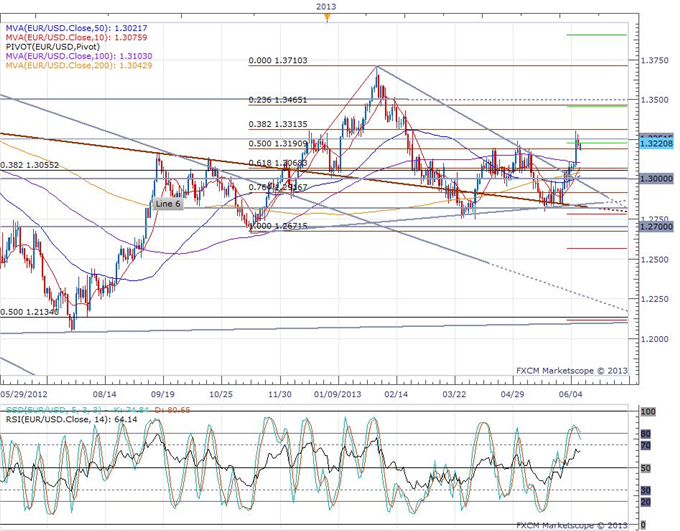 EUROPEAN SESSION UPDATE: Nowotny reiterates his worries about the Euro-zone economy, and ECB’s Coeure speaks of an improvement in financial conditions…

Arguments that were most likely present at the recent ECB meeting regarding possible unconventional monetary tools seem to have surfaced via comments from different ECB members. However, the different comments have left the Euro barely changed against the US Dollar following a bit of volatility.

European Central Bank member Nowotny said today that an accommodative stance is still needed, and ECB’s Coeure conceded that the central bank will keep policy accommodative as long as necessary. However, Nowotny said he sees a struggling economy and overstretched public finances, while Coeure said he sees an improvement in financial conditions in the Euro-area. EUR/USD may have declined slightly further below 1.3200 following Nowotny’s comments, while the bounce back above 1.32 may have been due to Coeure’s slightly more optimistic comments. However, both central bankers agreed that there is a limit to what monetary policy can do.

In economic news, the Italian gross domestic product for the first quarter was revised lower to a 0.6% decline from a previously estimated 0.5% decline. The revised GDP report had little effect on Forex trading.

The Euro continues to trade around 1.3225 against the US Dollar at the time of this writing. EUR/USD may see support around 1.3191, by the 50% retracement of the rise from the November low to the February high, and the pair may see resistance by a 3-month high set recently at 1.3306.

The US Dollar continued to rise against the Japanese Yen in the European session, as the USD/JPY reflected the near 5% rise in today’s trading of the Nikkei equities index. Japanese investors were pleased by a higher revision of the GDP for Q1.