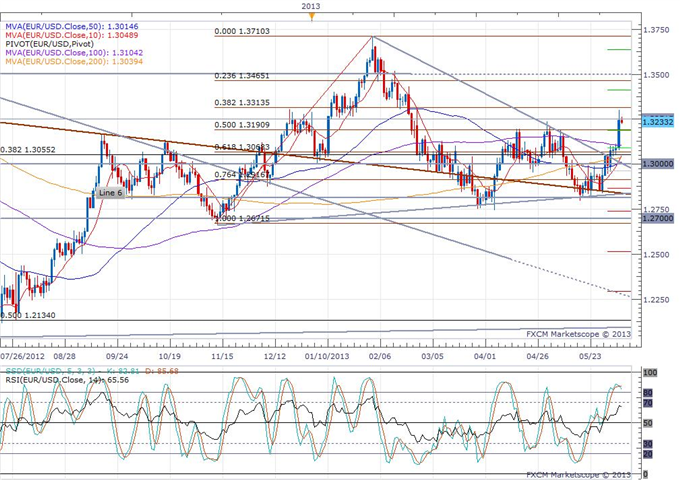 The major European currencies took a breather in today’s session, as risk-correlated currencies saw big moves ahead of today’s US NFP release.

The Euro is trading slightly lower against the US Dollar following ECB’s Nowotny dovish tone. Following the announcement of a rate hold, ECB President Draghi said yesterday that the Euro-zone economy will improve in 2H. However, Nowotny sounded less optimistic as he said the downturn in the economy is underestimated, and the Euro-area is a weak spot in the global economy. Furthermore, Nowotny said the ECB must carefully analyze unconventional tools, as all simple tools have been used. Finally, Nowotny conceded that the ECB may not need to do more if the economy improves in the second half.

In the UK, the total trade balance slightly beat expectations in April at -2.579 billion Pounds and up from -3.249 billion reported in March. However, the Pound did not react significantly to the release, and it is trading back below 1.5600 against the US Dollar at the time of this writing, following a rally over the past two days.

The Euro is currently trading above 1.3200 against the US Dollar in Forex markets, and the pair may next see resistance at a three month high set yesterday around 1.3306. EUR/USD may next see support at a level around 1.3200, which has provided resistance in recent trading.