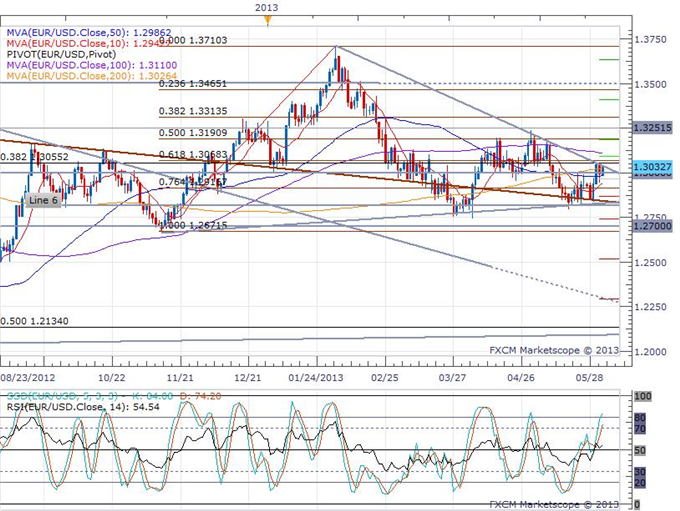 Euro and Pound Rise Despite Decline in European Equities

It’s a slightly paradoxical European Forex trading session so far this Monday, as the Euro and Pound are both trading higher against the US Dollar, but European equities and bonds are showing risk-off aversion. GBP/USD is trading 0.44% higher and the Euro is trading 0.18% higher, but the FTSE, CAC, and DAX equity indexes are all trading at least 0.70% lower.

The incongruence seen in the markets may be due to expectations for the upcoming Bank of England and European Central Bank decisions this week. The better than expected manufacturing PMI’s released in today’s session may provide reason for the ECB to not further cut its interest rate or for the BoE to not add to its quantitative easing.

The weakness in equities may also be a reaction to the 3.72% decline in the Japanese Nikkei equities index seen today. Chief Cabinet Secretary Suga tried to cool worries by saying that a correction is natural after stocks rose 60% over the past five months. USD/JPY responded to the equities decline by falling to just two points above the key 100.00 level, the lowest level the pair has traded since it broke above 100 three weeks ago.

Additionally, EUR/USD rose back above 1.3000 in today’s session. France Industry Minister Montebourg said a slightly weaker Euro is needed and the ECB has remained remarkably inactive on the Euro. The pair may now see support by the key 1.3000 level, while a downward trend line from Febraury may provide resistance around 1.3035.

Besides for the UK and the Euro-zone each showing better than expected manufacturing PMI releases, the Swiss factory index for May was reported at 52.2, beating expectations for 50.8. However, the release only sent EUR/CHF slightly lower.