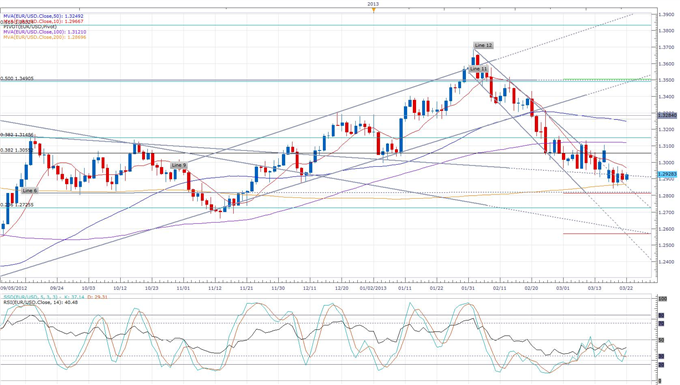 I’m sure most people reading this remember that moment from childhood, when your mom would threaten to clean your room if you didn’t clean it yourself. You always knew that if she cleaned it, it would somehow end a lot worse than if you just dealt with the mess.

It’s that moment that comes to mind as you read the most recent updates from the Cyprus bailout crisis. The ECB has announced that if Cyprus doesn’t come up with an agreement for a bailout by Monday, the central bank would cut off emergency funds. The Cyprus parliament is debating today possibilities for raising the 5.8 billion Euros, which is needed for unlocking the 10 billion Euro bailout.

Meanwhile, should Cyprus fail to agree on a plan to raise the money, the Euro-zone leaders may agree on a plan to take 38% from accounts above 100K Euros held with the Cyprus Popular Bank and the Bank of Cyprus. At the same time, accounts below 100K will remain untouched, according to the plan that has garnered support from the ECB and IMF.

While 40% may seem like a large amount for a government to allow to be taken from its better-off citizens’ accounts, it is unclear how many of these 100K+ accounts are held by local Cypriots. Many Russians hold off-shore accounts in Cyprus, which is why Russia has become a key player in the Cyprus bailout talks.

Following two days of talks in Moscow, Cyprus Finance Minister Sarris conceded this morning that Cyprus didn’t get the requested financial support from Russia. This message followed a clear optimistic tone at the beginning of the trip, and the Euro declined below 1.290 against US Dollar earlier in the session on the comments. Bloomberg reported today that Russian central bankers have said that the bank is not at risk from Cyprus.

In Europe, Euro-zone leaders have not eased up on their tone about the requirements for Cyprus to access the 10-billion Euro bailout. German Chancellor Merkel was reported to have said that it is unacceptable that Cyprus has been out of touch with the Troika for days, and said that Cyprus shouldn’t test Europe’s patience.

Despite all this uncertainty from Cyprus, the country only makes up 0.20% of the Euro-zone, and the market fears are of contagion of bank depositors trying to remove their deposits in other struggling Euro-zone countries, or speculation that the situation may lead to the breakoff of Cyprus from the Euro-zone. However, the Euro hasn’t seen much losses since the initial drop following the announcement of the deposits levy over the past weekend.

In economic releases, the IFO German business climate survey disappointed expectations and declined for the first time in five months. However, reactions were temporary, as traders remained focused on Cyprus.