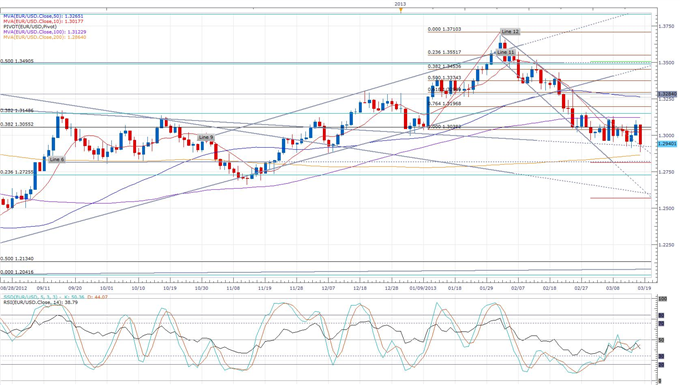 That is the summation of the news to start the new week of trading, as Cyprus citizens found out that the amount that they will have in their account following today’s banking holiday may be significantly less then the amount in their accounts when banks closed on Friday.

The Cyprus Praliament was scheduled to meet today at 14:00 GMT to vote on the levy measures proposed by President Anastasiades, following his agreement with Euro-zone finance ministers on Friday. However, recent breaking news said the vote may be postponed and Cyprus banks may remain closed an additional day. The Euro-zone ministers agreed to a 10-billion Euro bailout for Cyprus on condition that the country raises 5.8 billion Euros to pay off debts. The president is now advocating all Cyprus bank account holders contribute to this amount, and local news is reporting the proposal will be 3% on accounts up to 100 thousand Euros, 10% on accounts between 100K to 500K, and 15% on all accounts beyond that.

Cyprus only provides for about 0.20% of the total Euro-zone GDP, therefore the levy on account holders will not have a strong direct impact on the Euro-zone economy, but market is now worrying that citizens of bigger countries with financial struggles will pull cash from their bank accounts because of fears the same thing may happen to them.

The Euro declined more than 100 points against the US Dollar between the Friday close and the Monday open because of the Cyprus news, and EUR/USD dropped closer to 1.2900. Over the European session, the pair has unwound some of those losses and risen closer to the key 1.3000, where resistance may be provided.

The more interesting Forex reaction has been the rise in Pound against the US Dollar following the news. Often, the Pound drops on news of Euro-zone instability, and other risk-correlated currencies, like AUD, declined against the safe have US Dollar on the Monday open. However, the Pound may be seeing strength due to Euro investors looking to move their money into a safer currency. This trend is reflected in the bond markets, as UK 10-year bond yields are trading 6.0 bps lower to 1.87% at the time of this writing. In the same direction, the German 2-year bond yield was trading temporarily today below 0.00% for the first time since January.

Relating to fears of the trend spreading, ECB’s Asmussen says the Cyprus case won’t spread to other countries. He added that the Euro crisis catastrophe has been avoided, but it will take years for the crisis to be completely resolved.

Beyond Cyprus, in economic releases, the Swiss Government’s SECO predicted 1.3% growth in 2013 and 2.1% in 2014. In the Euro-zone, the trade balance slightly disappointed expectations at -3.9 billion Euros for January, following 10.3 billion Euros in December.