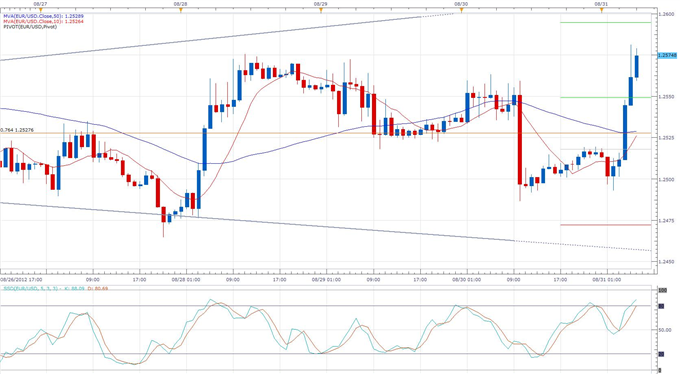 Merkel Supports a Discouraged Weidmann in Fight Against ECB Plan

What’s eating Jens Weidmann? The Bundesbank President was considering resignation over the ECB bond purchase plan and discussed the possibility with his board, according to a report by Bild. For now, Weidmann will stay in his position to continue the fight against the potential bond purchases, and the German government supports him.

Over the past few weeks, Weidmann has come off as the biggest opposer to the possible ECB plan, sometimes sounding at odds with German Chancellor Angela Merkel. However, a government spokesman said today that Weidmann has Merkel’s support, and she wants him to have the widest possible influence on the ECB. The spokesman also said that the two are in regular contact.

Furthermore, Morgan Stanley announced that they see a 40% chance of the German Constitutional Court not ratifying the ESM permanent bailout fund.

However, none of the news above had a significant effect on Euro traders, who sent EURUSD 60 points higher than the open during the European session. There seemed to be no particular one piece of news that boosted the pair from the recent support at 1.2500 and back above 1.2550, except some possible buildup of anticipation ahead of Bernanke’s speech at the Jackson Hole Economic Symposium. The monthly high at 1.2589 could provide resistance.

Also released today, a flash estimate sees Euro-zone annual inflation at 2.6%, a slight rise from June’s annual rate. Meanwhile, Euro-zone unemployment reached the highest on record at 11.3% in July. Neither of these releases had a significant effect on trading.