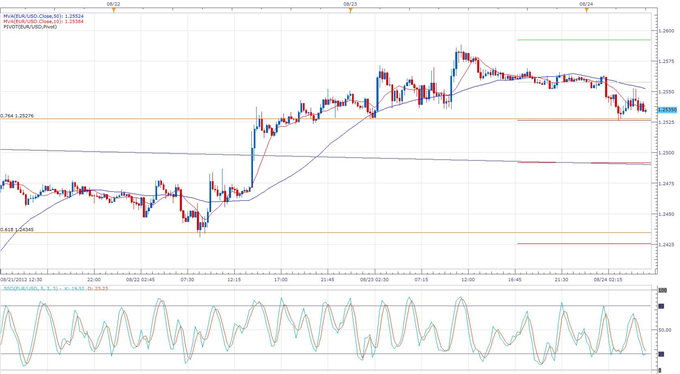 Just hours before a meeting between German Chancellor Angela Merkel and Greek Prime Minister Antonis Samaras, where Samaras is likely to plead for an extension to the budget requirements imposed by Greece’s international lenders, it has become less clear if Germany is willing to give some leeway to Greece’s bailout conditions.

After meeting with French President François Hollande, Merkel announced yesterday that both of them agree that Greece should stand by its commitments. Merkel said she wants Greece in the Euro-zone and thinks Greece should take the necessary efforts to achieve that. However, she did not necessarily rule out small concessions that may include an extension of the time given to Greece to meet its deficit goals.

However, the caucus leader of Merkel’s Christain Democratic Union party spoke much harsher and direct about Greece. Voler Kauder said today that more time for Greece would mean more money, and the aid program can’t be renegotiated. He even went as far as to say that a Greek exit wouldn’t be a problem for the Euro, a view that is not shared by most officials and is clearly doubted by the markets.

German government spokesman Stefen Seibert quickly responded by saying that Kauder is not speaking on behalf of the government. Seibert followed up by saying that the Troika will be the basis for the decisions on the bailout terms. The markets seem to view an extension of Greece’s bailout conditions as risk positive and Euro positive.

On the topic of possible ECB yield caps for Spainsh and Italain bonds, German Finance Minister Schaeuble said he doesn’t think the European Central Bank is breaching its mandate in its efforts to stabilize the Euro-zone. These unspecific comments seem to come in line with earlier ECB support provided by Merkel. Italy’s Prime Minister Mario monti will meet with Merkel in Berlin on August 29, it’s likely they will discuss efforts like these to help improve the Euro crisis.

The only major data released during today’s session was the second estimate of the UK GDP for 2Q. The economic decline was lighter than initially estimated, revised to -0.5%. This was as expected and did not significantly move the British Pound.

The Euro rallied to 1.5 month highs against the US Dollar over the past two sessions and corrected some of these gains in today’s session following German calls for Greece to stand by its commitments. Support could be provided at 1.2528, by the 76.4% retracement of July’s decline.

Traders should keep an eye out for any new comments from the meeting between Merkel and Samaras, which is set for 09:45 GMT.