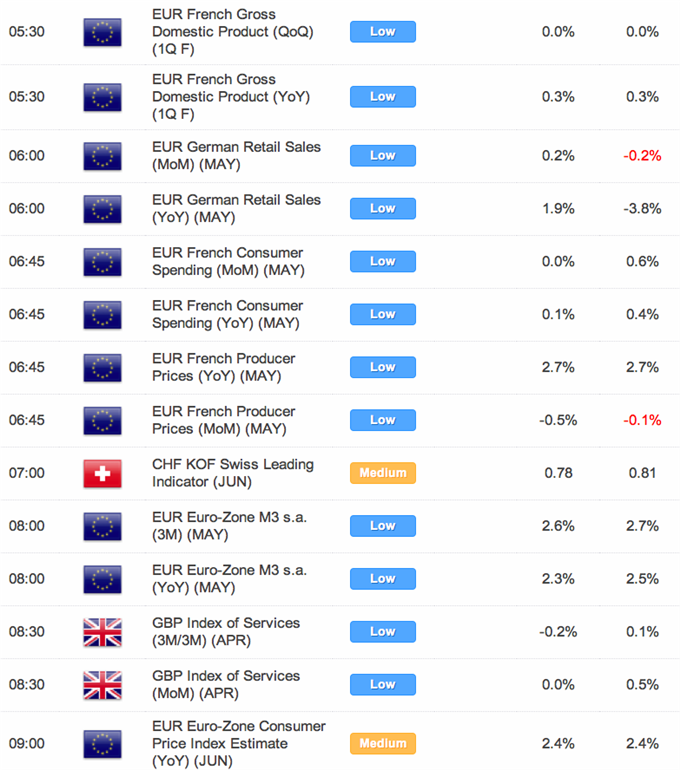 Markets are off to a very fast start into Friday, with risk correlated assets very well bid thus far on the day. The catalyst has been very clear, with the rally coming on the back of developments out of the EU Summit which emerged with short-term measures to calm markets and drive down borrowing costs in the beleaguered Spain and Italy. As a side note, it is actually quite funny to describe these two nations as beleaguered today, given that they both have pressed on to the European Football Championship; most notably Italy, after defeating none other than Germany last night.

EU Leaders have agreed that 1) bailout loans to Spanish banks will not have seniority 2) a single bank supervisory mechanism will be completed by year end where ESM will be able to recapitalize banks directly 3) ECB will act as the agent to the rescue funds and troika oversight will not be mandatory for countries asking for ESM/EFSF assistance. Market participants have found a good deal of confidence thus far in the news and the focus will shift to longer-term recovery prospects for the region after a Eur120B growth pact is signed. Investors have also found comfort from wires that Germany would be willing to support some form of a jointly guaranteed bond with a common fiscal policy.

From a price action standpoint, currencies have skyrocketed against the US Dollar and Yen on the news, with many markets extending into intraday overbought territory. We have been looking for some form of a catalyst to keep the Euro on its corrective path since positing yearly lows in early June, and this could very well be the force that opens an eventual break above 1.2750 and towards our 1.2800-1.3000 area objective. Still, with hourly studies stretched, we also warn on taking any action until markets consolidate a bit into European trade. 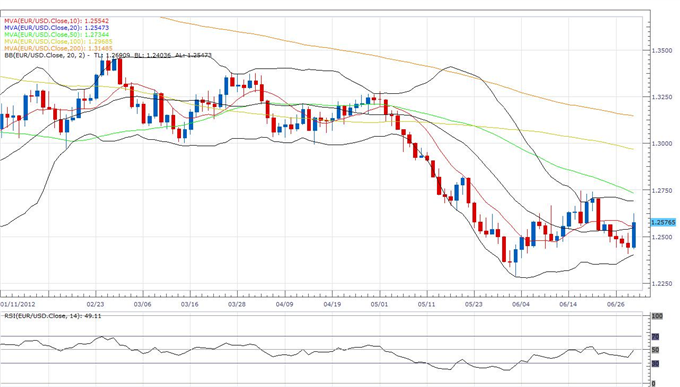 EUR/USD: While our overall outlook remains grossly bearish, from here we still see room for short-term upside before a fresh lower top is sought out. Despite the latest pullback, the market still looks constructive in the short-term while above 1.2440 on a daily close basis. Nevertheless, a break and close back above 1.2585 will now be required to accelerate gains through 1.2750 and towards 1.3000. Daily close below 1.2440 negates. 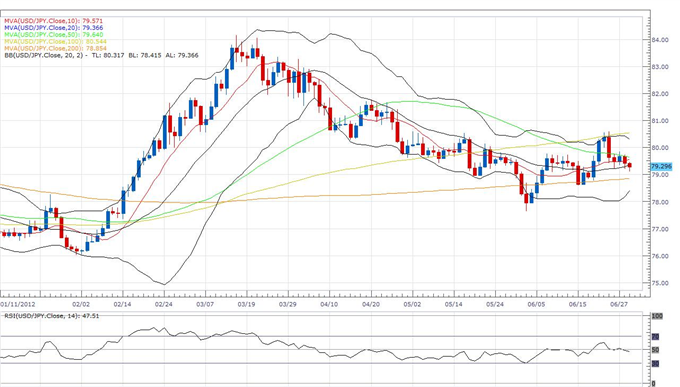 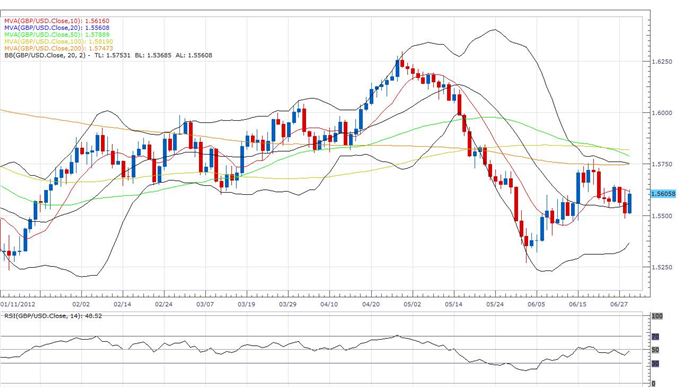 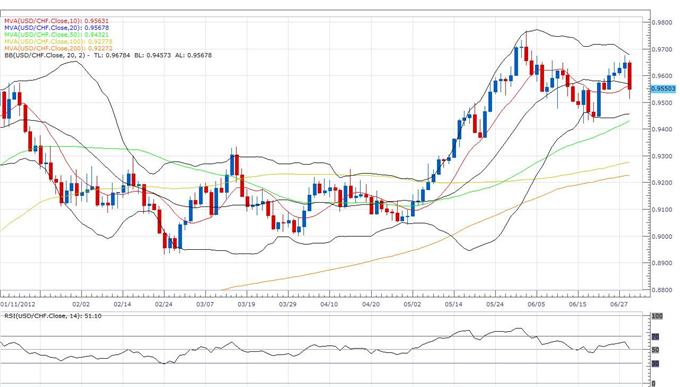