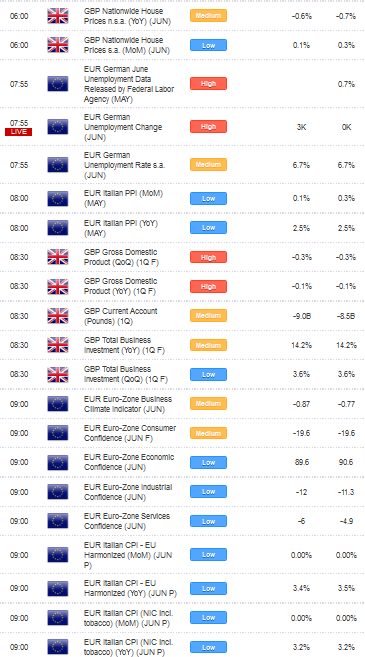 Eurozone Leadership Needs to Step Up in A Big Way; We Think They Will

If there is one thing that has been fairly consistent throughout the crisis, it has been the ability for governments to appease markets and respond to pressure. At least this has been the clear response from the US and UK throughout the economic downturn. Eurozone leadership on the other hand has had a more difficult time accepting this strategy. But, perhaps Eurozone leadership should be more comfortable subscribing to this ultra-accommodative policy stance as it seems as though every time the US or UK have stepped in to offer some form of further accommodation, sentiment has been bolstered and risk correlated assets have rallied. However, there has been reluctance of Eurozone leadership to fully embrace this strategy, and this could very well be what is exacerbating the situation. We believe that a combination of a deep rooted European Central Bank mandate that places a higher importance on longer-term inflationary threats, and a disjointed Eurozone made up of several different countries are the primary obstacles to a full on adoption of an ultra accommodative policy.

Yet now is the time when Eurozone leadership needs to step up and more aggressively implement this strategic approach to dealing with the crisis. Failure to come up with a meaningful resolution over the coming days will result in a major blow to the Eurozone economy that will be extremely difficult to overcome. As such, we have finally reached a critical inflection point where the fate of the region rests on its leadership to band together and push forward as one cohesive unit. At this point, we believe that the markets will indeed be pleasantly surprised and a favorable resolution will be put forward that ultimately opens the door for some renewed optimism. This certainly coincides with our short-term bullish outlook on the Euro, which we still feel has room to extend towards 1.3000 before finally finding some legitimate offers. 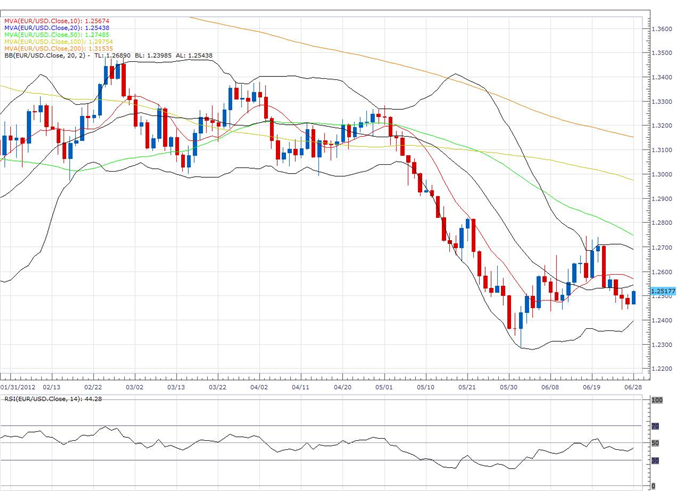 EUR/USD: While our overall outlook remains grossly bearish, from here we still see room for short-term upside before a fresh lower top is sought out. Despite the latest pullback, the market still looks constructive in the short-term while above 1.2440 on a daily close basis. Nevertheless, a break and close back above 1.2585 will now be required to accelerate gains. Daily close below 1.2440 negates. 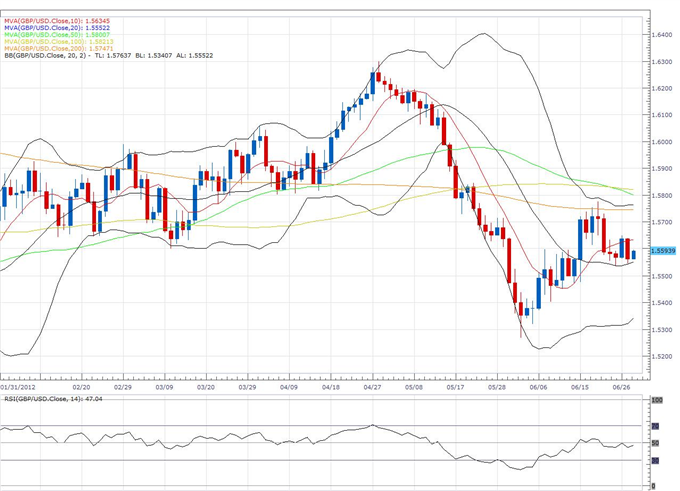 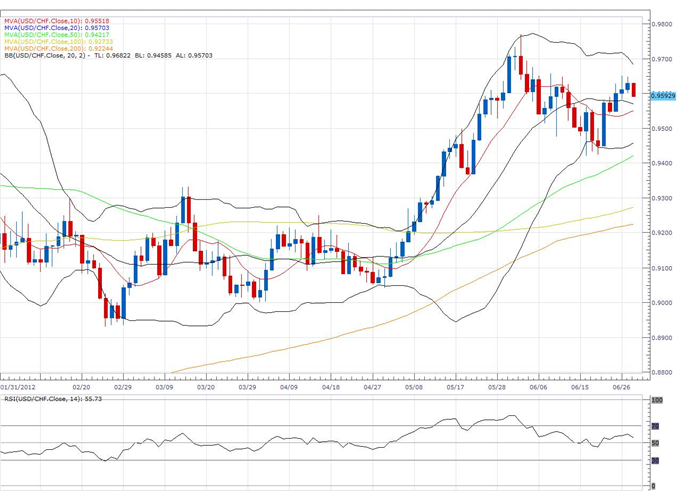