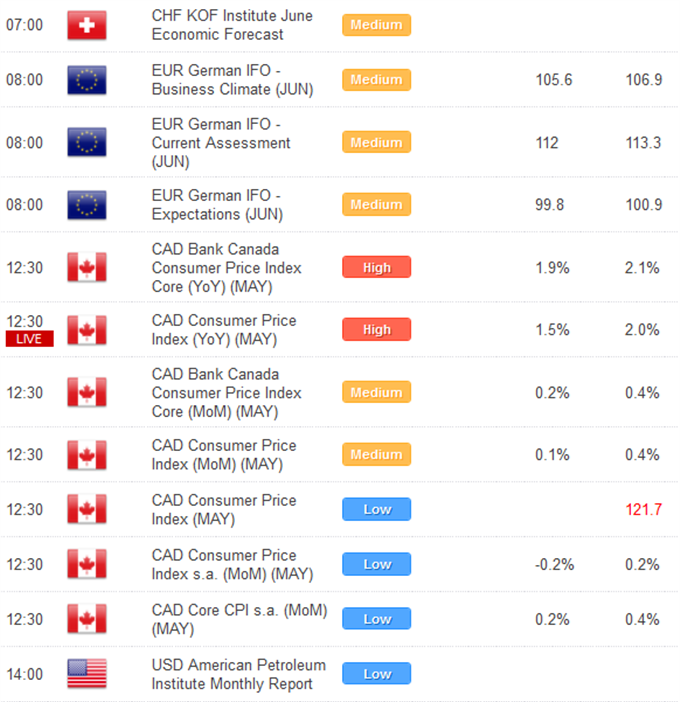 Euro Short-Term Outlook Much More Bullish Than Meets the Eye

Thursday’s resumption of aggressive risk off price action was understandable. After all, what good news has there really been for investors to hang on to. In reality, the rally in risk assets over the past few weeks has been more about the pricing out of maximum downside scenarios than the materialization of real positive developments. Strangely enough, this actually further supports our view that the bout of risk on trade that we had been seeing since early June, could very well continue.

While we acknowledge the state of the global economy is far from rosy, we also have grown increasingly convinced throughout the crisis that a seemingly unlimited amount of government proponomics (commitment to support the economy at all costs through aggressive forms of monetary and fiscal stimulus), just might actually help to get us through the crisis without ever seeing any major downside. Look at the US economy. This was the first economy to enter the global recession, and yet the unwavering commitment by the US government and Fed to pump liquidity into the system seems to be working against all odds. Investor confidence has been well supported as evidenced by the performance in US equities, while economic data has actually been showing signs of improvement.

Many other countries have taken on a similar approach, and this strategy has spread like wildfire, with a coordinated commitment to support the global economy at all costs. There can be no better affirmation of this fact than the recent G20 meeting which was very explicit on the subject. For now, the real trick will be for European leadership to fall in line and step up to the plate. In our view, Europe has not been as aggressive with this approach as it needs to be, and all that is required is for a formal plan to tackle the crisis head on. Yet, a presence of leadership in the zone has been absent, and the true Achilles heel in the region is the fact that we are not dealing with just one unified country. Nevertheless, we contend that at least in the short-term, this is where the curve ball will be, where markets are shocked in a good way that European leadership was able to really step up at the last minute.

The upcoming EU Summit will be extremely important, and we foresee an outcome which truly surprises the market and instills a renewed sense of confidence in the region. As a contrarian, it is perfectly normal for me to adopt such an optimistic view. Many of you know that I have been quite bearish and downbeat in recent years. But now, as the world speculates on the Euro’s collapse, it makes sense to expect a rally. I feel even more comforted after watching two huge portfolio managers on television yesterday aggressively calling for a more rapid and immediate downside acceleration in the Euro.

Trading markets is one of the most difficult challenges out there, as the market will find a way to exploit every weakness of every trader in some form or another. And with everything and everyone lining up for additional risk off trade, it seems to me that we just might be in for a bit of a surprise.

My view is that we will soon see the unveiling of a very aggressive plan from Eurozone leaders which ultimately is well received by investors and opens the door for an aggressive round of risk-on trade over the coming days. Maybe then, I will return to the path of gloom and look for an opportunity to fade the rally. For me, a move in the Euro towards 1.3000 seems logical, and only then will I be looking to aggressively sell. 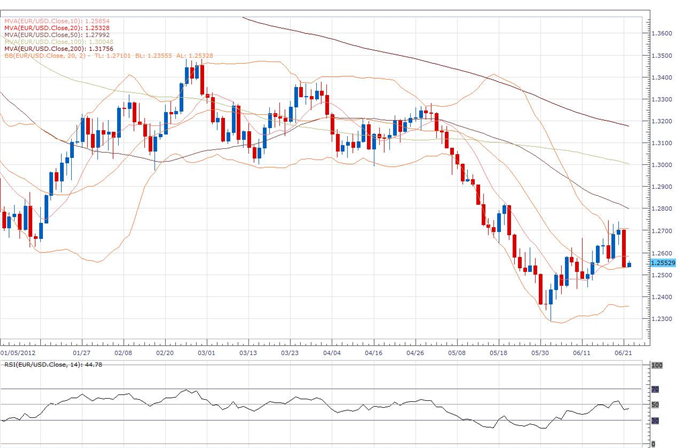 EUR/USD: While our overall outlook remains grossly bearish, from here we still see room for short-term upside before a fresh lower top is sought out. Despite the latest pullback, the market still looks constructive in the short-term while above 1.2440. A closer look at the weekly chart still shows the pair putting in yet another weekly higher high and higher low. Nevertheless, a break back above 1.2750 will now be required to accelerate gains. Below 1.2440 negates. 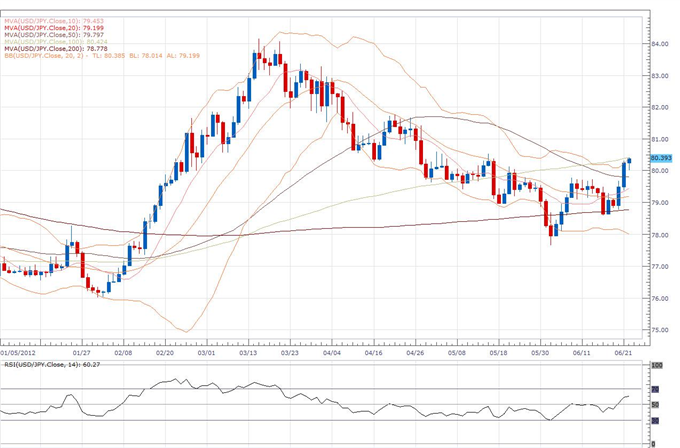 USD/JPY: Some very constructive price action in recent sessions with the market clearing some critical short-term resistance by 79.80 and then breaking back above psychological barriers at 80.00. This now opens the door for a potential medium-term higher low in place by 77.65 ahead of the next major upside extension back towards and eventually above the 2012 highs by 84.20. 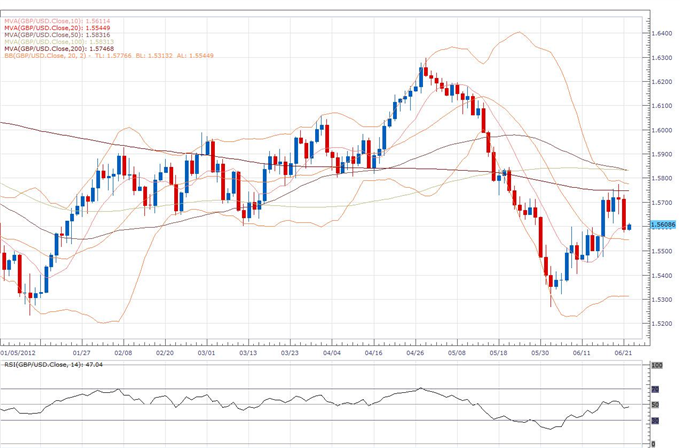 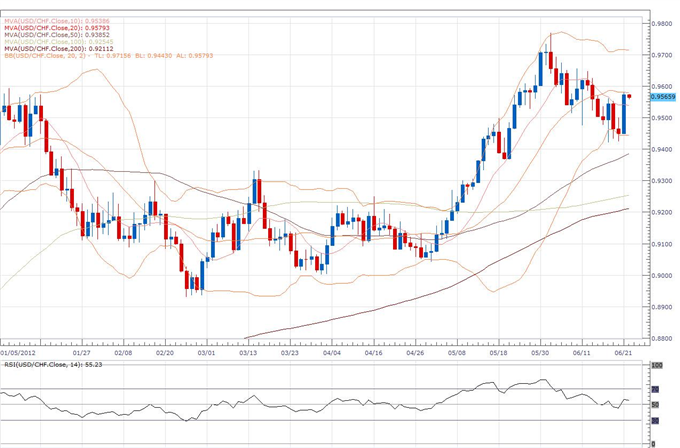