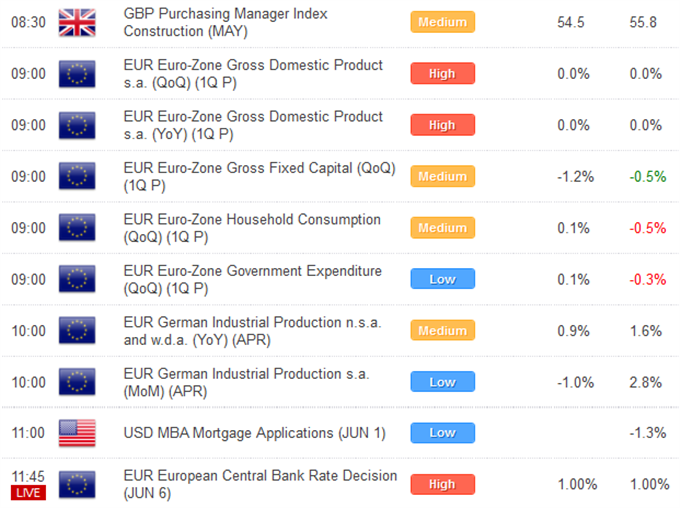 It’s excellent to be back on the desk after some time off to enjoy my new baby boy.

Meanwhile, markets have settled following a wave of volatility resulting in broad based strength in the safe haven US Dollar and Yen. While there is still no clear resolution in place to deal with the Eurozone crisis, a simple need for some form of a technical bounce after some extreme moves is finally being recognized. At the same time, there are also some positives to talk about on the fundamental front, with the most recent much better than expected Aussie growth data perhaps helping to infuse a sense of confidence into the market place.

Broadly speaking, we contend that risk correlated assets could indeed find more demand over the coming weeks, even in the face of threats in the Eurozone and fear of contagion. Since the onset of the global crisis in 2008, there has been one constant that continues to support the markets at every step of misfortune, and that is the commitment by central banks and governments to step in and do whatever is necessary to prop the local economy. This approach of doing “whatever it takes” to prevent collapse and prop up struggling economies is a new form of economics that seems to be proving effective as evidenced by the ability for the US economy to slowly emerge from recession.

What better name for this form of economics then “proponomics,” the economics of pumping liquidity into the system to prevent collapse at all costs. The strategy doesn’t concern itself with longer-term threats to the local and global economy and instead focuses firmly on fixing the short-term problem. While it is clear that the risks to the longer-term economy are potentially exacerbated through the implementation of an artificial support to the economy, it is also true that inability to step in and deal with the short-term problem would be even worse than pumping the local economy with liquidity and keeping monetary policy ultra accommodative.

Right now, the short-term threat to the Eurozone economy is more significant than the longer-term one and proponomics seems to be the most effective strategy. It now looks as though Europe will need to step up on this front and overinflate its way through the turmoil in order to prevent what could be a very serious disaster. Therefore, if Eurozone officials can step up and offer some form of reassurance that they will do whatever necessary to keep the Eurozone intact, we feel the outlook will be brighter despite the many obstacles that will still need to be overcome. The European Central Bank is scheduled to meet later today and while no change is expected on rates, we view this as a formidable opportunity for Mr. Draghi to step up and provide the necessary reassurances to both the Eurozone and global economies. 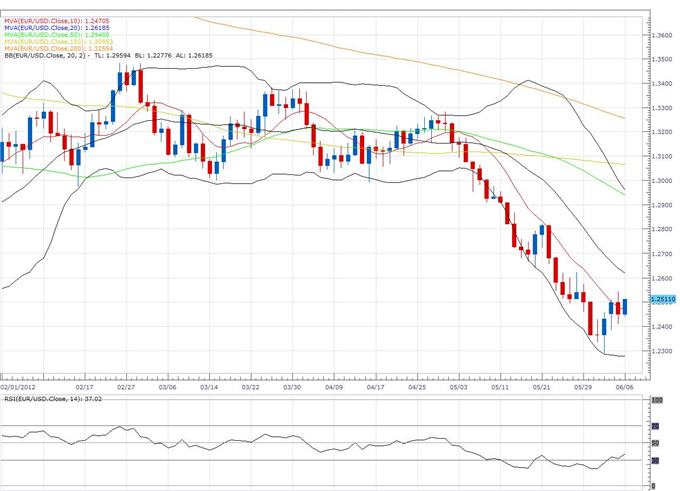 EUR/USD:The market is in the process of correcting from some violently oversold levels after breaking to yearly lows just under 1.2300. While our overall outlook remains grossly bearish, from here, we still see room for short-term upside before a fresh lower top is sought out. Look for a close back above 1.2545 to open the door for acceleration into the 1.2800-1.3000 area, where fresh offers are likely to re-emerge. 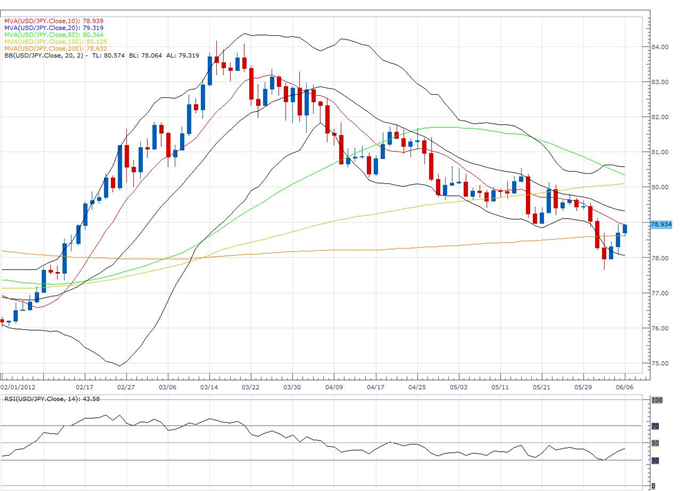 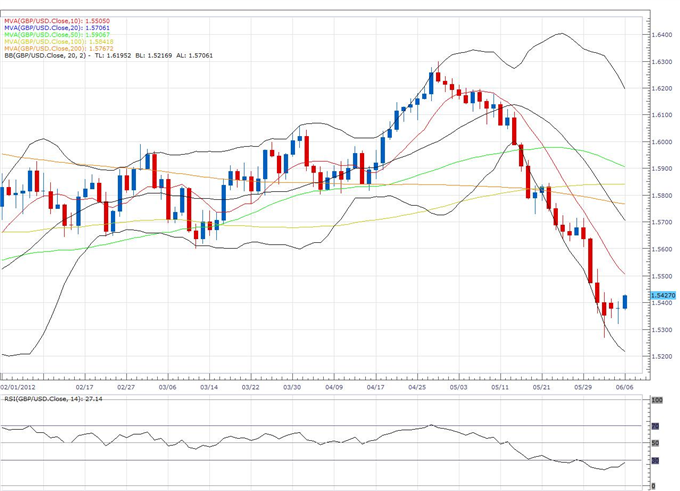 GBP/USD: Daily studies are now well oversold and from here risks seem tilted to the upside to allow for a necessary short-term corrective bounce after setbacks stalled just shy of the 2012 lows from January. Look for a break and close back above 1.5440 to strengthen short-term bullish outlook, with acceleration then projected into the 1.5600-1.5800 area where a fresh lower top will be sought out in favor of underlying bear trend resumption. 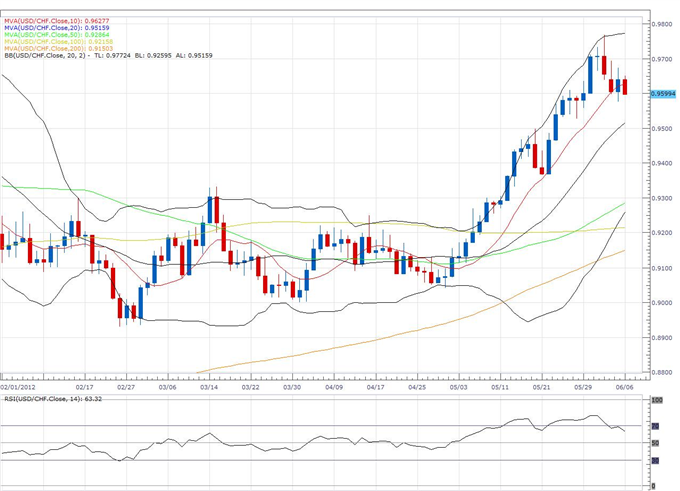