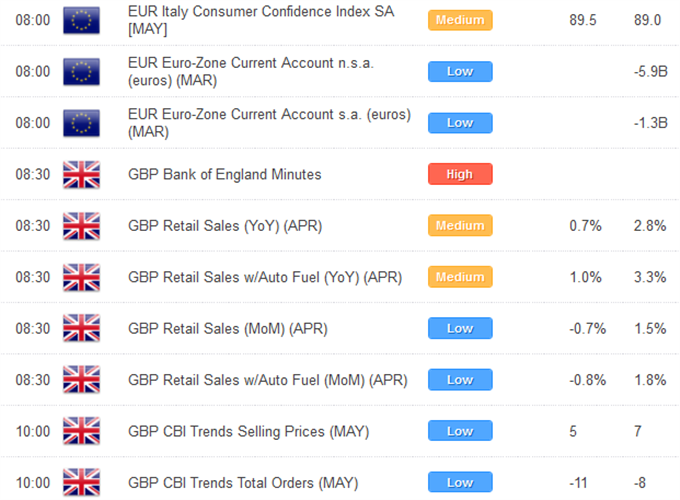 Euro At Risk for Major Drop As Eurozone Crisis Intensifies

There is nothing more poisonous for markets than fear and uncertainty. The ongoing turmoil in the Eurozone has done a good job of fueling this panic. Market participants can hardly think clearly right now and the environment is extremely reminiscent of the environment in the US markets in the early crisis during the Bear Stearns and Lehman collapse. There seems to be a complete lack of confidence in the ability for European leadership to come up with a solution on Greece, and the longer this takes, the more investors will price in the probability of an exit from the Euro. In fact, now it seems as though the question is not whether Greece will exit, rather how messy the exit will be?

The resulting price action has seen resurgence in broad based buying of the US Dollar and Yen on a flight to safety, while risk correlated assets are aggressively sold. Any rebound in the early week following some already aggressive risk selling in recent sessions has already been well offered, and the risks from here continue to be tilted to the downside. In fact, it is actually rather surprising that the Euro has not yet broken down through the yearly lows from January at 1.2625, and once this level is actually taken out, then look out below. The EU Summit later today could inspire some fresh volatility, and we will be watching closely for any positive developments. Still, we recommend that market participants take to the sidelines and patiently wait for the panic and fear to subside.

Elsewhere, the Bank of Japan has come out and left policy on hold as was widely expected. While the central bank did cite ongoing risks to the global economy, perhaps some upbeat comments towards the local economy were poorly mistimed given the escalation in global fear over the past 24 hours and recent Fitch downgrade of Japan. Unfortunately for the administration, this will only add to additional upside pressure on the Yen, which still trades rather close to its record highs against many currencies.

Technically, risk correlated assets are already well oversold on the daily charts, and it will be interesting to see just how stretched these markets can get before any sign of rebound. Aussie and Kiwi have both dropped to fresh multi-day lows against the buck, and yet both of these currencies are already well oversold on the short-term charts. The Euro is also oversold and yet, given the fundamental outlook above, things could still get much uglier. Normally, we might recommend looking to fade the risk off trade, but given just how scary markets are right now, the best place is probably on the sidelines. It is true that there is no money to be made on the sidelines, but sometimes, the best trade is no trade at all. 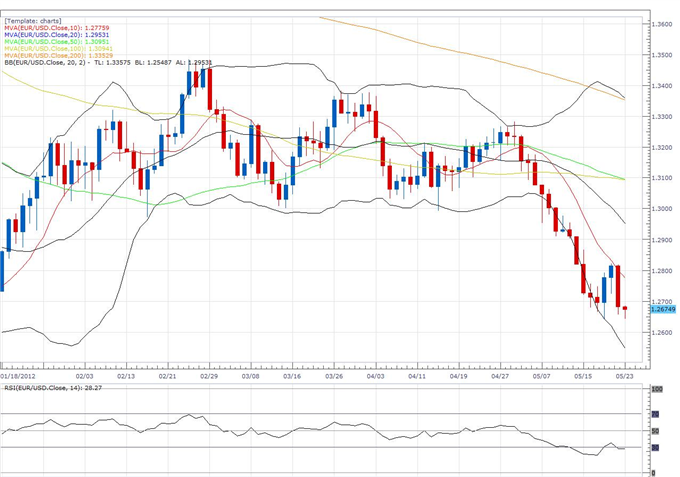 EUR/USD:The market remains under intense pressure and the focus for now is squarely on a retest and break of the 2012 lows from January at 1.2625. While we would not rule out a possibility of a sustained break below this level over the coming sessions, short-term technical studies are correcting from oversold and are showing a need for some form of a bounce from where a fresh lower top is sought out. Ultimately however, any rallies should now be very well capped by previous support turned resistance at 1.3000 in favor of additional weakness over the medium-term that projects deeper setbacks into the lower 1.2000's. 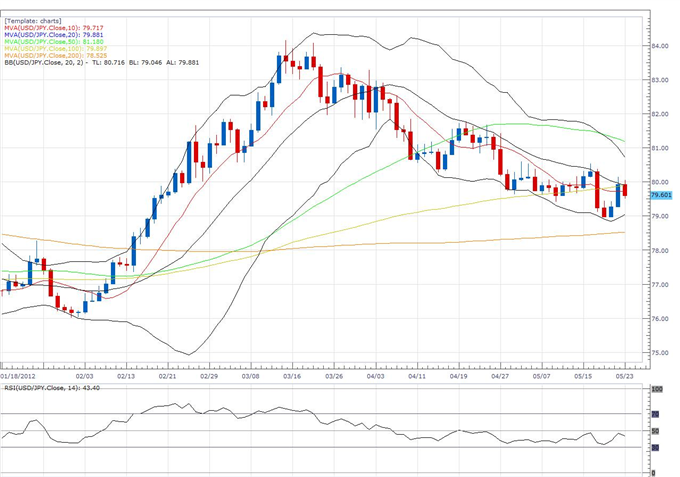 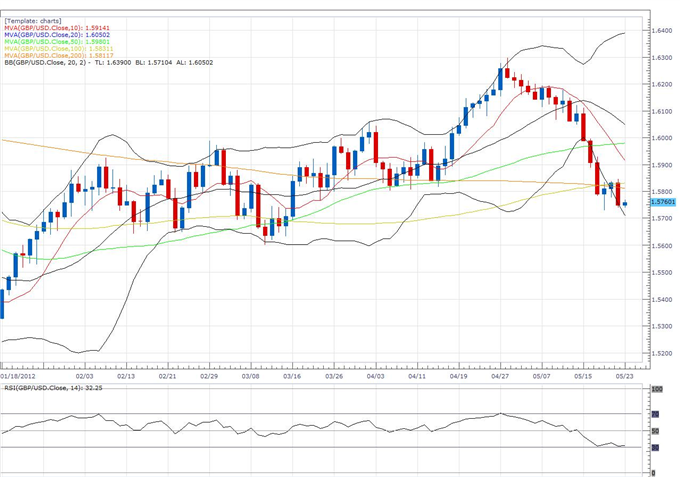 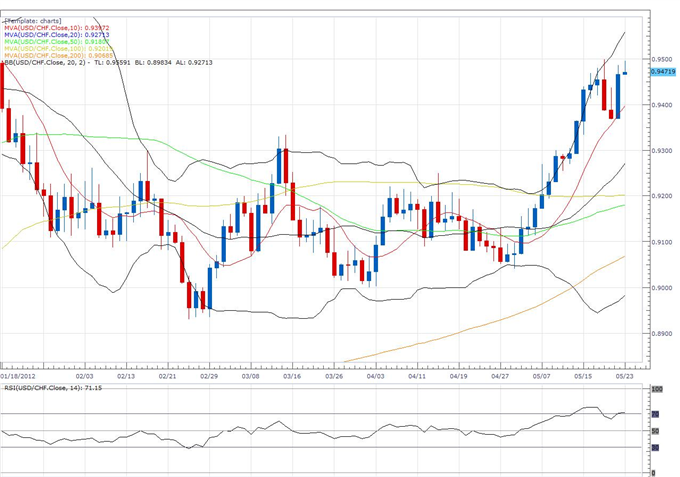