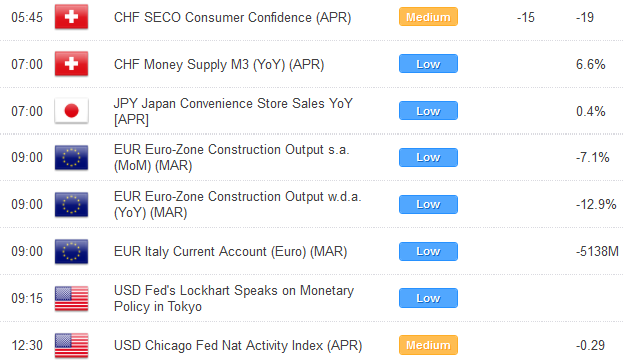 - Global equities very well offered and in need of bounce

- No fundamental catalyst for risk reversal as of yet

Risk correlated currencies will certainly be looking for some relief this week after taking huge hits over the past several days to leave short-term technical studies well oversold. Global equities will also welcome some form of a bounce as they too are well stretched. However, at this point, there is no fundamental catalyst to speak of that could really justify such resurgence in risk appetite. The Euro has managed to find some suspicious bids in recent trade, after stalling ahead of the 2012 lows from January, while other currencies have also found similar bids into Monday.

The G8 Summit has come and gone and as was widely expected (at least from our end), the meeting proved to be a non-factor in terms of coming up with any material solutions on Greece and the Eurozone crisis. From here, there will be a lot of pressure on Eurozone leadership and the European Central Bank to take action to find a credible solution that will not compromise the current Eurozone structure. As we outlined in the previous week, while a Greek exit alone would not necessarily be the worst thing, the impact and symbolic message from such an exit would be far worse, as it would open the door for contagion and a potential exit from other peripheral Eurozone countries. 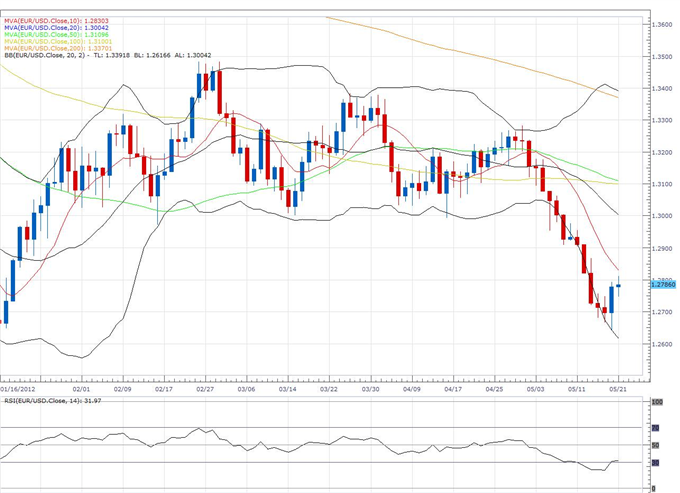 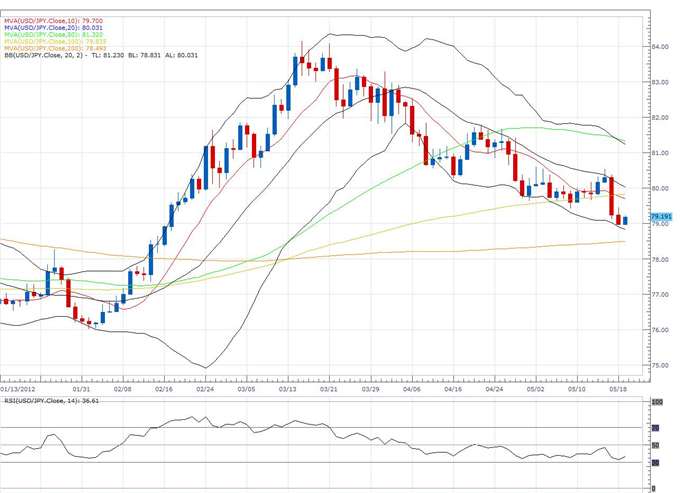 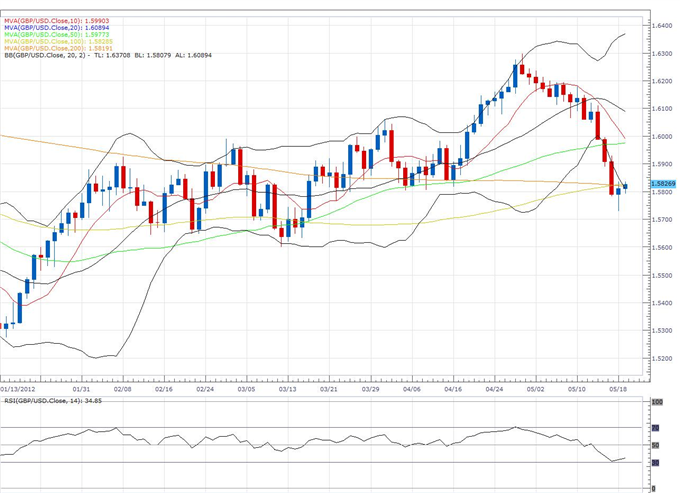 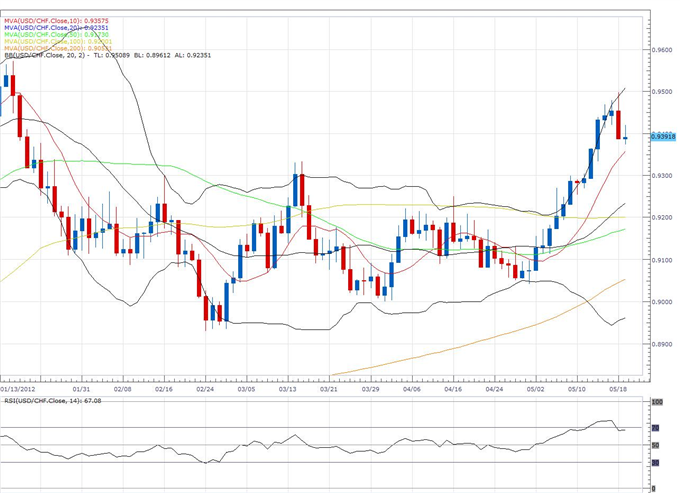