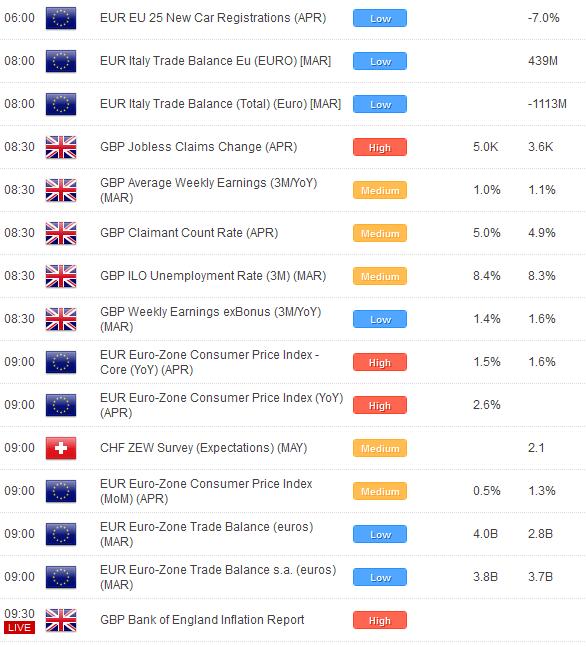 The latest bout of intensified selling in the Euro has been attributed to the ongoing political turmoil in the Eurozone.Currencies in general have followed suit, and are under pressure against the buck. With no clear resolution in sight for Greece, and new elections on the horizon, many now fear the worst and the possibility of a Greek exit is looking more realistic with every passing day. However, while the possibility is increasing and panic and uncertainty are running high on threat of contagion to larger Eurozone economies. We still do not see the markets at risk for a material sell-off from current levels before a technical correction.

We contend that the latest bout of risk-off trade has been driven more by technical selling, resulting from a daily close below 1.3000 in the Euro several days back, which now has traders setting sights set on a retest of the 2012 lows from January at 1.2625. However, given how severely overextended markets are at present, there should soon be some relief, at least for a little while, before risk liquidation continues. We often find that the middle of the week brings a reversal during periods of intense volatility, and we suspect that the US Dollar may find a top today before selling off into the remainder of this week and the next. Looking ahead, there is a good deal of economic data on tap, although we suspect attention will be focused to the FOMC Minutes due out later in the day. 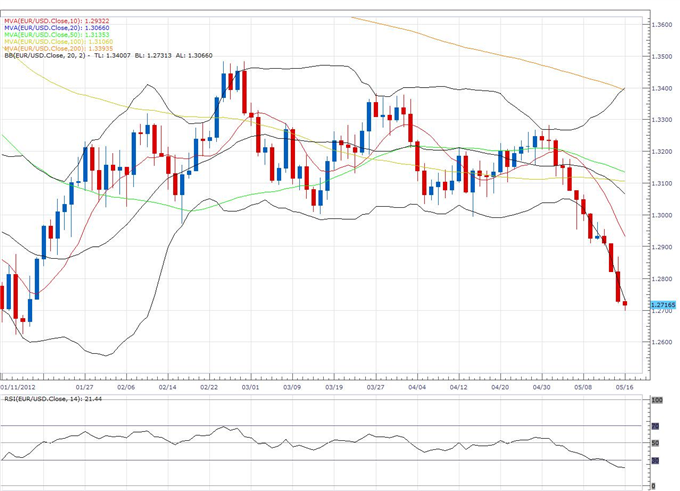 EURUSD - The market remains under intense pressure and the focus for now is squarely on a retest of the 2012 lows from January at 1.2625. While we would not rule out a possibility of a test of this level over the coming sessions, short-term technical studies are well oversold and are showing a need for some form of a corrective bounce from where a fresh lower top is sought out. Ultimately however, any rallies should now be very well capped by previous support turned resistance at 1.3000 in favor of additional weakness over the medium-term that projects deeper setbacks into the lower 1.2000's. 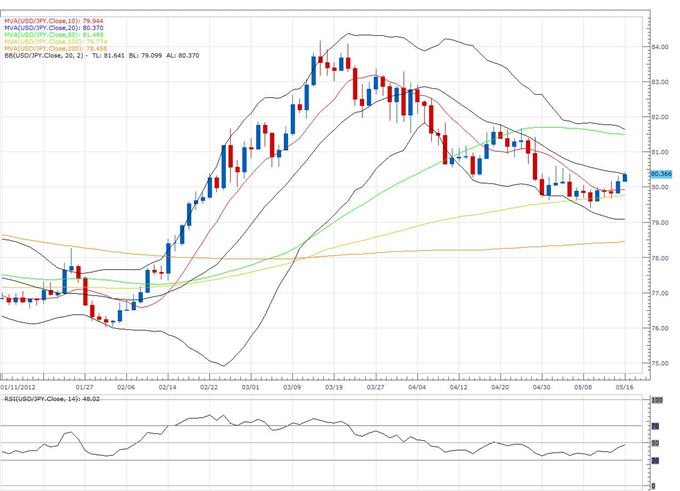 USDJPY - The market continues to consolidate around 80.00 and is in the process of looking for a medium-term higher low ahead of the next major upside extension back above the yearly highs at 84.20 and towards 90.00 further up. However, for the time being it remains in question whether the market will still head lower towards the 200-Day SMA by 78.50 before ultimately reversing higher. The key level to watch above comes in by 80.60, and a break and close above this level will officially alleviate downside pressures and suggest that a higher low has now been carved in the 79.00's. 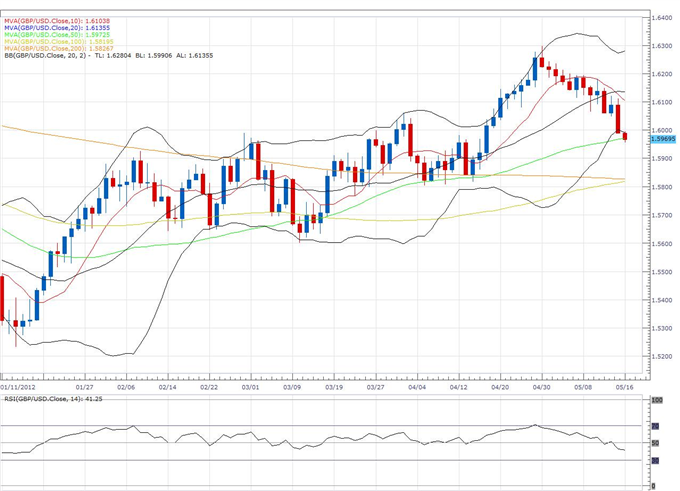 GBPUSD - The latest daily close below 1.6050 now opens the door for an acceleration of declines over the coming days back down towards next key support in the 1.5800's. At this point, look for any intraday rallies to be very well capped ahead of 1.6200, while only back above 1.6300 would negate outlook and give reason for pause. 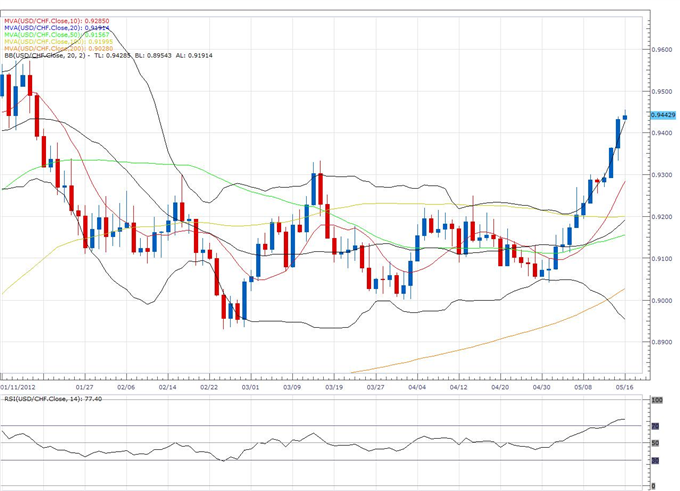 USDCHF - Overall the structure remains highly constructive and we continue to project additional upside over the coming months back above parity. For now, the latest break and close above 0.9335 is expected to accelerate gains for a retest of the yearly highs by 0.9600, while any intraday pullbacks should be very well supported ahead of 0.9200. Ultimately, only back under 0.9000 would negate outlook and give reason for pause.