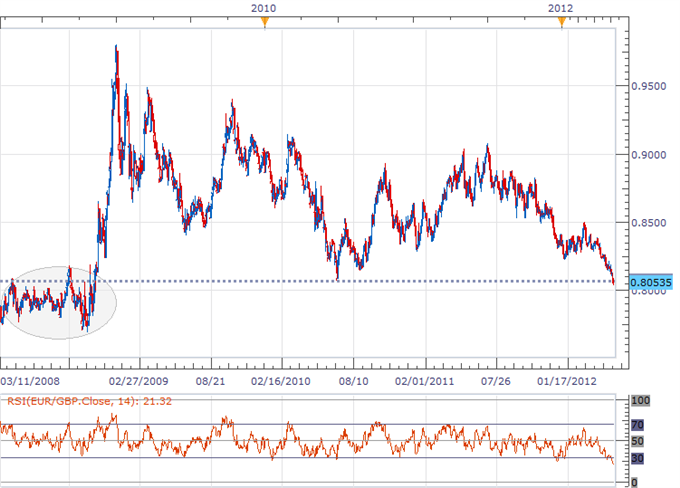 The weekend results from the French and Greek elections have shaken things up in the Eurozone, top open a fresh wave of broad based risk liquidation. Global equities have come under some intense pressure, and the US Dollar has been mostly bid on the flight to safety trade. Any hopes for austerity in France and Greece have been significantly diminished, with the newer governments now likely to decline a ratification of the EU treaty unless new growth promoting measures are included. The Euro has subsequently broken down through some major support by the 1.3000 barriers and could be at risk for deeper setbacks over the coming days towards the 2012 lows by 1.2620. For now however, shorter-term technical studies are looking a little stretched and our recommendation would be to look to sell into Euro strength rather than into additional weakness. For today, we focus on a different market in EUR/GBP, which we contend could be getting a little ahead of itself following some already steep setbacks in recent weeks.

The EUR/GBP cross rate has now accelerated to fresh yearly and multi-month lows, leaving daily studies well oversold and in serious need of a major corrective bounce. In the previous week, we had warned of the potential for another drop down towards the 2010 base by 0.8060, but also said that we would be looking to buy on a dip once this level was broken. The latest downside break on Monday has finally broken below 0.8060, and we will look to take advantage of the pullback. There is also now a good deal of previous resistance turned support at current levels, with some consolidation and congestion from back in 2008 likely to prop for the time being. The daily RSI tracks down by 20 and is dramatically oversold, and we like the idea of the fresh long in favor of a significant bounce over the coming sessions. Throw in the UK market closure on Monday, and it seems like this market may have been sold a little too aggressively. POSITION: LONG AT 0.8050 FOR AN OPEN OBJECTIVE; STOP ONLY ON A DAILY CLOSE BELOW 0.7950. 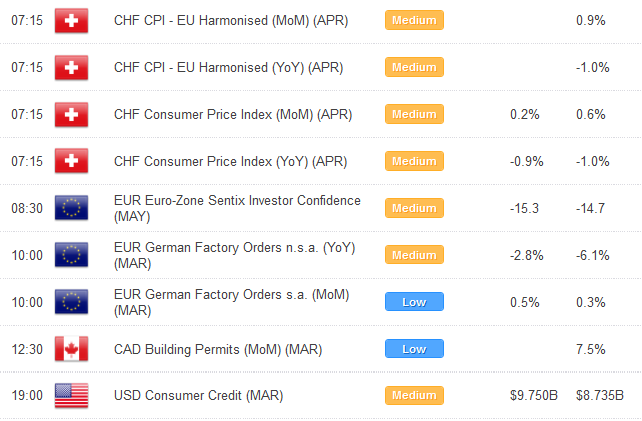