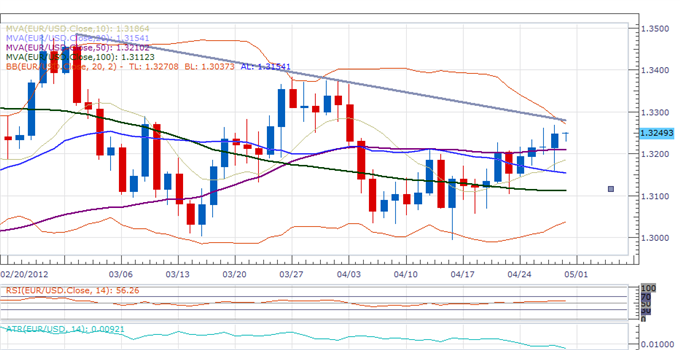 US Dollar Weakness Driven by More Than Just Risk On Trade

The US Dollar has come under some intensified pressure in recent sessions, and the across the board underperformance in the buck suggests that there could be more at play than simply risk on market drivers. While there has been clear evidence of a resumption of risk buying over the past several sessions, which can be attributed to some of the weakness in the Greenback, we would also suggest that market participants are once again looking at the Fed and seeing a central bank that is not necessarily as ready to look to reverse policy as some may have thought. A couple of weeks back the possibility for another round of quantitative easing seemed like it had come off the table, but the latest FOMC meeting has not ruled out the possibility and we suspect that this could be the source of an acceleration in US Dollar selling.

Nevertheless, we would still not recommend getting overly bearish on the buck just yet, especially with the Euro only just now about to test some key resistance by 1.3300 and still locked within a downtrend off of the yearly highs. Other major currencies like the Pound are also well overbought against the US Dollar right now, and this further adds to the case that the Greenback could see renewed strength ahead. Similarly, the Canadian Dollar has rallied to fresh multi-month highs, and at current levels, USD/CAD could start to become more attractive as a long opportunity. Other currency pairs and crosses worth watching this week include USD/JPY, which has dropped back below the previous April lows, and now threatens a deeper pullback into the 79.00’s, and EUR/GBP, which is technically oversold and approaching some major multi-month support by 0.8065.

Moving on, key event risk in the early week comes in the form of the RBA rate decision on Tuesday, and we believe that this result could have a broader influence on trade that extends beyond the Australian Dollar and into risk sentiment. Aussie has been very well correlated to risk, and given the expected 25bp rate cut on softer economic data and inflation, the RBA decision could serve as a reminder to investors that all is not entirely well within the global economy and that there is in fact a good deal of risk that still needs to be priced in. One of these risks is China and the impact a slowdown in this economy could have across the globe. We contend that the impact will be quite large and most detrimental to the correlated commodity bloc and emerging market currencies. 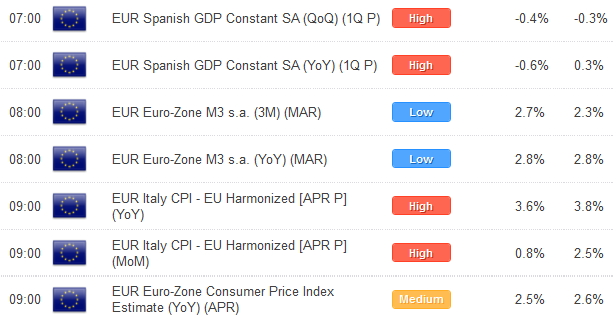