In what otherwise might have seemed to be another choppy directionless session for the currency markets, there were three key developments on Wednesday which could ultimately impact and influence the landscape and construct of the markets going forward. These developments include some hawkish comments from a Fed member, an article out of the WSJ which puts the EUR/CHF cross rate back in the spotlight, and news that Moody’s will be making their decisions for downgrades on major US banks in May.

The release of the Fed Beige Book on Wednesday showed no surprises and as was to be expected, the report painted a relatively upbeat picture for the US economy and economic recovery. The improved outlook for the US economy has recently prompted the Fed to reconsider its ultra accommodative monetary policy stance, and the latest comments from Fed Bullard only help to reaffirm this fact. Fed Bullard was out on Wednesday with some pretty strong language, saying that he saw an “extreme amount of uncertainty” over the 2014 date, and the implication was quite clear that he didn’t mean that ultra low policy would be extended beyond 2014. Bullard expressed concern over longer-term inflationary threats and went on to say that very low rates could do little at this point to speed up the drop in the unemployment rate. Overall the comments reflect a central bank that looks to be in the process of a more official shift in its outlook (last week’s Minutes also did a good job of highlighting this fact), and this could be a theme that provides some ammunition for US Dollar bulls on any form of a dip.

Moving on, an article out of the WSJ got a lot of buzz late Wednesday after the financial publication reported that the SNB could soon look to raise its EUR/CHF floor from 1.2000 up to 1.2500. The source for the article came from the head of Goldman Sachs asset management, with Jim O’Neill stressing that investors should not underestimate the SNB’s resolve. O’Neill went on to say that he felt the cross rate was extremely undervalued, while echoing the sentiments of various Swiss officials who would be more comfortable with a rate in the 1.3500-1.4000 area. Still, the Goldman comments only helped to rally the cross marginally, and it seems that until the SNB actually does step forward and take action, the markets will indeed continue to test their resolve. What is interesting in our opinion is that in this case, the SNB might be well positioned as technical studies show this cross rate still closer to the oversold side on the longer-term charts and there looks to be plenty of room for upside ahead. The trouble for the SNB is the ongoing crisis in Europe and the downside pressure that it might still place on the cross rate. Some have therefore argued that the SNB would be better off encouraging the ECB to buy Italian and Spanish bonds rather than trying to expand its own reserve portfolio.

Finally, news that Moody’s will come out with its decision on downgrades for some of the major US banks in May, has been getting attention and this could be something that influences investor sentiment and appetite for risk correlated assets. It seems as though Moody’s would like to see the investment banks in the mid-single A range, and the question is not whether there will be downgrades to these banks but rather just how aggressive the downgrades will be. One of the biggest question marks surrounds Morgan Stanley and whether the bank will be downgraded by two or three notches. Other major banks that will likely be downgraded include UBS, BofA, JP Morgan, Barclays and Goldman Sachs. With the financial and banking sector having played such a central role in the latest economic turmoil, the rating agency moves will likely impact the markets in one way or another, and we can expect a similar banking sector review by S&P later in the year.

As far as price action in the FX markets over the next 24 hours is concerned, the key market to watch will be EUR/USD. Although there was little follow through on Wednesday on the break of the previous daily high, the bullish move does still leave the door open for additional upside in this market into the 1.3200-1.3300 area. At this point, a break below 1.3000 would ultimately be required to end the latest bout of consolidation and accelerate declines to the downside. Elsewhere, the Yen remains in focus and the recent gains in the currency have been quite impressive. Still, we contend that any additional gains should be limited over the coming sessions in favor of a resumption of the newly established longer-term Yen downtrend after the currency showed signs of a major top back in February. Ultimately, any setbacks in USD/JPY should be limited to the 79.00-80.00 area and we suspect that this market will look to accelerate towards 85.00-90.00 into the second half of the year. For those of you trading the commodity bloc, we recommend keeping a close eye on the 1.0360 level in AUD/USD, with a daily close above on Thursday to potentially open a short-term corrective bounce into the end of the week. The latest much better than expected employment data (44k versus 6.5k expected) has already helped the market above 1.0360 intraday. But here as well we warn that the US Dollar should prevail and rallies will be very well capped ahead of 1.0600 in favor of an eventual drop back below parity. 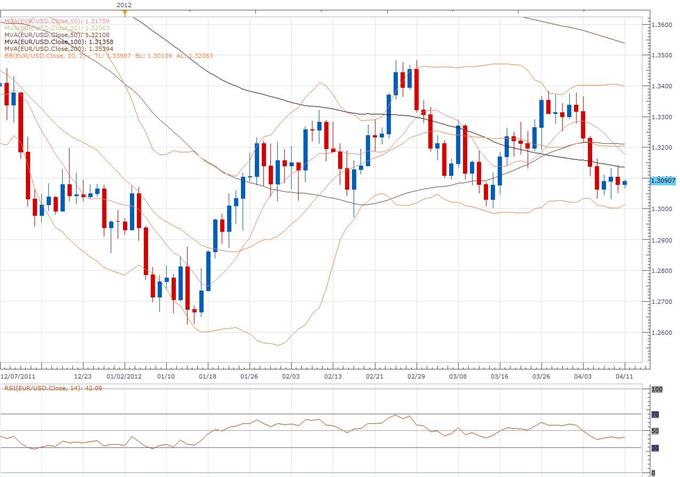 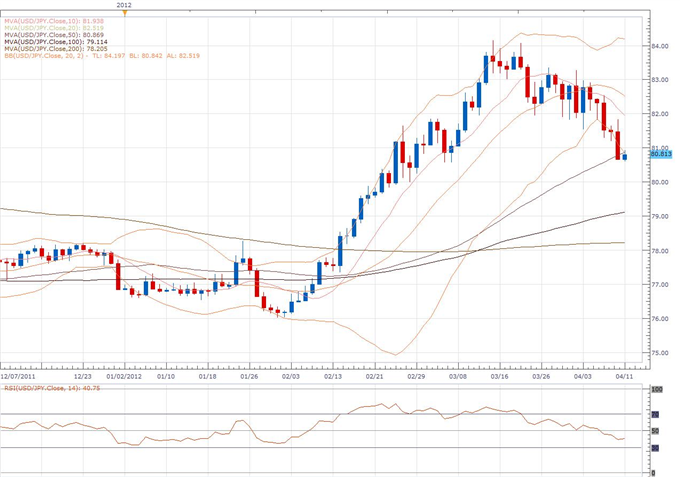 USD/JPY: The market continues to correct from the recent 2012 highs established at 84.20 several days back, and risks still exist for additional setbacks into the 79.00-80.00 area before considering a bullish resumption. Overall, our outlook is highly constructive and we see the pair in the process of carving a longer-term base ahead of the next major upside extension into the 85.00-90.00 area. We would therefore expect to see the shaping of a fresh medium-term higher low over the coming days somewhere in the 79.00-80.00 area. Ultimately, only below 78.00 delays outlook and gives reason for concern. 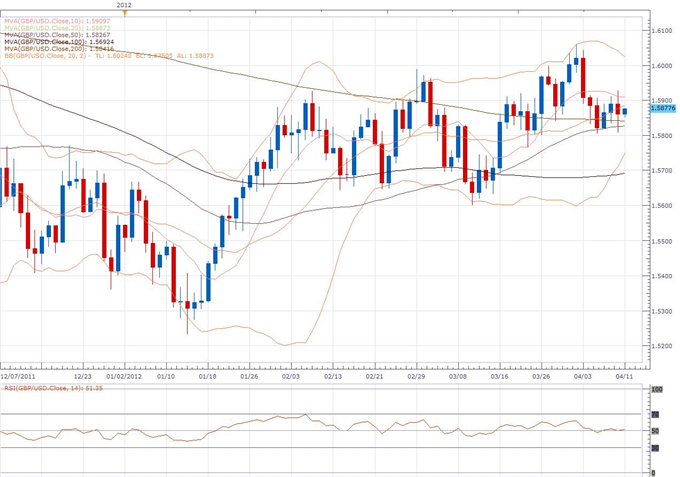 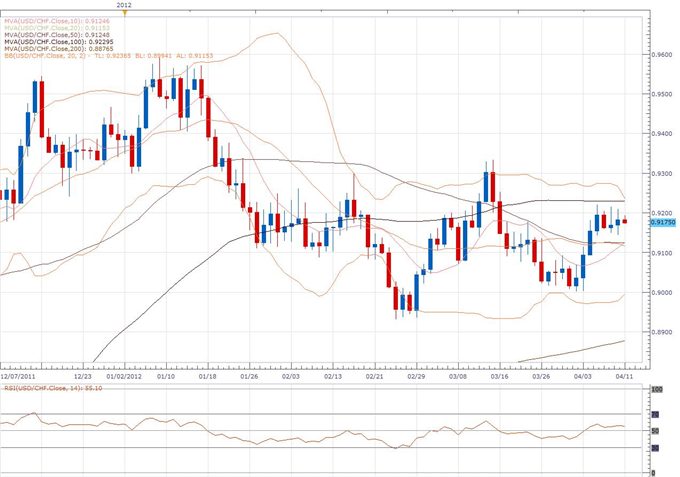