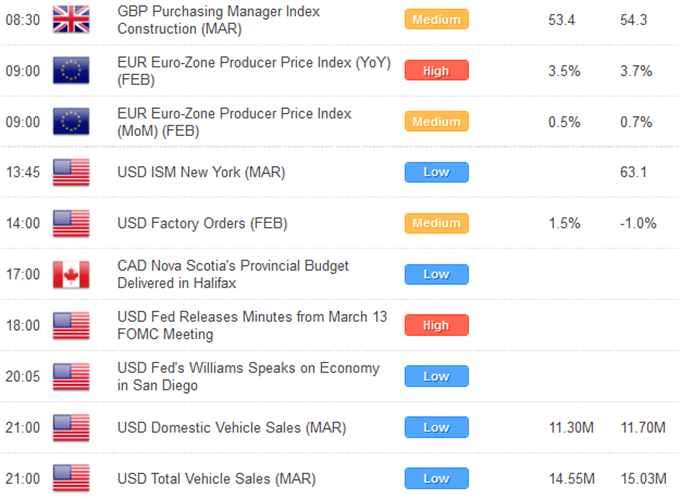 Overall, it has been an uninspired start to the week, with Monday’s price action failing to offer any hints into direction and Tuesday showing more of the same. The key event on the day thus far has been the RBA rate decision, with the Australian central bank leaving rates on hold at 4.25% as was widely anticipated. The higher yielding Australian Dollar has however come under some relative pressure in recent days, and could continue to underperform as markets start to price in a more accommodative Aussie central bank. The realities of a slower China and potential spread of the Eurozone crisis are being more widely adopted by market participants and we see this is the primary driver of Aussie weakness going forward.

The Australian Dollar has been a major beneficiary of risk on flows in recent years, with the currency tracking to fresh post float record highs in 2011 just over 1.1000. But from here there is evidence of the formation of a major technical top which exposes deeper setbacks below parity over the medium-term. Cross rates like EUR/AUD also stand to gain a great deal from the structural reversal in the Australian Dollar, with this market looking to carve a major base by 1.2000 after falling off a cliff in 2008 from levels above 2.1000. The general takeaway from the latest RBA policy decision is a central bank that is tilting more to the dovish side after hinting at the possibility of an imminent rate cut in May should inflation figures continue to show signs of softening. The Board has highlighted that the pace of output growth is somewhat lower than earlier estimated and that adjustments may therefore need to be made.

Elsewhere, we are keeping a close watch on the moves in EUR/USD, with the market still very much locked in a tight consolidation. While our core bias in this market is bearish, for now, it seems as though the shorter-term risks are tilted to the upside as the correction in 2012 continues to play out. The technical picture is showing a bullish triangle formation on the hourly/daily chart which now opens the door for a sustained break above 1.3400 and towards the 2012 highs by 1.3490 further up. At this point, only a break and close back below 1.3250 would negate outlook and alleviate immediate topside pressures. Any gains beyond 1.3500 are expected to be met with solid offers by the 200-Day SMA just shy of 1.3600. Finally, as a side note, one other cross rate worth watching this week is EUR/CHF, with the market dangerously close to testing the highly touted SNB 1.2000 floor. A break below this barrier could spark some fresh volatility in the cross. 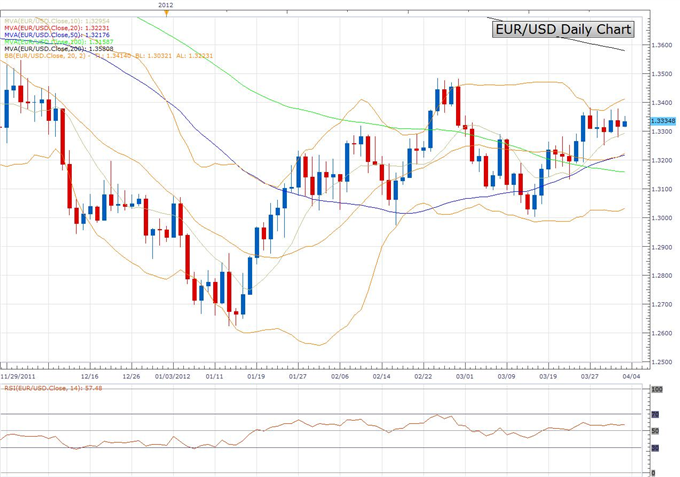 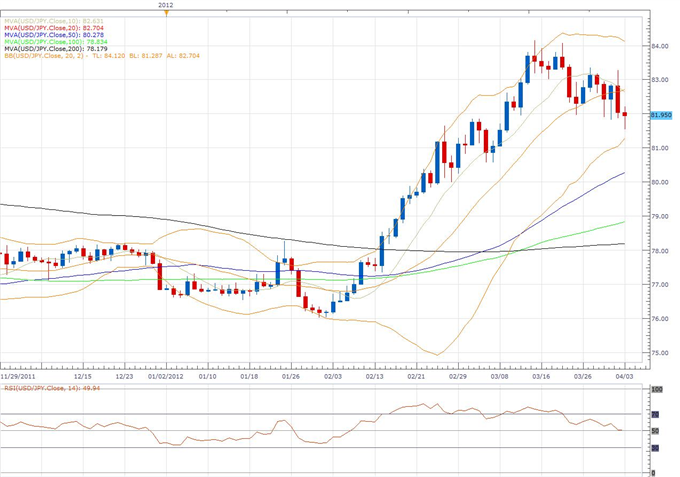 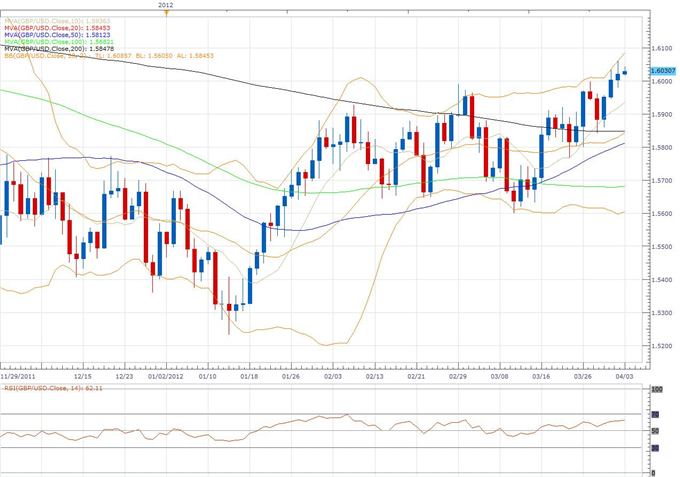 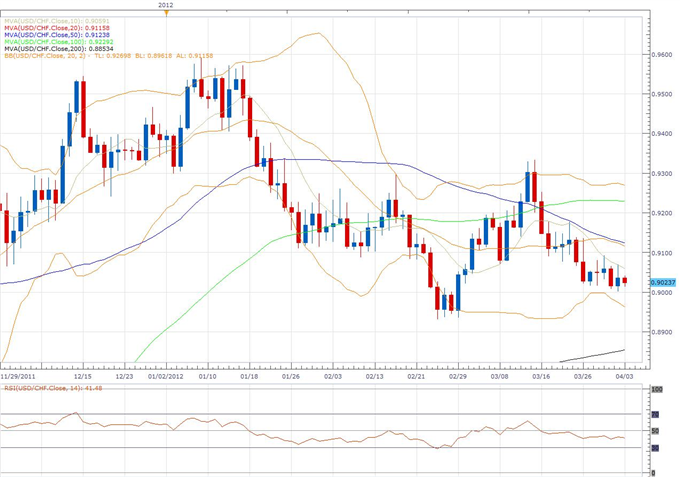