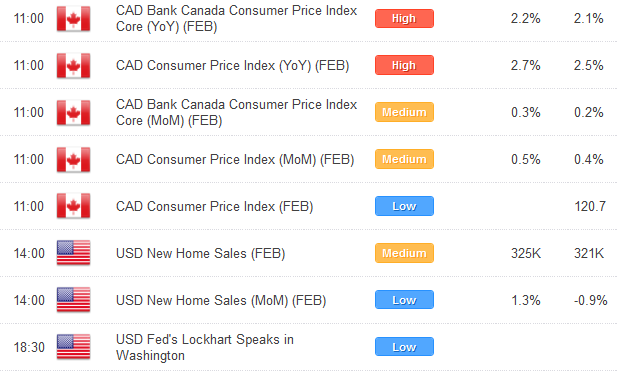 We are in the final sessions of the week and currencies seem content to close out in consolidative fashion, deferring to a busier economic calendar on Monday. However, there is a hint of risk off sentiment in the air, and we could very well see an accelerated liquidation of risk correlated assets over the coming days. Softer PMI data out of China and Europe has certainly contributed to this risk off trade, while signs of additional stress in the Eurozone have also come back to the forefront. The probability that the Eurozone has entered into an official recession in the first quarter has increased substantially, and this will likely keep the ECB in a very relaxed state with its monetary policy.

Meanwhile, the US Dollar remains very well bid on any form of a dip, and the notable shift in Fed policy speak has helped to prop the Greenback. While a majority of Fed officials are still committed to keeping rates ultra low for an extended period of time, there is a growing minority that feels the central bank should start to consider the possibility of reversing policy sooner rather than later. Fed Kocherlakota, Fisher and Bullard have all expressed such views in recent days, and the more hawkish commentary has been influencing price action.

We would recommend keeping a close watch on US equity markets into next week, with stocks showing a clear sign of an interim top in 2012 and warning of a more pronounced decline. On the currency side, the EUR/AUD cross rate has correlated very well with risk, and is now showing signs of the formation of a material base. Technically, the market looks like it could really take off over the coming days and fundamentally this provides added confirmation for our risk negative outlook. Friday should be a very quiet day of trade with very little on the economic calendar, but it will be worth paying attention to some of the key speakers on the day which include Fed Bernanke, Fed Lockhart, ECB Nowotny and EU Barrosso. 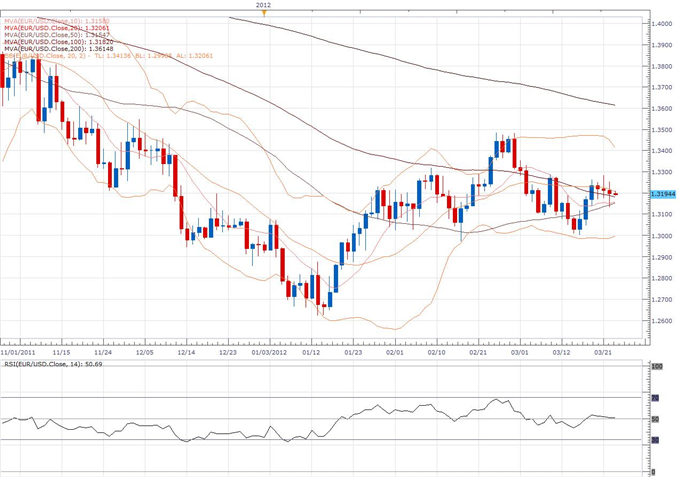 EUR/USD: The market has been well supported on the latest dip towards key support at 1.2975 and the subsequent bounce back above 1.3100 delays bearish prospects and opens the door for additional consolidation over the coming days. The key levels to watch above and below come in by 1.3315 and 1.2975 respectively and a break and close above or below will be required for clearer directional bias. In the interim we remain sidelined. 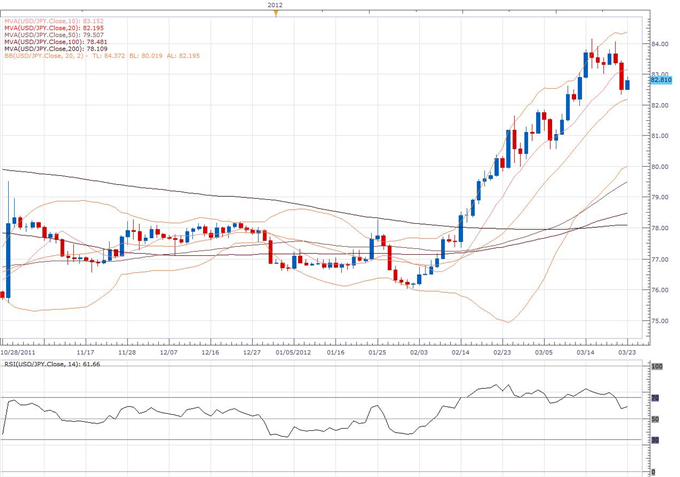 USD/JPY:The market is doing a good job of showing the potential for the formation of a major cyclical bottom after closing above the weekly Ichimoku cloud for the fist time since July 2007. This further solidifies basing prospects and we could be in the process of seeing a major bullish structural shift that exposes a move towards 85.00-90.00 over the coming weeks. At this point, only back under 77.00 would delay outlook and give reason for concern. However, in the interim, it is worth noting that gains beyond 84.00 over the coming sessions could prove hard to come by with shorter-term technical studies needing to unwind from their most overbought levels in over 10 years before a bullish continuation. As such, we would caution buying breaks above 84.00 for the time being and instead recommend looking for opportunities to buy on dips towards 80.00-81.00. A short-term double top on the daily chart could open a move into our desired buy target area. 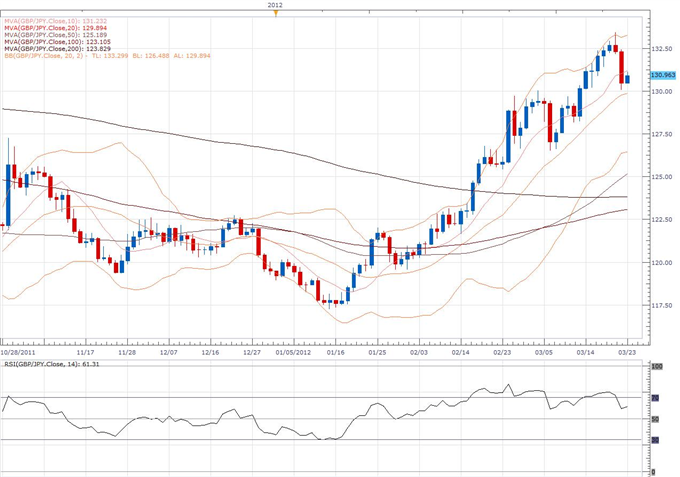 GBP/USD: The market has been mostly confined to trade between the 100 and 200-Day SMAs since early February and until we see a clear break on either end, we will continue to see some choppy range trade. Key levels to watch above and below come in by

1.6000 and 1.5600 respectively and we will wait for a break on either end to establish a clearer directional bias. 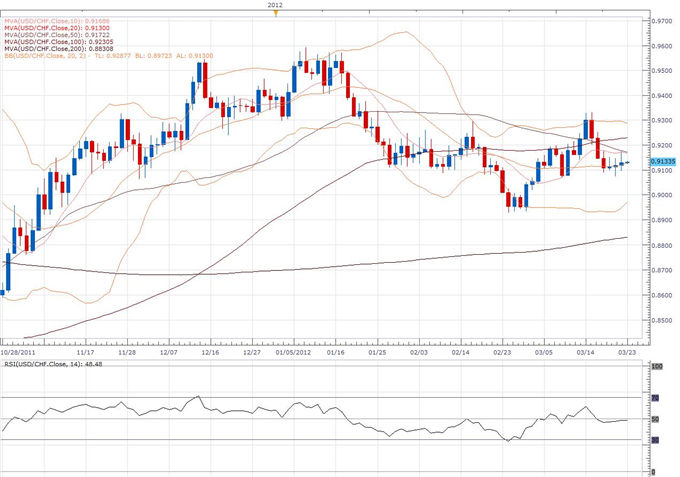