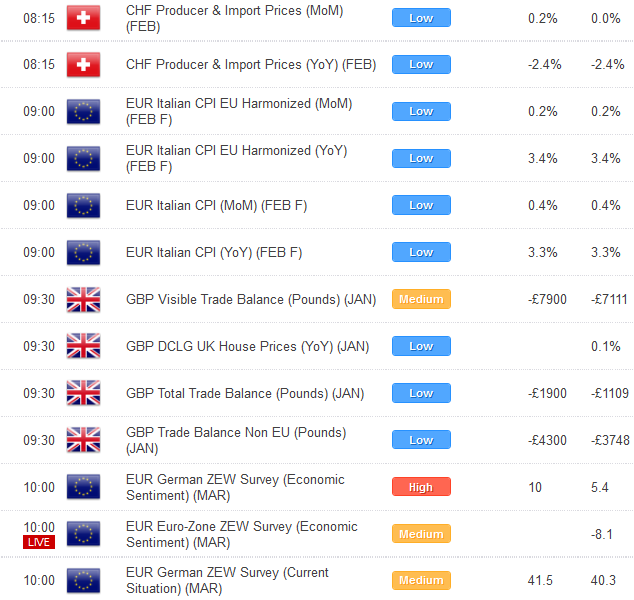 US Retail Sales Ahead of FOMC Decision Should Not Be Overlooked

Although the key event risk for the day comes in the form of the FOMC rate decision, the big market mover might in fact come a little earlier when US retail sales are released. At the end of the day, the Fed is not expected to do anything at all at today’s meeting and it would probably be in their best interest to leave its outlook as is. Right now the Fed is in a position where it needs to start to consider the possibility of signaling an earlier reversal of monetary policy than had been anticipated given the better than expected improvement in the US economy. However, it is still probably too early to make any material changes and a wait and see approach is most likely the best course of action for the time being. At the same time, this does make today’s retail sales data all the more interesting, with any signs of strength out of the numbers to do a good job of reaffirming the likelihood for a near-term shift in the outlook of the Fed and a transition to a less dovish policy.

For now, the Euro has been very well supported on dips below 1.3100 and remains locked in some choppy directionless trade. Ultimately, a break back below 1.2975 or above 1.3300 will be required for clearer short-term directional bias. Elsewhere, the Yen has found some renewed bids on Tuesday after declining over the past several days, with USD/JPY attempting to correct back below 82.00. While there appears to be a very clear medium and longer-term shift in the structure which favors significant USD/JPY upside over the coming weeks and months, short-term studies are stretched and show room for an initial pullback towards 80.00 before a resumption of gains. The Bank of Japan has left policy on hold as was widely expected, while announcing no new monetary easing measures. The central bank did however enhance a credit facility designed to encourage lending to growth industries. 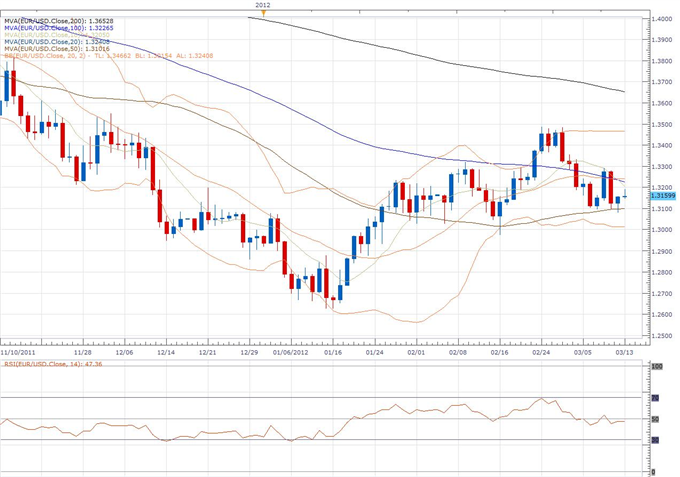 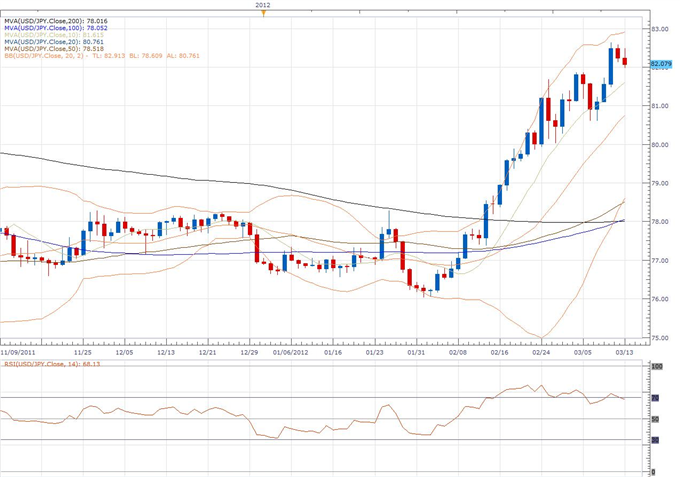 USD/JPY:The market is doing a good job of showing the potential for the formation of a major cyclical bottom after closing above the weekly Ichimoku cloud for the fist time since July 2007. This further solidifies basing prospects and we could be in the process of seeing a major bullish structural shift that exposes a move towards 85.00-90.00 over the coming months. At this point, only back under 77.00 would delay outlook and give reason for concern. However, in the interim, it is worth noting that gains beyond 82.00 over the coming sessions could prove hard to come by with shorter-term technical studies needing to unwind from their most overbought levels in over 10 years before a bullish continuation. As such, we would caution buying breaks above 82.00 for the time being and instead recommend looking for opportunities to buy on dips. 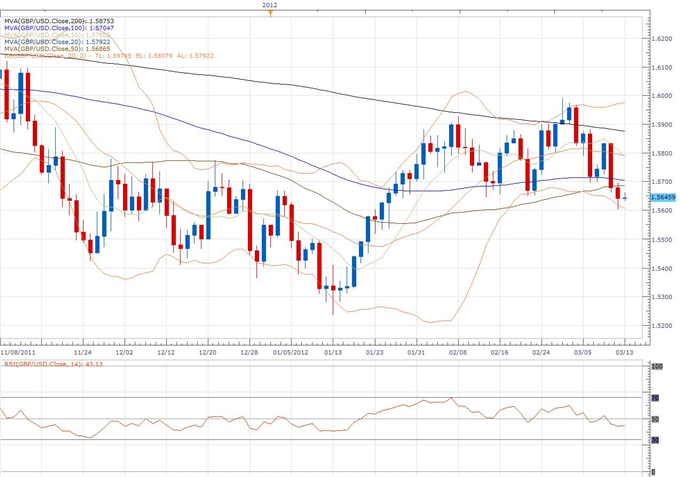 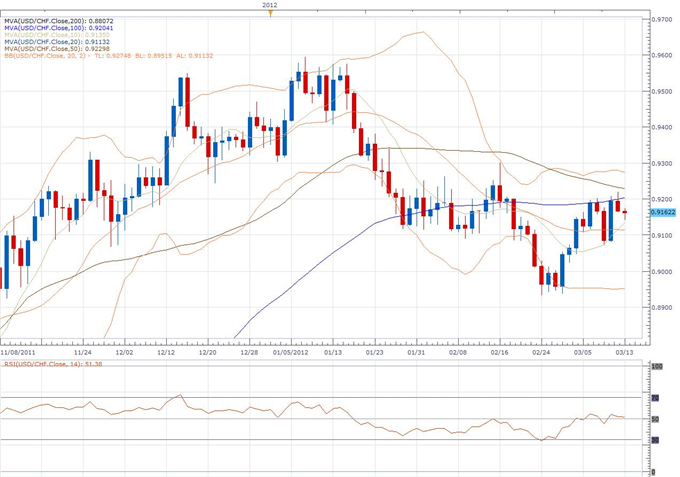