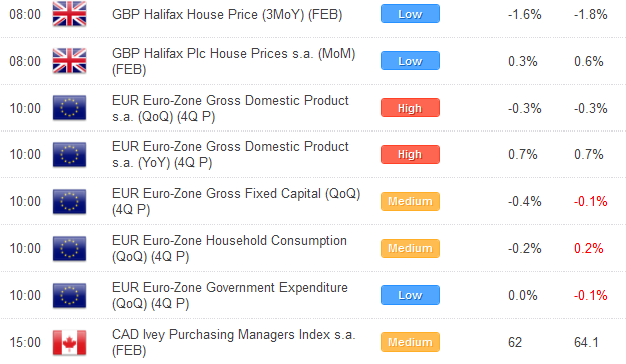 RBA Leaves Rates on Hold As Expected; Risk Off Trade Carries into Tuesday

The first big event risk of the week is now out of the way, with the RBA leaving rates on hold at 4.25% as was widely expected. The accompanying central bank statement offered nothing surprising but did show a slightly more downbeat slant than perhaps expected, after citing concerns over global growth and maintaining an easing bias. The Australian Dollar has been sold since the rate decision and the less upbeat tone along with broader risk off themes have been driving the relative weakness. China’s lowered growth forecasts have not helped matters and this already follows some softer local PMI readings.

The New Zealand Dollar however has been the standout underperformer on the day thus far, with the market accelerating to the downside following a break of some key support by 0.8250 in the previous day. Elsewhere, ongoing concerns over the outcome of the Greek PSI talks will likely provide an added layer of uncertainty in the markets and developments on this front should be watched closely. Investors will also continue to look ahead to the risk in the latter half of the week associated with the RBNZ, BOE, and ECB rate decisions, along with US NFPs. 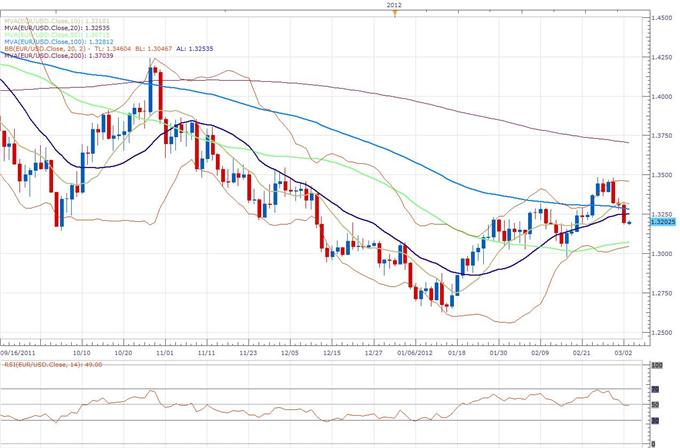 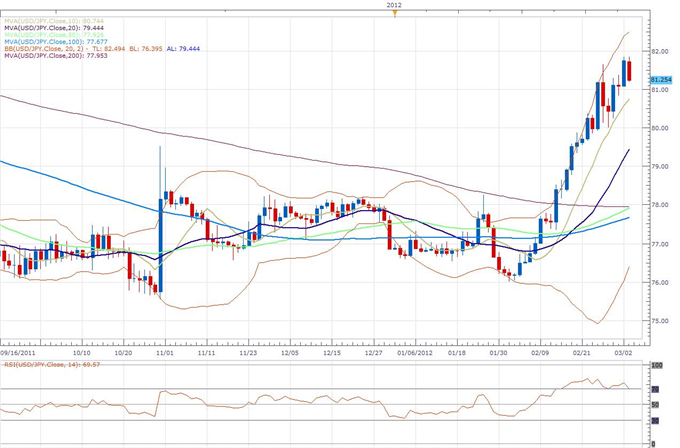 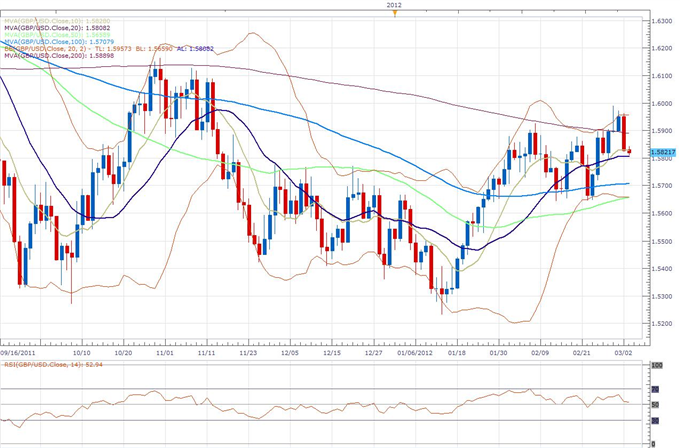 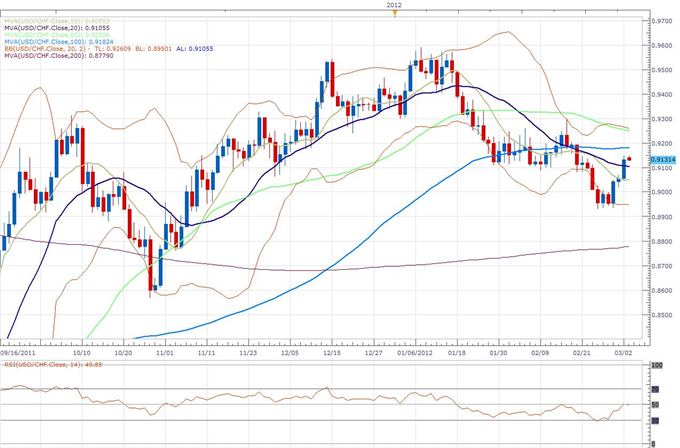