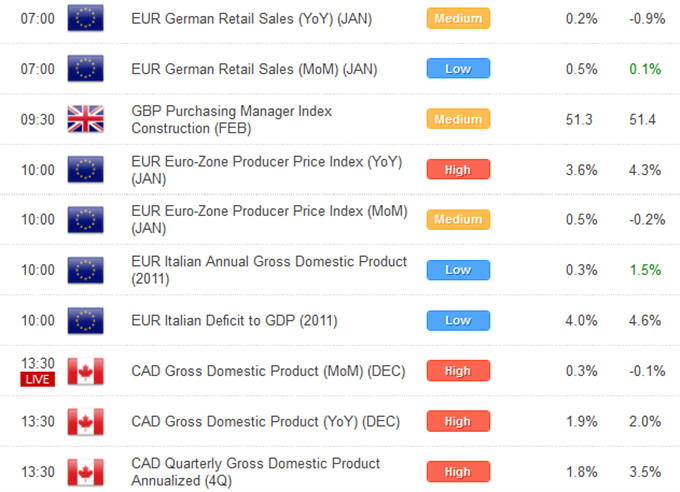 A Week in Review; Risk Correlated Assets Remain Well Bid, But Why?

The week is nearly at an end and two major events are now behind us with the ECB LTRO complete and Fed Chair Bernanke offering his outlook for the US economy. The net result in the currency markets has been mixed, with the US Dollar finding bids against the Euro and Yen, but at the same time falling victim to the higher yielding and more risk correlated currencies. We are somewhat surprised with this reaction given the events of the week, particularly with the US Dollar selling against many of the higher yielding currencies.

While there were certainly a good deal of positives to come from the LTRO, the event itself reflects an economy that is still very much in trouble, with a good deal of work ahead before we will see meaningful recovery. While this week’s Euro drop was quite appropriate given what we have just said, other currencies seemed to not be too concerned with additional risks to the Eurozone and threat of contagion. We think the latest S&P assessment of the LTRO is accurate, with the rating agency saying that the ECB operation fails to "address the underlying structural issues in the banking sector." This in our opinion highlights certain fundamental risks which should not support risk correlated assets, or higher yielding currencies which could very well be exposed to the structural problems in the Eurozone.

Moving on, the second major event of the week, Fed Chair Bernanke’s economic assessment, has also been anything but positive for risk assets. Up until this point and throughout the economic crisis, market participants have been using the central bank’s commitment to ultra accommodative policy as an opportunity to fund their equity investments at historically low rates. Although on the surface the message of ultra accommodation for an extended period of time should be disturbing (as it also means that the economy is not in great shape), investors have disregarded this part of the message and focused only on the fact that money is going to be very cheap for a very long time and therefore have mitigated risk in putting their money to work. While we understand this logic, we have always had a difficult time accepting the fact that equities and other risk correlated assets should be so well bid on the incentive in investing in them rather than on the value of the actual securities themselves.

In is testimony, Mr. Bernanke should have taken the wind out of the sails of risk bulls by adopting a much less dovish tone than that for which markets had hoped. Firstly, the Fed Chair made no mention of another round of quantitative easing or monetary policy accommodation; secondly, he reminded investors that the language of rates being low for an extended period of time was not set in stone. Again, as things have been correlating, this in theory should be an equity and risk negative event, with the message that rates may go higher earlier than we think and that with the US economy showing signs of recovery, this is certainly a more realistic possibility. For investors, this means potential trouble, as the combination of an only recovering economy (i.e. still difficult economy), with higher rates, will make things much less attractive in terms of risk incentive, spending, and local equity markets.

Overall, given these two major developments, we have a hard time arguing for another surge in risk correlated markets and continue to hold onto a very bearish outlook from here on global equities, and risk correlated currencies like the Australian Dollar, New Zealand Dollar, Canadian Dollar, and emerging market FX. We think the global outlook is not favorable for these markets and would therefore expect to see some major underperformance here going forward. We are also certainly in the minority here, and to this point, there has been no real confirmation in price action to validate our call. Still, with US equities so close to record highs from 2007, and with the commodity bloc currencies trading by longer-term cyclical highs, we wonder how much longer it will be before our outlook materializes. Looking back at this past week, we have every indication that could be very soon. 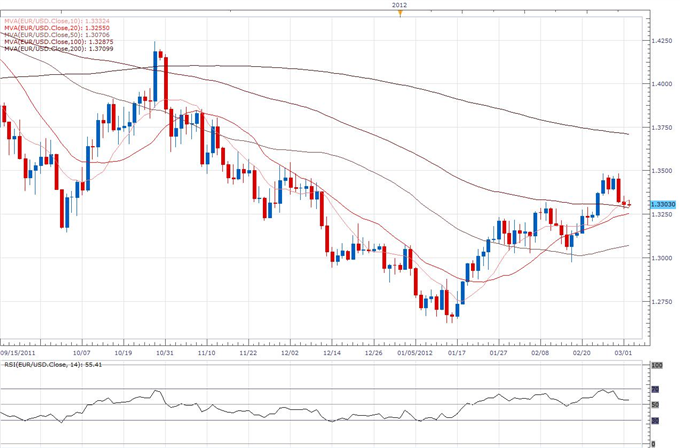 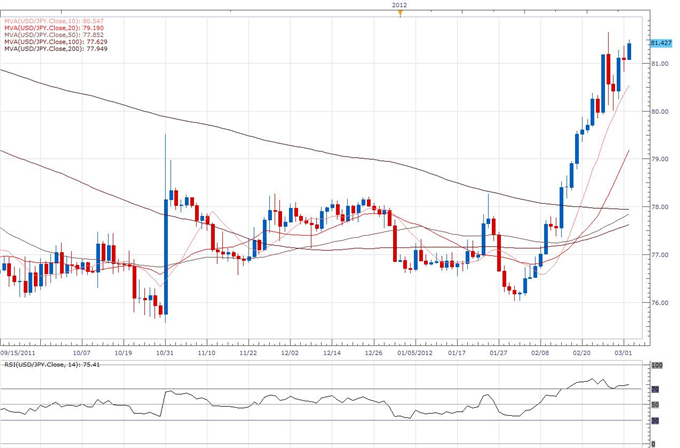 USD/JPY:The market is doing a good job of showing the potential for the formation of a major cyclical bottom after taking out the 200-Day SMA and now clearing psychological barriers by 80.00 for the first time in 6 months. This further solidifies basing prospects and we could be in the process of seeing a major bullish structural shift that exposes a move towards 85.00-90.00 over the coming months. At this point, only back under 77.00 would delay outlook and give reason for concern. However, in the interim, it is worth noting that gains beyond the recent highs at 81.70 over the coming sessions could prove hard to come by with technical studies needing to unwind from their most overbought levels in over 10 years before a bullish continuation. As such, we would caution buying breaks above 81.70 for the time being. 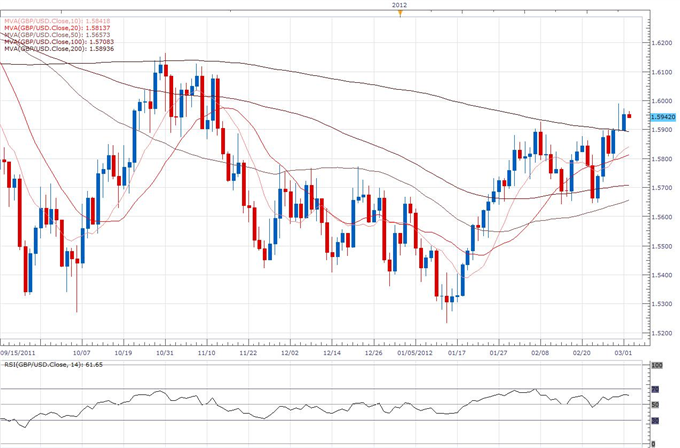 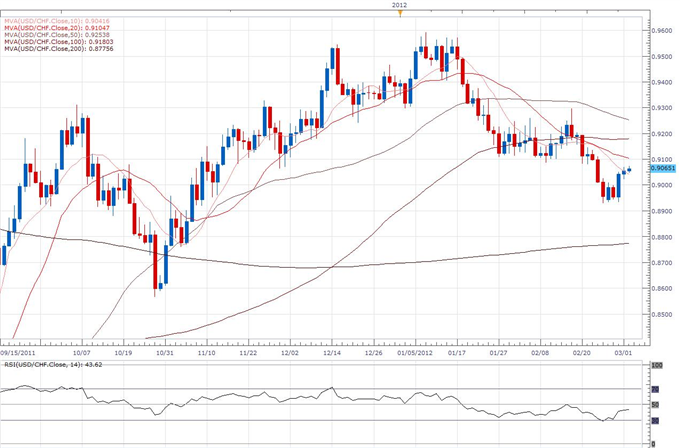