Markets have been very quiet over the past 24 hours and there has been very little in the way of any noteworthy developments. The two most interesting things going right now in our opinion are the price action in the Yen, and the price action in global equities prices. While most of the time these two markets would be highly correlated and effectively one in the same in terms of understanding the driver behind their respective moves, at present, this is not the case and the two markets have lost their correlations for now.

The depreciation in the Yen over the past several sessions has been nothing short of impressive and the market looks like it could really be in the process of carving a meaningful top against many of the major currencies. But what is even more fascinating is that the move in the Yen brings with it no clear catalyst for the aggressive pullback. We can not point a finger at any one fundamental driver and attribute it to the move in the Yen. Certainly, whether risk has been on or off has been irrelevant to the price action in the Yen in recent sessions, and the market seems to be stubbornly moving in one direction, paying very little attention to any of the fundamentals. We acknowledge that the recent move by the Bank of Japan to increase bond purchases is playing some part in the Yen depreciation, but at the same time have a hard time attributing the recent sell-off to this fact alone.

We have even been seeing a strong breakdown in correlations between Japanese yields and the Yen, with yields tracking far more stable since the depreciation in the Yen in recent days, and far more stable following the Bank of Japan easing announcement. The resulting price action could therefore be more reflective of a massive repositioning in the currency which now warns of a major structural reversal over the medium and longer-term, projecting significant depreciation in the currency. Technically, the sell-off in the Yen makes perfect sense to us, and we have been looking for a USD/JPY bottom for some time. However, it is the pace of this reversal that is more concerning right now, and with daily studies showing massive oversold readings in the Yen (USD/JPY highly overbought), we wonder if we might not see a material reversal in the Yen (ie a stronger Yen) over the coming days.

While equities have been well bid of late which certainly has not hampered the depreciation in the Yen, there are now signs emerging which suggest a more significant reversal in global equities could play out. Should this in fact be the case, then we could very well see those familiar correlations kick back into gear and open a wave of flows back into the Yen. Global equities are the second interesting price action development in our opinion, and we continue to contend that even as attractive as equities may be in this ultra-low yield environment, the performance in these markets is not reflective of global macro fundamentals and we would therefore expect to see these markets sell off a good deal over the coming weeks. The idea that equities are now so close to their pre-crisis record highs is unnerving, and with daily technical studies looking stretched across the board, there appears to be no better time to start to look to getting bearish on stock markets. 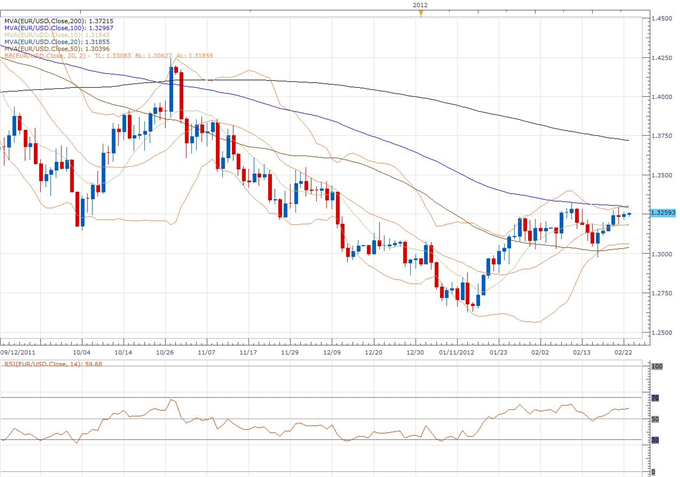 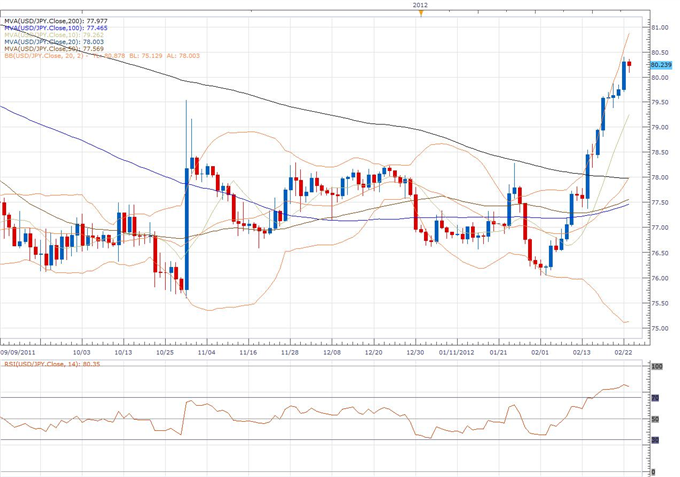 USD/JPY:The market is doing a good job of showing the potential for the formation of a major cyclical bottom after taking out the 200-Day SMA and now clearing psychological barriers by 80.00 for the first time in 6 months. This further solidifies basing prospects and we could be in the process of seeing a major bullish structural shift that exposes a move towards 85.00-90.00 over the coming months. At this point, only back under 77.00 would delay outlook and give reason for concern. However, in the interim, it is worth noting that gains beyond 80.00 over the coming sessions could prove short-lived with technical studies at their most overbought levels in over 10 years and warning of some corrective declines towards previous resistance now turned support by 78.00 before bullish continuation. 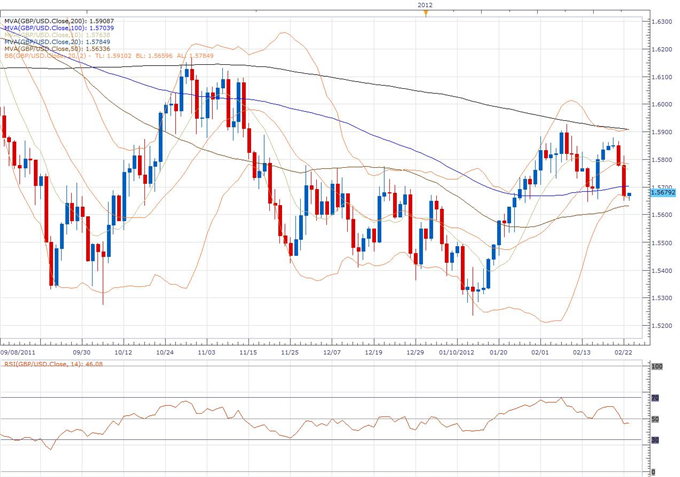 GBP/USD: Rallies have once again been well capped ahead of the 200-Day SMA in favor of yet another bearish decline. But setbacks have stalled by some key multi-session support by 1.5645, and it will take a break and close back below this level to officially force a shift in the structure and accelerate declines. Until then, expect some more choppy consolidation and potential range trade. 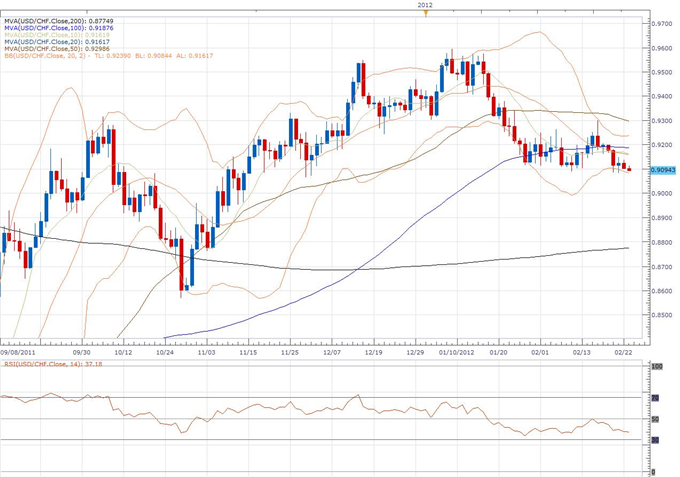