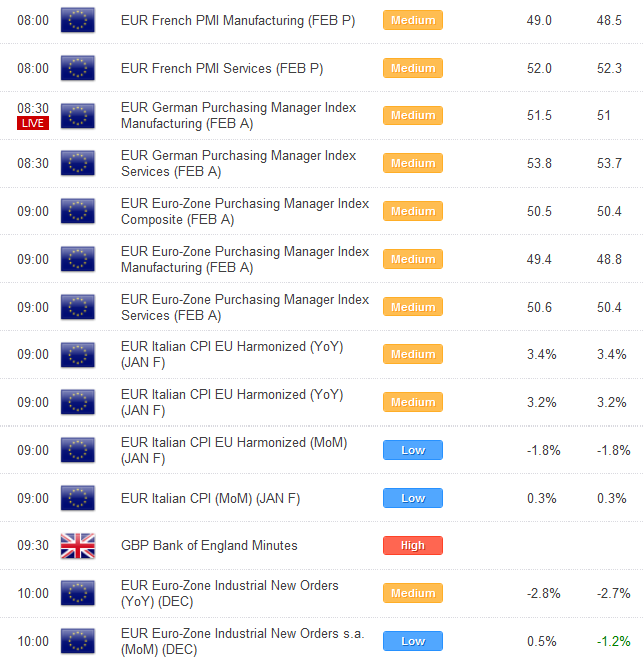 The fallout from the latest Greece agreement has been rather uneventful and the Euro remains locked in a multi-session consolidation. Although the development was indeed a positive one, investors are still anticipating more troubles out of the Eurozone over the coming days and weeks. The question on everyone’s mind right now is whether Greece will indeed be able to effectively implement the austerity measures required by the EU and IMF. The UK Telegraph has also dampened things somewhat after pointing out that with Greek elections just around the corner, there is still a good deal of uncertainty that needs to be priced in.

But with all of the attention on the ongoing Eurozone saga, some might be missing the more interesting price action in the market right now, with the Yen taking front and center stage. After months of directionless price action by record highs against the US Dollar, the Yen has finally started to breakout and to the downside for that matter, warning of a major structural shift. The recent moves by the Bank of Japan to increase bond purchases have not been taken lightly, and this is seen as the primary driver for the Yen selling.

Additionally, the impressive bid tone in global equities and the Nikkei in particular is also adding to the Yen depreciation. From here however, we think additional Yen weakness over the short-term could be a tough go, with technical studies so stretched and warning of a short-term correction. USD/JPY has broken back above 80.00, but there are some solid offers between 80.25-80.75 that should cap additional gains from here. It is also worth noting that the daily RSI in USD/JPY is at its highest levels since December 2001 when the market was trading above 130.00. 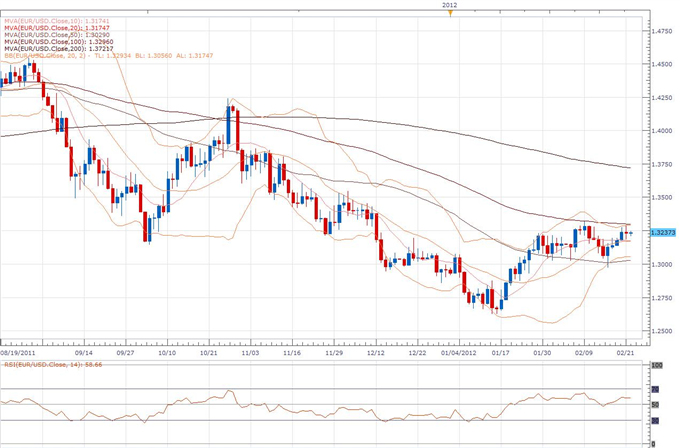 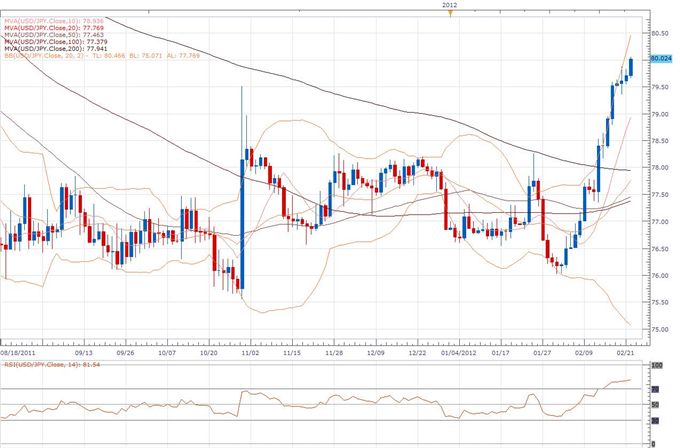 USD/JPY:The market is doing a good job of showing the potential for the formation of a major cyclical bottom after taking out the 200-Day SMA and now clearing psychological barriers by 80.00 for the first time in 6 months.This further solidifies basing prospects and we could be in the process of seeing a major bullish structural shift that exposes a move towards 85.00-90.00 over the coming months. At this point, only back under 77.00 would delay outlook and give reason for concern. However, in the interim, it is worth noting that gains beyond 80.00 over the coming sessions could prove short-lived with technical studies at their most overbought levels in over 10 years and warning of some corrective declines towards previous resistance now turned support by 78.00 before bullish continuation. 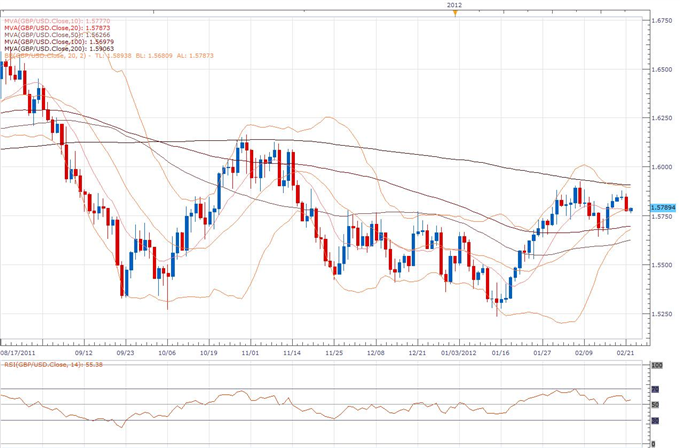 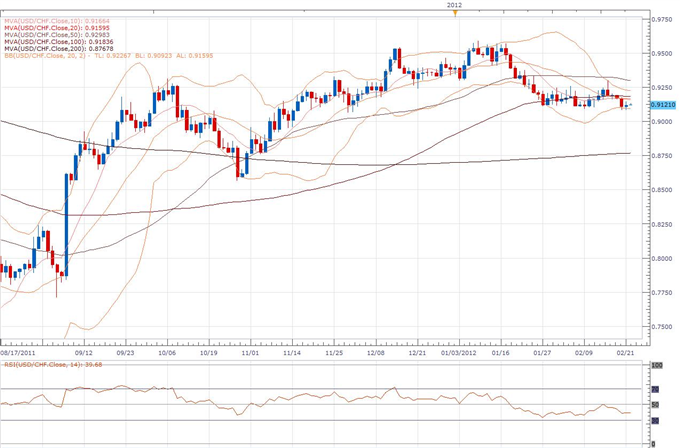