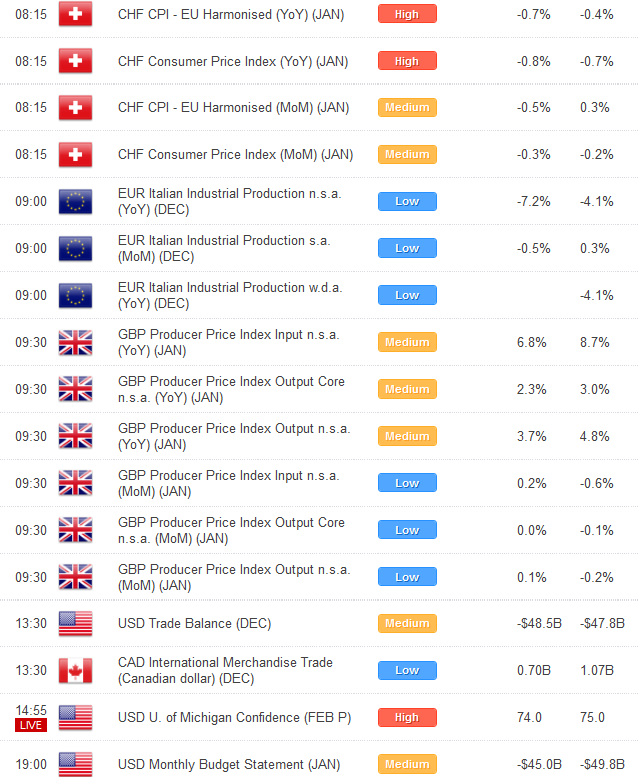 The response to the second Greece bailout has so far been less than impressive, with the Euro failing to materially extend gains against the buck on the news of Greek politicians agreeing to the austerity measures needed to unlock Eur130B aid money. However, one interesting development has been the outperformance in the Euro relative to the commodity currencies, and this could be where the single currency stands to benefit the most from the Greece news.

The Euro has been under tremendous pressure against the commodity bloc for some time now, resulting in fresh record lows against both Aussie and Kiwi, and the latest developments in conjunction with some not so positive news for the commodity currencies could tip the scales a bit back in favor of the Euro. We have been seeing an ongoing deterioration in Chinese economic data, with the most recent trade data reflective of the softening fundamentals, and this should be a knock against the correlated Australian and New Zealand Dollars.

Additionally, the RBA statement was rather downbeat after the central bank revised down its inflation and growth forecast for 2012. It is also worth noting that incoming RBA board member Heather Ridout was on the wires describing the Australian Dollar as having too much froth in it. Still, we would not get overly bearish on the Australian Dollar just yet, as this is a market that has continued to remain exceptionally well bid on any form of a dip given the highly attractive yield differentials. Our core bias is aggressively bearish on the Australian Dollar both technically and fundamentally, but at this point, there is no sense in exercising this bias just yet. We have already begun to build short Aussie positions, but will wait for a little more confirmation before increasing our exposure.

Elsewhere, USD/JPY continues with its impressive recovery and the prospects for material basing our once again looking like a solid possibility. Next key resistance comes in by 78.05-78.30 in the form of the 200-Day SMA and some key multi-day range resistance, and a break above here could very well accelerate gains towards the critical October highs at 79.55. EUR/CHF has also been very well supported in recent trade, and the SNB will find comfort in the cross’ break back above 1.2100. US equity futures are tracking lower on the day and we would also recommend keeping a close watch on these markets. Technical studies are looking quite stretched and we anticipate some bearish price action over the coming sessions. 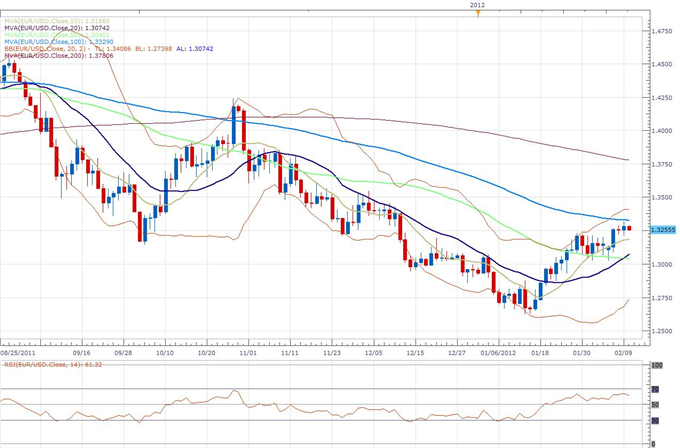 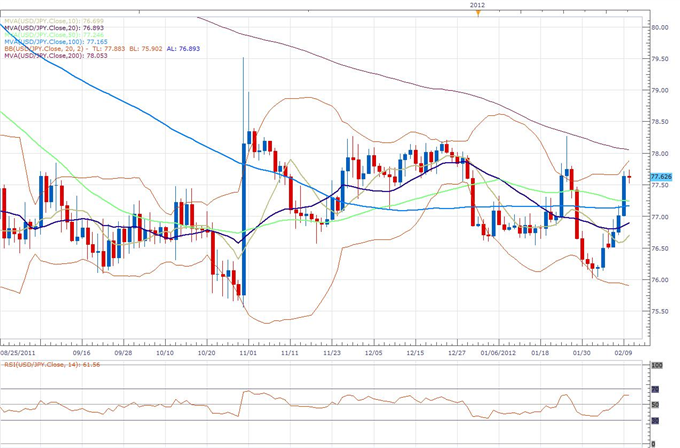 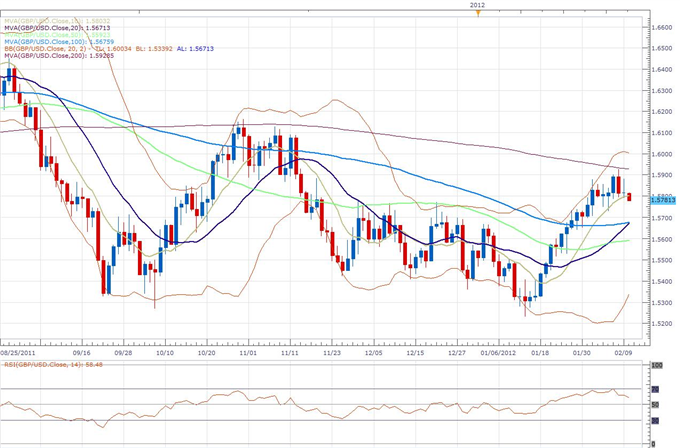 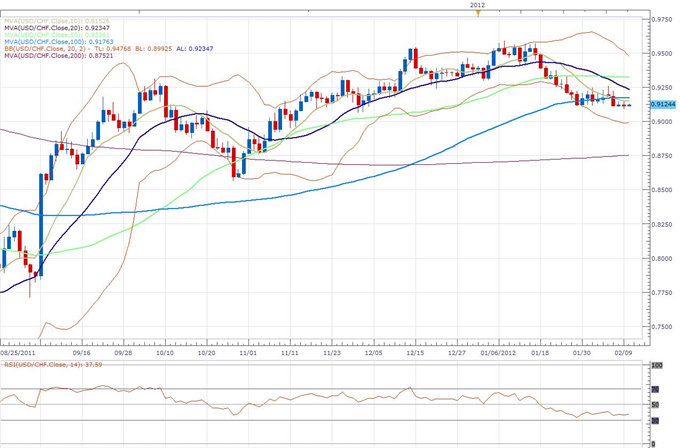