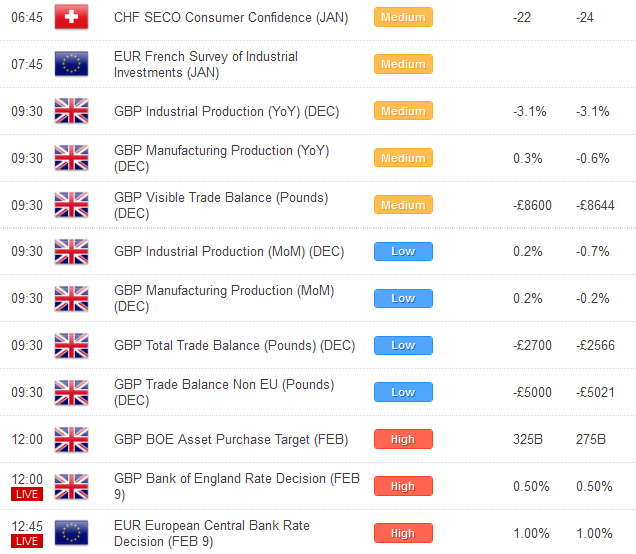 Thursday is a day of event risk with both the Bank of England and European Central Bank set to decide on rates. However, unlike other rate decision days in past, the central bank policy decisions are likely to take a backseat to more risk sensitive themes in the form of the Eurozone crisis and ongoing Greek saga. Many are expecting that a Greece deal will get done at any moment, and this should help to bolster sentiment somewhat, but with technical studies showing risk correlated assets looking overdone, we wonder how much more the Euro and other risk sensitive currencies have in the tank before once again relenting to broader pressures and rolling back over.

While the ECB is not expected to change policy in any way, the Bank of England will probably be making a move, through an increase in asset purchases by GBP50B. We have already seen some relative underperformance in the Pound in recent sessions, perhaps in anticipation of this actualization. Elsewhere, Chinese government officials are certainly not pleased with the latest inflation results, with the data coming in hotter than expected and making the PBOC’s job all the more difficult. A combination of a slowing economy and rising inflation is a mixture that other economies have struggled to contend with throughout the global crisis, and this makes China’s job significantly more challenging.

We continue to see the China risk as one that has not yet appropriately been priced into markets, and a risk which ultimately will more heavily on currencies like the highly correlated Australian Dollar. Moving on, the Yen and Franc have been quietly depreciating from key levels in recent sessions and it will be interesting to see if both these currencies can continue to show signs of more significant deterioration ahead. Technically, price action in EUR/USD will be the most critical as far as gauging directional bias, and although we feel that additional upside should be limited from here, we see risks for gains to extend towards 1.3400 before the market attempt to carve the next medium-term lower top. 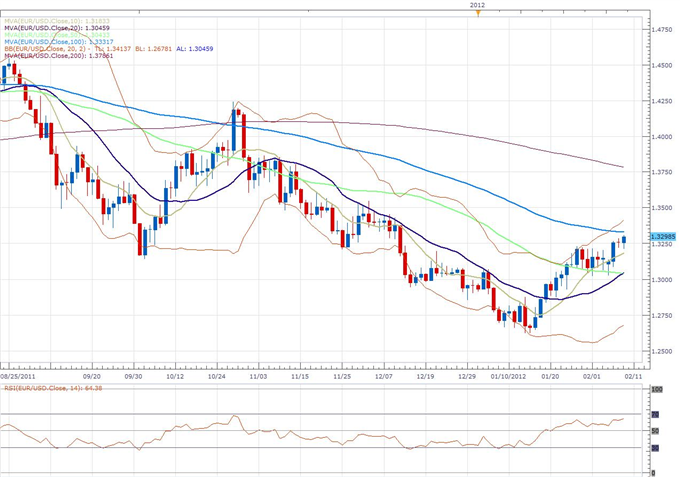 EUR/USD: The latest multi-session consolidation has been broken, with the pair clearing resistance at 1.3235 and now opening the door for a test of the next key level in the form of the 100-Day SMA just over 1.3300. Given the recent consolidation range of approximately 200 points (1.3025-1.3235), we will leave the door open for a move towards the 1.3450 area before the market eventually looks to stall out and carve a more meaningful lower top ahead of broader underlying bear trend resumption. A break back below 1.3025 is now required to officially alleviate immediate topside pressures. 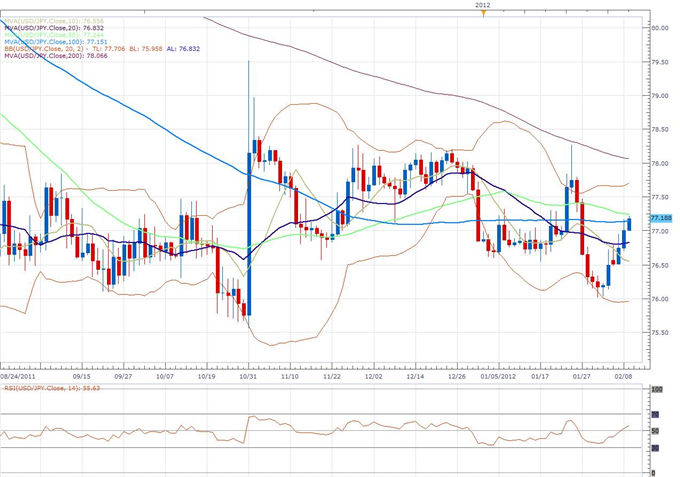 USD/JPY:The market could once again be looking to carve an interim base after setbacks stalled shy of the record lows from October by 75.55. A bullish reversal day from last Friday has shown some decent follow through and the latest daily close back above 77.00 should do a good job of alleviating immediate downside pressures and reintroducing longer-term basing prospects. From here, look for an acceleration of gains back towards next key resistance by 78.30 further up. Back under 76.50 would negate outlook and give reason for concern. 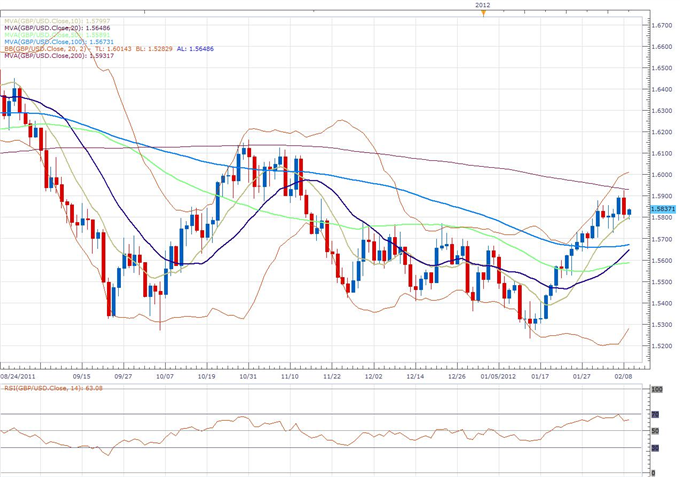 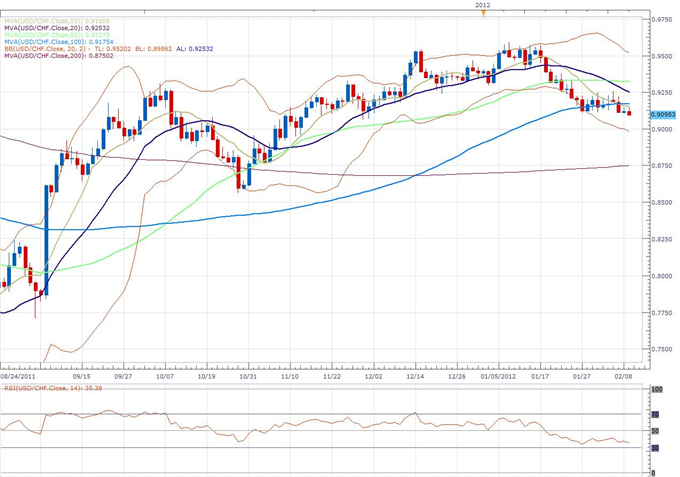