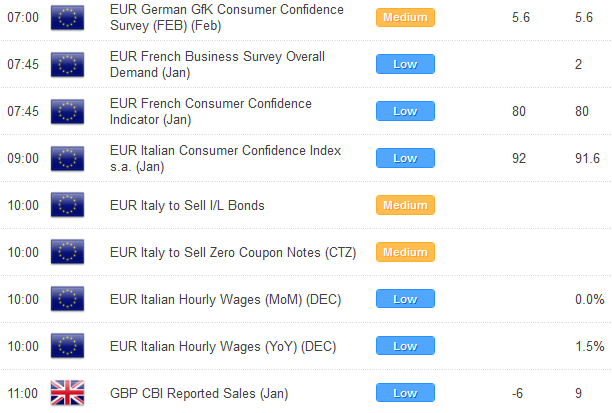 As we had been anticipating in Wednesday’s commentary, much of the focus shifted away from the Eurozone, with the US Dollar coming back into the spotlight on the Fed event risk. The results of the latest FOMC are definitively on the dovish side and it is therefore no surprise to see the buck come under some broad pressure. Fed members are largely committed to keeping rates ultra low for an extended period of time, with six FOMC members timing the first rate hike in 2015/16. Additionally, any of those investors who are worried about the longer-term inflationary impact of current Fed policy, were not comforted by Mr. Bernanke on Wednesday, with the Fed Chair seemingly placing a higher priority on unemployment.

All of this jives well with our short-term outlook in the currency markets, with additional currency rallies seen against the buck over the coming days. Still, once these rallies stall out (which we believe will happen sooner than later), we once again anticipate a bullish resumption in favor of the US Dollar despite the ultra dovish outlook from the Fed. In our view, there is still a good deal of risk that has not been priced in outside of the United States, and many of these economies are at risk for additional accommodation from their respective central banks that has not been priced in. This ultimately should translate into favorable yield differentials for the US Dollar, with the differentials still narrowing back in favor of the US as these higher interest rate economies begin to cut more aggressively in response to the prolonged global slowdown and ongoing turmoil.

At this point, we would continue to recommend looking to Eur/Usd price action for insights into broader market direction. We had been calling for this correction in the Euro since late 2011 (despite our longer-term view which projects the Euro to fall towards 1.2000) and as per our technical analysis, we had been looking for a bounce back into the 1.3200-1.3500 area before considering bearish resumption. As such, anyone looking to buy US Dollars should probably stand aside a little longer before considering fresh Greenback longs. The 100-Day SMA in Eur/Usd comes in around 1.3380, and we see this as an ideal level to consider re-establishment of short positions. Once the Euro starts to show signs of reversal, we would then expect to see an acceleration in declines of the other major currencies. For now however, it seems as though this USD sell-off still has some more room to run and we will stand aside.

Developments out of the Davos World Economic Forum (WEF) and any news of a Greek PSI deal come back into focus on Thursday, and should we see an agreement reached which would prevent a Greece default, we could once again see a Euro push higher towards our short-term lower-top objective, before the market finally relents to the still broader systemic risk in the region. Elsewhere, the RBNZ left rates on hold at 2.5% but issued a softer, more dovish stance on policy, suggesting that rates could be on hold for longer than previously thought. Nevertheless, Kiwi remains well bid along with its Aussie cousin, and while we continue to project relative underperformance in these commodity currencies on further shifts in policy due to unanticipated slowing in these countries (as we have seen today with RBNZ), the market is still not ready to recognize these striking fundamentals. China headlines have been quiet in recent days but we would be on the lookout for a pickup here as well and potential announcement of yet another cut to the RRR, which could spark heavy profit taking in the Australian and New Zealand Dollars. 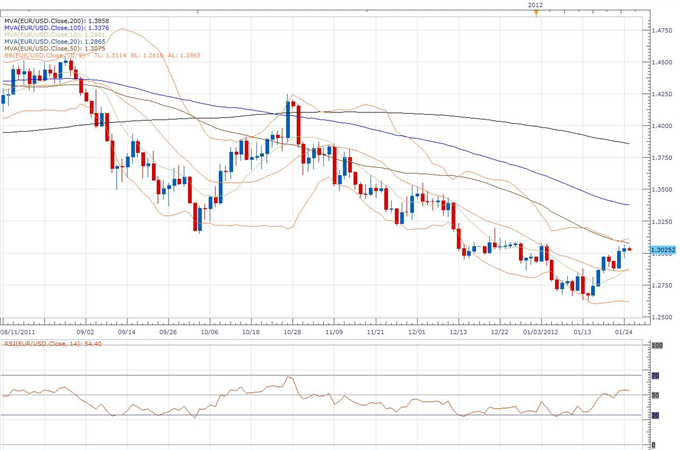 EUR/USD: The market has finally managed to find some bids and although the broader underlying trend remains intensely bearish, the risks from here are for additional corrective gains back towards the 100-Day SMA in the 1.3400 area before the next lower top carves out. Some falling trend-line resistance has already been broken on the daily chart and the 10-Day SMA has now crossed back above the 20-Day SMA to provide added confirmation for short-term bullish structural shift. Setbacks should now be well supported ahead of 1.2800, while only a daily close back under this figure would negate short-term bull bias. A bullish reversal week further supports short-term constructive outlook. 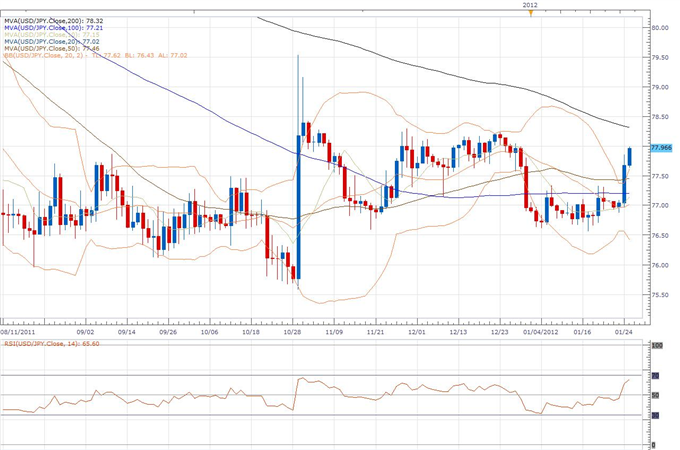 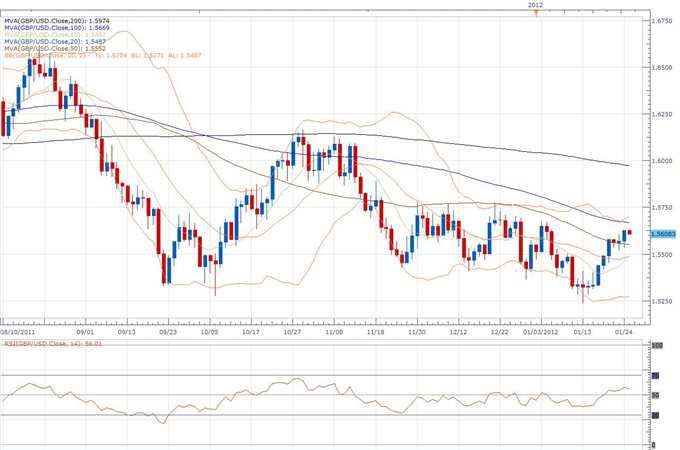 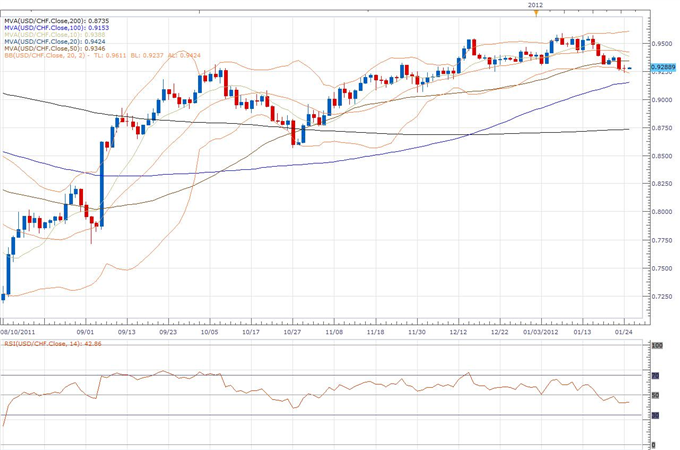