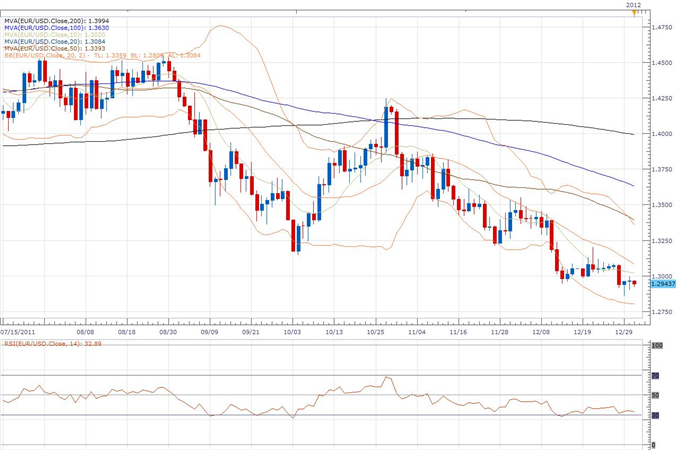 Happy New year to all! Markets have been moving a bit in the lightened holiday trade and the most interesting price action has come from the Yen, with the currency rallying to result in some multi-year lows below critical psychological barriers at 100.00 in EUR/JPY. The Yen has found some renewed bids on the broader risk off sentiment flows and this has helped to accelerate its gains against most of the major currencies including the US Dollar. However, with the exception of the Yen, we enter the 2012 year with the buck fairly well bid and looking poised for some across the board outperformance over the coming months.

For today, most markets remain closed and the economic calendar is very light. The key release on the day has come from China, with the country producing an above 50 and better than expected manufacturing PMI result. This could help to inspire some risk correlated bids, although we would again advise waiting for things to pick up a bit before considering fresh positions. Elsewhere, Germany’s Merkel has been on the wires warning of a challenging year ahead after saying that 2012 “will no doubt be more difficult than 2011.” Merkel does reassure that she will do everything to strengthen the region and that Europe will eventually emerge stronger than it was before. 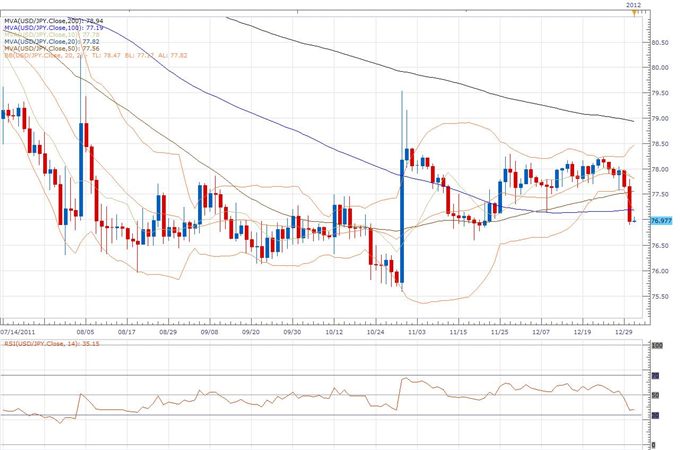 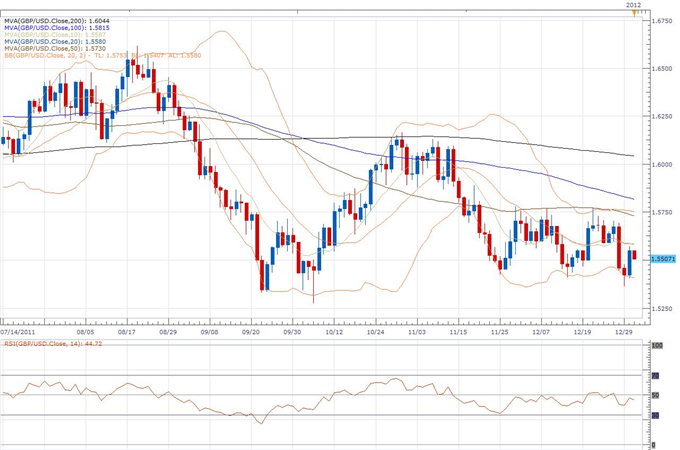 GBP/USD: Rallies have been very well capped ahead of 1.5800 and it looks as though a lower top has now been carved out by 1.5780 ahead of the next major downside extension back towards the October lows at 1.5270. Key support comes in by 1.360 and a daily close below this level will be required to confirm bias and accelerate declines. Ultimately, only back above 1.5780 would negate bearish outlook and give reason for pause. 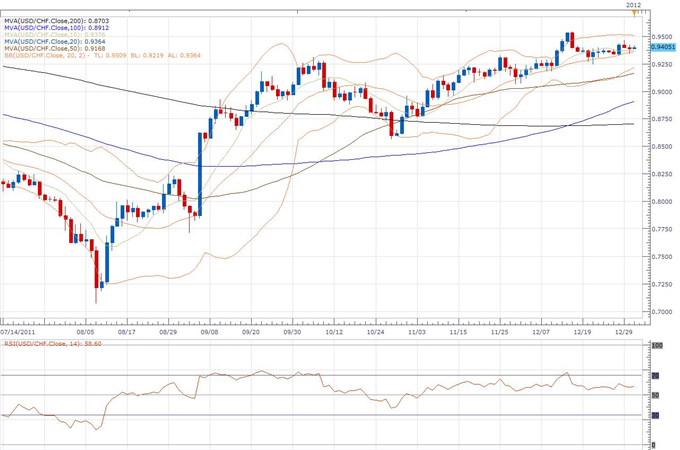