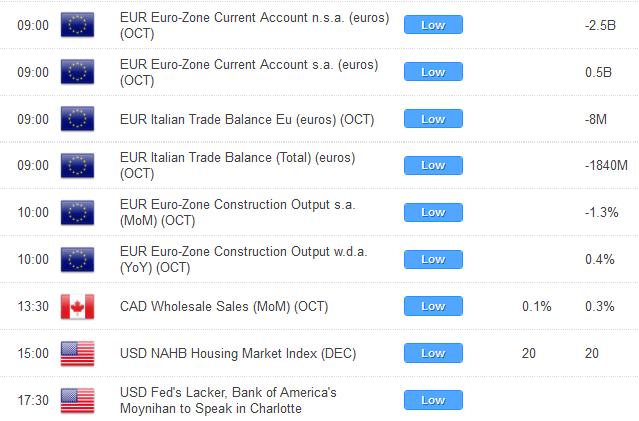 Risk sentiment is back under pressure into the early week with the Eurozone crisis still very much unresolved, and market participants growing decreasingly optimistic with the prospects for any sound and effective resolution. Net Euro short positions have reached their highest levels since December 2007, and the market is now focused on a break in EUR/USD below the 2011 lows from all the way back in January by 1.2870. European finance ministers will be holding more debt crisis talks on Monday in an effort to draft a new fiscal pact, figure out the size of bilateral loans to the IMF, and discuss ESM voting rights, but again, we are not very confident that these talks will do anything to alter damaged global sentiment.

Instead, the focus could be more fixated on the rating agencies with Fitch already placing many European sovereigns (including Italy and Spain) on review for potential downgrades by the end of January, and at the same time lowering France’s outlook to negative. Meanwhile, investors haven’t forgotten about recent threats from S&P of downgrades to many European countries (including France), and it seems as though some form of a response from this rating agency is right around the corner. Elsewhere, the death of North Korea’s Kim Jong Il has been getting headlines, with the news elevating geopolitical concern and adding to the broader risk off market environment, and weighing most heavily on the risk correlated Australian Dollar.

If there have been any positive developments at all, they could actually be coming from the ECB President who shared his views on the current debt crisis with the FT. ECB president Draghi came off sounding more accommodative than the central banker has been given credit for after leaving a lot of doors open for the use of alternative non-standard monetary policy measures. Although Draghi says he does not want the sole purpose of the long term refinancing operation (LTRO) to be used as a means to purchase sovereigns, he is not opposed to the strategy. Additionally, while Draghi does not commit to additional bond buying as most would expect, it worth noting that at the same time, he also does not rule out the possibility for additional bond buying and does not consider the practice to be illegal. The article is certainly enlightening and perhaps can be construed as Euro positive, with the central banker perhaps not as closed minded on certain key issues as markets might have thought.

Still, we are in the final two weeks of trade for the year and trade is likely to lighten up significantly making for more unpredictable and potentially volatile trade. While we concede that there are often big moves during this time of year, it is certainly not a market for the conservative, and we recommend that most of you stay on the sidelines until things return to normal into the beginning of January. Our core outlook remains grossly currency bearish and US Dollar bullish, but at this point, we can't be certain as to whether the US Dollar will sell off a bit into year end before resuming its uptrend into 2012, or whether Dollar gains will accelerate in the final days of 2011. 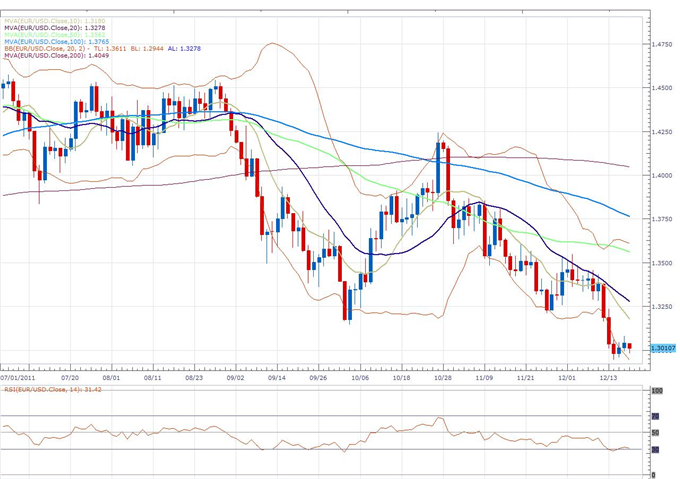 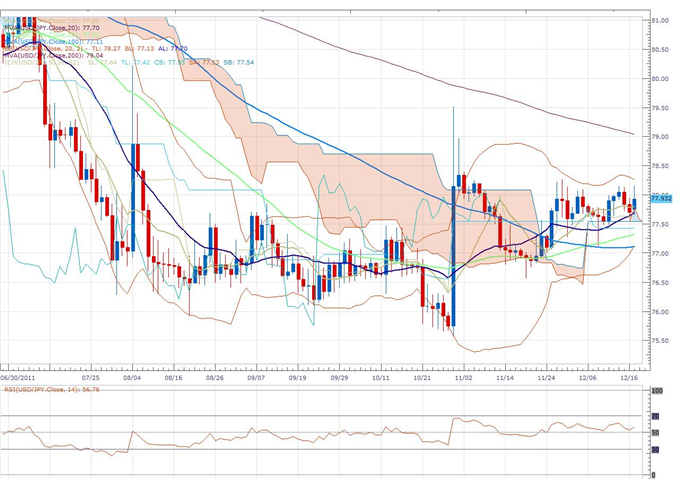 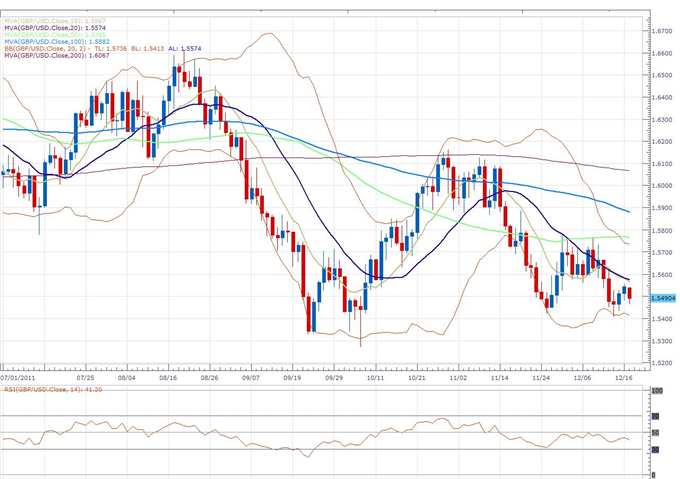 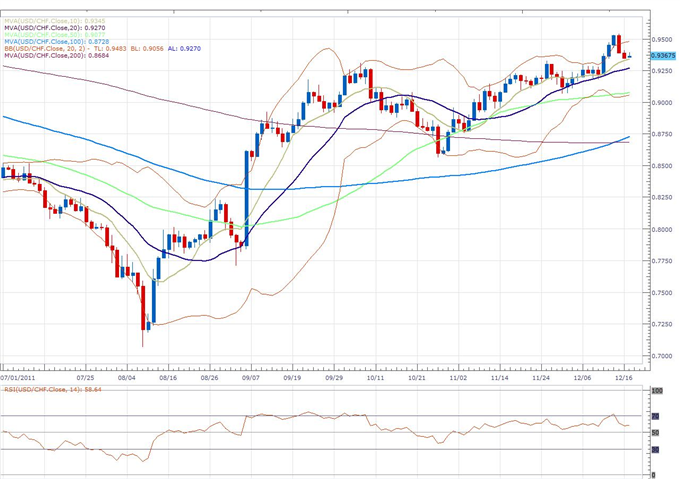