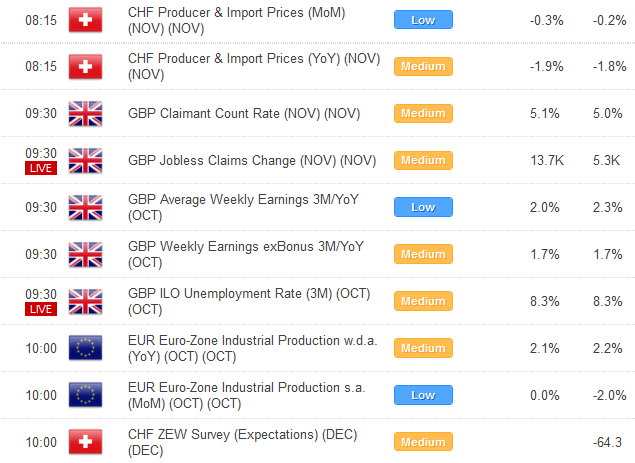 Euro Eyes Next Key Support by Yearly Lows from January

Price action on Tuesday was rather significant as the Euro finally managed to break and close below the critical October lows to signal the start to the next major downside extension. Our core bias remains currency bearish/USD bullish and from here we project an acceleration of Euro declines back into the lower 1.2000’s over the coming months. Next key support for the Euro comes in by 1.2870 which represents the yearly low from all the way back in January. With 2011 now marching to a close, after all is said and done, we could be on course to close in the same area where the year began.

The outlook for the Eurozone remains highly uncertain, and fear of a wave of downgrades any day now, coupled with some negative comments from Germany’s Merkel (recently rejected proposal for increase in upper limit of ESM from EUR500B), have not been helping sentiment, and could result in more risk liquidation over the coming sessions. Meanwhile, the Fed has mildly upgraded their outlook for the US economy, and at the same time has not discussed any possibility for additional quantitative easing measures. While market participants might be unhappy with the failure to consider additional accommodation, the development is net net USD bullish and could inspire a narrowing of yield differentials back in favor of the US Dollar.

Looking ahead, UK employment and Eurozone industrial production are the key economic releases in Europe, while market participants will also be very focused on the Italian bond auction results. We would however like to stress that as we head into the final days of trade for the year, markets will likely lighten up dramatically to make for less than ideal trading conditions. While we retain a very bearish currency outlook, we would not rule out the possibility for some short-term reversals back in favor of currencies before we see some renewed selling. 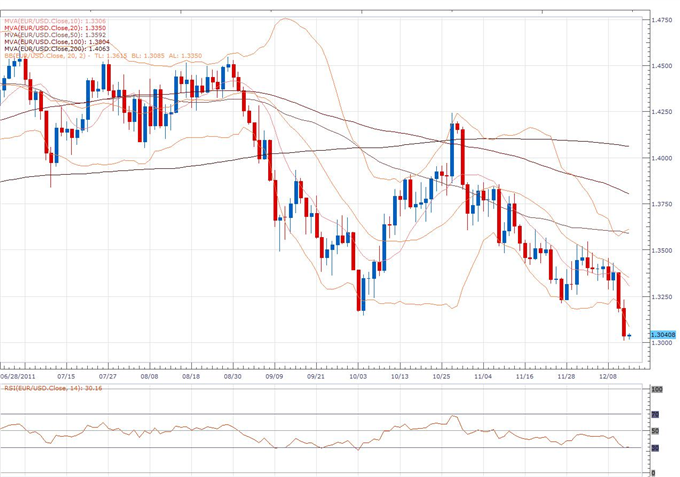 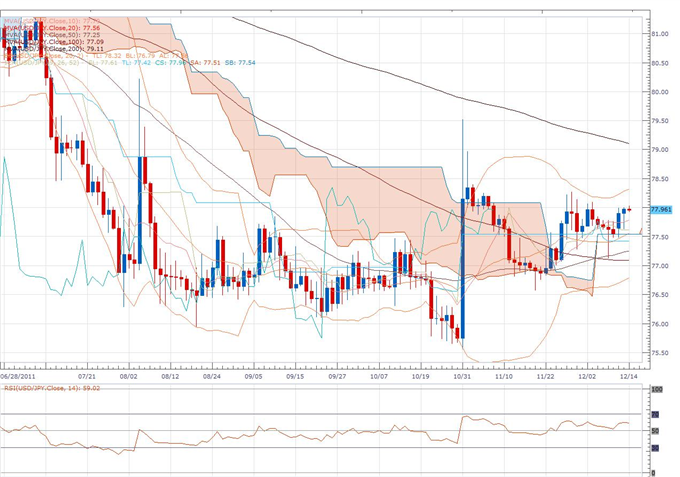 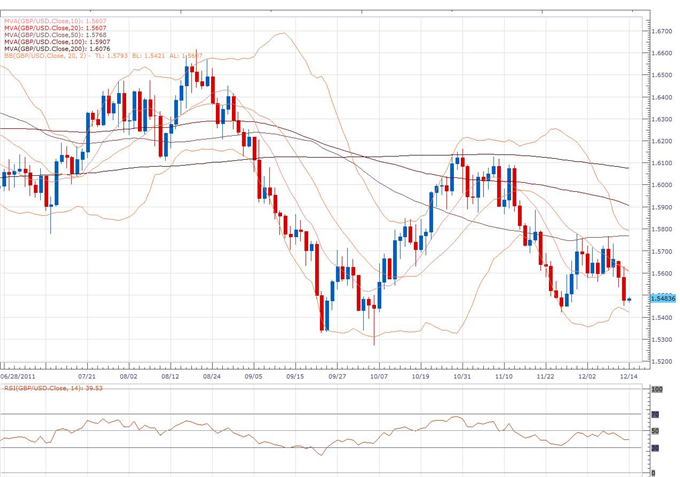 GBP/USD: Rallies have been very well capped ahead of 1.5800 and it looks as though a lower top has now been carved out by 1.5780 ahead of the next major downside extension back towards the October lows at 1.5270. Key support comes in by 1.5420 and a daily close below this level will be required to confirm bias and accelerate declines. Ultimately, only back above 1.5780 would negate bearish outlook and give reason for pause. 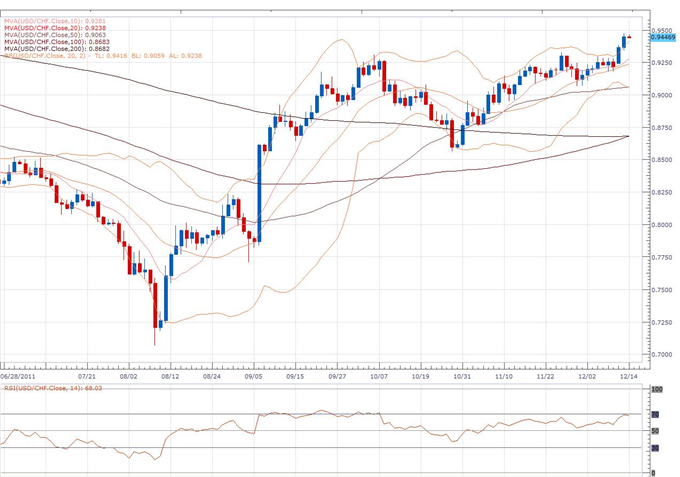