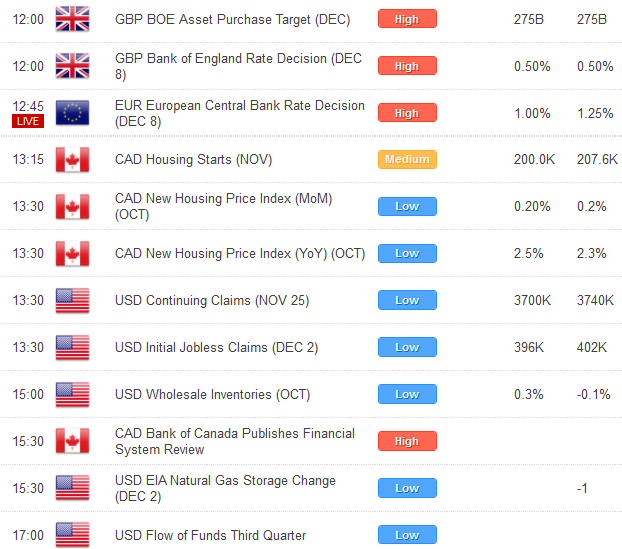 Market participants are focused on some central bank event risk ahead of Friday, with both the Bank of England and European Central Bank policy decisions due later today. While no change is expected from the Bank of England, we still look for a dovish line from the central bank given the ongoing global crisis and softer local economic data. The European Central Bank is on the other hand expected to make a move, and will likely cut rates for the second consecutive time by 25 basis points. We will also be on the lookout for any additional alternative forms of accommodative monetary policy measures taken by the ECB on Thursday, ahead of Friday’s critical Summit. An unnamed German official has been making a lot of waves after expressing his pessimistic outlook for the summit.

From a short-term strategy perspective, it has become very difficult to forecast moves, and the added unpredictability of December trade only makes things harder. Overall, we hold a very strong bullish US Dollar outlook, but can not rule out the possibility for a little more USD depreciation over the next couple of weeks before underlying bull trend resumption. The EUR/USD market is the key one to watch and participants should be focused on 1.3550 and 1.3330. A daily close above or below these numbers, respectively, will be required for clearer directional bias. Ultimately, we project an eventual drop below the October lows at 1.3145 and acceleration of declines towards 1.2000 over the coming months. This should translate into broad based currency selling against the US Dollar.

Moving on, while the Australian Dollar should takes it cues from directional moves in EUR/USD, the commodity currency could be at risk for underperformance in Thursday trade following some weaker than expected employment data earlier today. Both the employment change component and unexpected rise in the unemployment rate are concerning and continue to send a message that the Australian economy is exposed to the global turmoil and perhaps at risk for a more significant downturn that many economists had anticipated. As per our analysis, we have been and remain aggressive Aussie bears, and see the currency at risk for a major depreciation over the coming months. US equity futures haves been trading flat for much of the day thus far, while commodities are mixed with oil slightly bid and gold mildly offered. 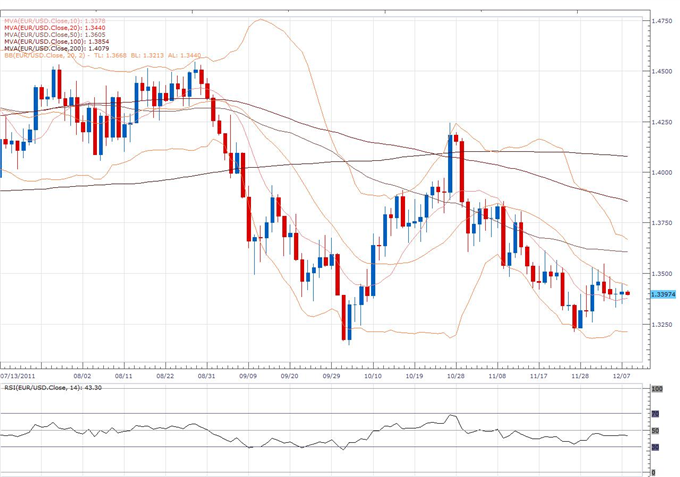 EUR/USD: Remains locked in some consolidation following the bounce out from 1.3200. The key levels to watch above and below come in at 1.3550 and 1.3330 respectively and a daily close above or below will be required for a clearer short-term directional bias. A break and close back above 1.3550 will suggest that the market is still in the process of correcting and could head back into the 1.3800 area, while a close back below 1.3330 will open the door for a bearish resumption and retest of the key October lows at 1.3145. 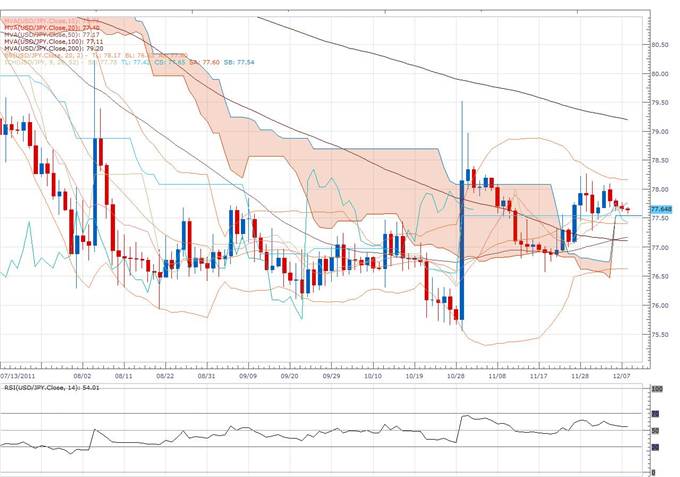 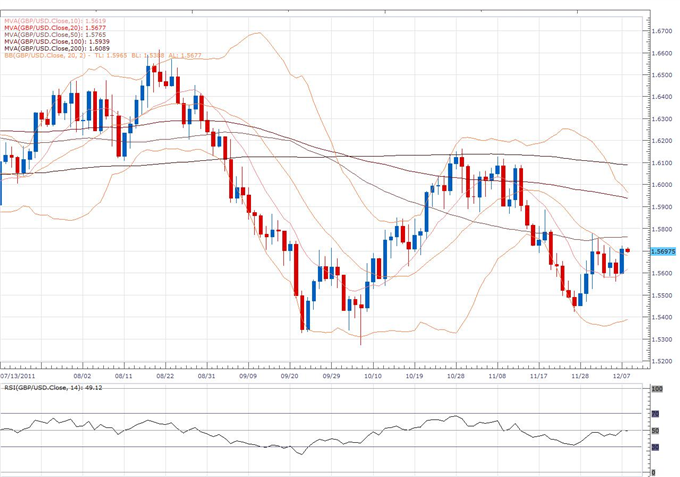 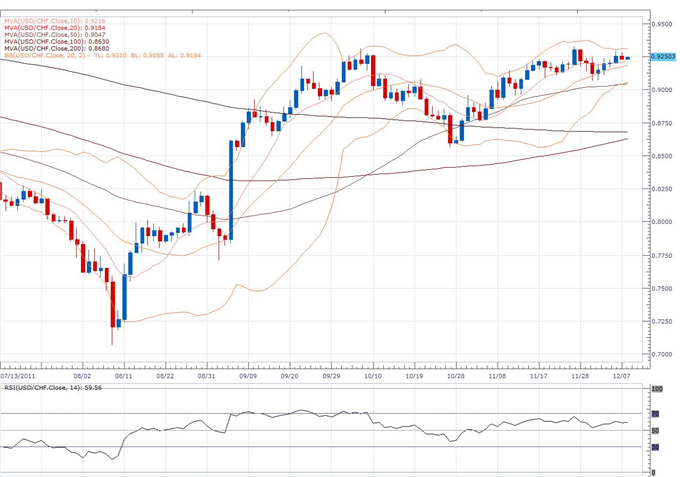