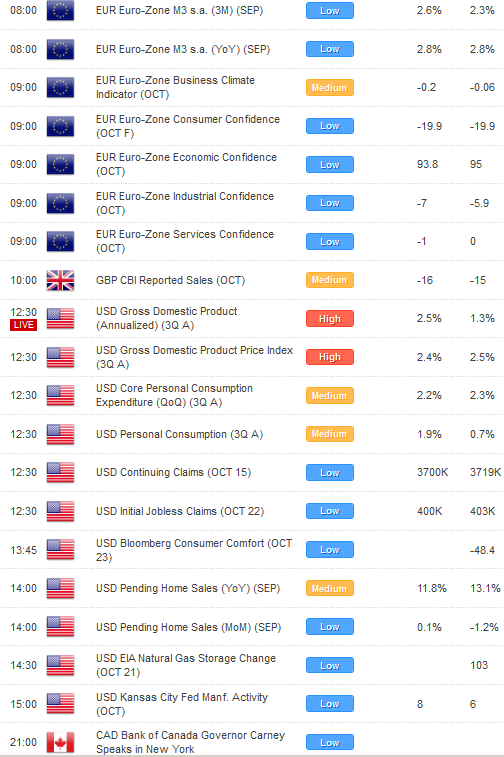 The Euro and risk correlated assets of received quite a boost after French President Sarkozy announced that investors would be taking a 50% haircut on Greek debt, and that the EFSF would be levered up about 4-5X to a size of approximately Eur1.4Trln. Sarkozy went on to add that the new EFSF would be in place by next month and that the EU would also be collaborating with the IMF to seek additional sources for financing (full agreement details here). Here is a list of the key points outlined in the agreement reached by Eurozone leaders (list provided by Head of G10 Strategy at major US bank):

2) Remaining Greek debt will be refinanced at preferential rates

3) Bond swap to be done by end-January

4) Closer supervision of Greek adherence to the program

6) No ECB involvement in EFSF; but EU officials were hopeful that they would decide to remain supportive

7) President Sarkozy will speak with China on EFSF involvement

8) EFSF will have both a direct insurance and SPV element; looking for EM/IMF support for the SPV

The higher yielding Australian Dollar is by far the strongest performer on the day in reaction to the Eurozone agreement, which comes in sharp contrast to Wednesday’s performance where the commodity currency was hit hard on some much softer inflation data. Meanwhile, Kiwi is also well bid on similar risk positive themes, with the currency able to shrug off some softer local fundamentals after a wider trade deficit and on hold rate decision from the RBNZ. Overall, the Eurozone package is taken as a risk positive for markets as it allows the region to escape any immediate threats for the time being. However, we still feel that this wave of euphoric risk buying will soon fade away as realties set in that there is a lot of work that needs to be done to get Europe and the global economy on a sustainable recovery path.

Elsewhere, the Bank of Japan was out and unanimously left rates on hold at a range of 0-0.10%. However, there were some changes to policy, with the central bank also deciding to ease policy further through asset purchase expansion of Yen 5trln. The vote on asset purchases was not unanimous with board member Miyao dissenting after proposing a more aggressive increase of asset purchases to Yen 10trln. Looking ahead, Eurozone confidence data and UK CBI reported sales are due in the European session, while US GDP is the main event in North America. US equity futures and oil prices have rallied significantly following the Eurozone news, while gold is marginally offered. 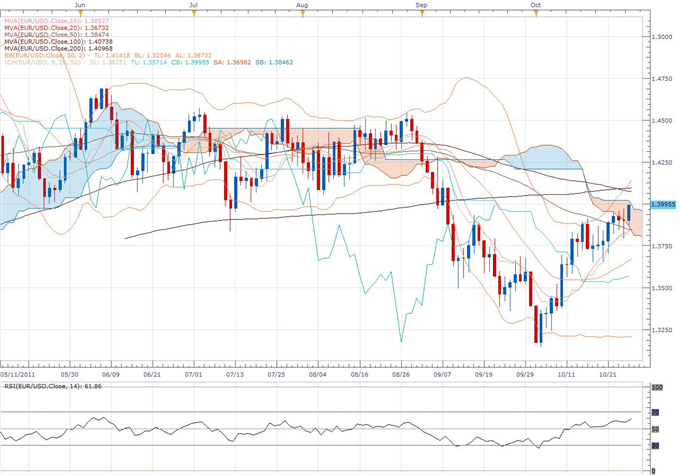 EUR/USD: At this point there are still no signs of let up, although we continue to classify the latest market rally out from 1.3145 as corrective. We contend that a fresh lower top will carve somewhere near current levels and will be on the lookout for a topside failure over the coming sessions. Rallies beyond 1.4000 should therefore be aggressively sold, while back below 1.3800 would confirm bias and accelerate declines. It is worth paying attention to the daily Ichimoku cloud which shows the market by cloud resistance and just ahead of the 100/200-Day SMAs. Ultimately, only a close above 1.4100 would negate outlook and give reason for pause. 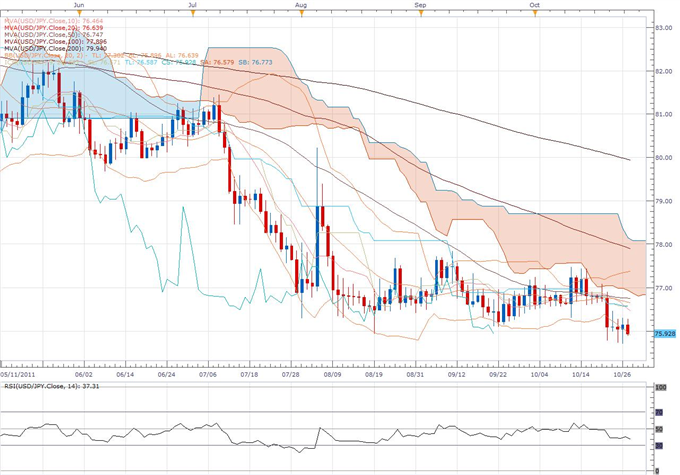 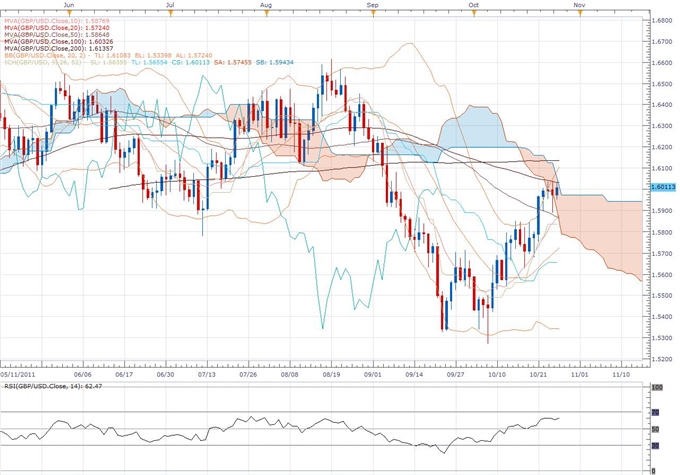 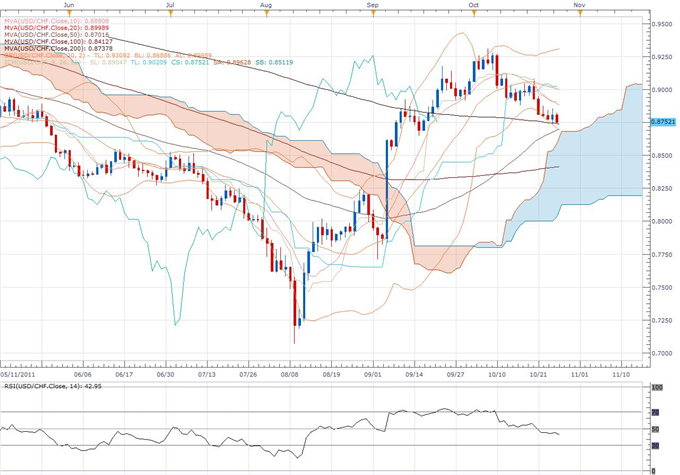 USD/CHF: The market is in the process of consolidating its latest sharp recovery out from record lows by 0.7000. Although there are some risks over the short-term for deeper setbacks, any declines should be very well supported on a close basis above 0.8645 (previous higher low and ichimoku cloud top). Back above 0.8900 should help to confirm a resumption of gains, while a push beyond 0.9315 will signal an end to the consolidative price action and confirm a fresh higher in place ahead of the next major upside extension back above parity. Ultimately, only a close back below 0.8500 would give reason for concern.