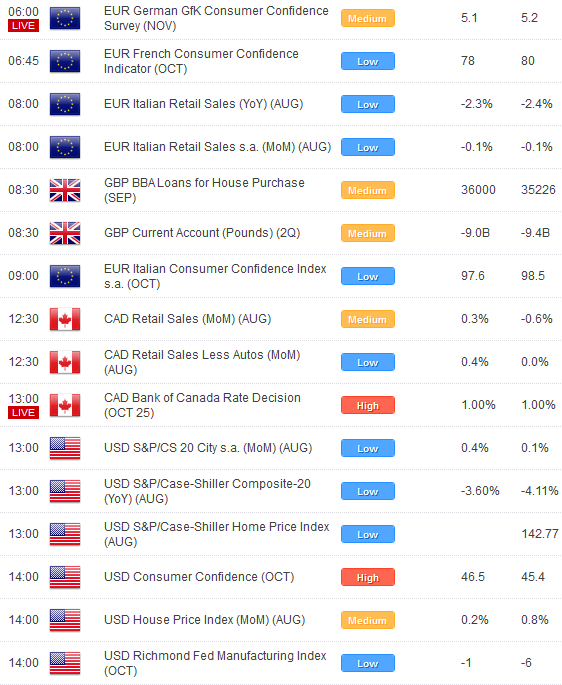 Euro Strength in Question At Current Levels; Looking to Fade

Market participants continue to buy into risk, with the primary driver for the price action coming from an expectation that EU leaders will come up with a solid plan to tackle the Eurozone financial crisis. Our colleague highlights some of the major questions that need to be answered and we should get some more color over the coming days. The questions that have emerged are the following: -- “1) How much will the larger proposed haircuts damage European banks?; 2) How will the bank haircuts spill over into the debt of their national sovereigns?; 3) Can a credit event be avoided?; 4) How much support will the proposed SPV find among the EM countries who are indirectly expected to fund it through the IMF? 5) Will investors have confidence that there is enough money to fulfill the commitments that euro zone governments are making?

While we certainly expected that all of the above will be addressed, we are still not convinced that the resolution will be one that can completely solve all of the problems in the region and inspire a fresh round of risk buying. In his daily commentary, one of the leading strategists at a major US bank explains…”The one area that the European leaders are ignoring, and which will come back to haunt the euro, is growth. Given the fiscal austerity that is being demanded of almost every euro zone country, the crowding-in of growth would seem to be an essential element of the policy package that is delivered. The only credible path to growth and Euro strength is lower risk premia and lower average interest rates across the euro zone. So far that seems to be low on the priority list. The preferred European policymaker growth recommendation of structural reform cannot deliver the growth that is needed in the required time horizon. High rates across much of the Eurozone makes debt servicing much harder and slow growth. However much global investors would like to buy Euros as an alternative to the USD, that outcome is unlikely, unless it becomes clear that the growth, fiscal and interest rate paths are consistent.”

Monday’s rally in the Euro was also somewhat surprising and misleading given that there really were no new positive Euro specific developments to speak of. In fact, CDS was flat, European bond spreads widened to fresh record levels, and the FT published a downbeat article that there may be as much as 60% haircuts on outstanding Greek debt. Technically, we continue to view the Euro rally as corrective as well, and are looking for the formation of a fresh medium-term lower top ahead of the next major downside extension which should expose the lower 1.2000’s over the coming months. On the strategy front, we like looking to buy USDs across the board and some of our favorite medium-term trades include long USD/JPY (once retail positioning levels out), short AUD/USD, and long USD/CAD. For today, we recommend keeping a close eye on the Euro for broader directional bias. Look for a break back below 1.3820 to open a broader resumption of USD buying, while back above 1.3955 will fuel additional risk correlated bids and open a test of 1.4000-1.4100.

Elsewhere, the New Zealand Dollar has seen relatively underperformance on Tuesday following a slew of Kiwi specific negative developments. Dairy giant Fonterra was out with some bad news after announcing that it would need to make cuts within its payout projections for 2011/12, while a softer than expected CPI reading was also accompanied by some dovish comments from NZ FinMin English. Looking ahead, the economic calendar is rather light in European trade. US equity futures are tracking moderately lower, while comments are slightly bid. 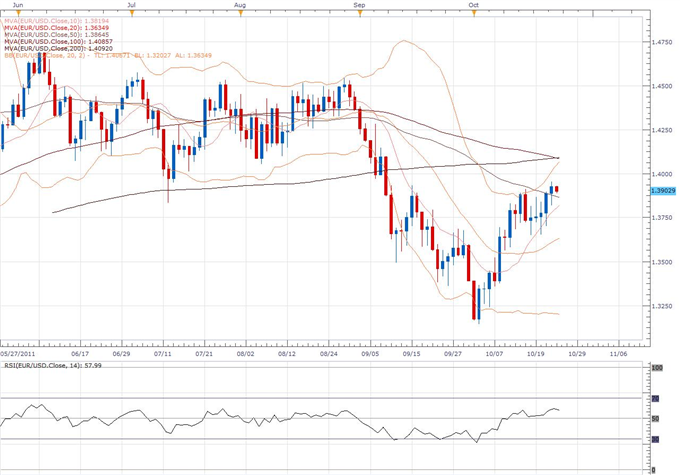 EUR/USD: At this point there are still no signs of let up, although we continue to classify the latest market rally out from 1.3145 as corrective. We contend that a fresh lower top will carve somewhere near current levels and will be on the lookout for a topside failure over the coming sessions. Rallies towards 1.4000 should therefore be aggressively sold, while back below 1.3650 would confirm bias and accelerate declines. 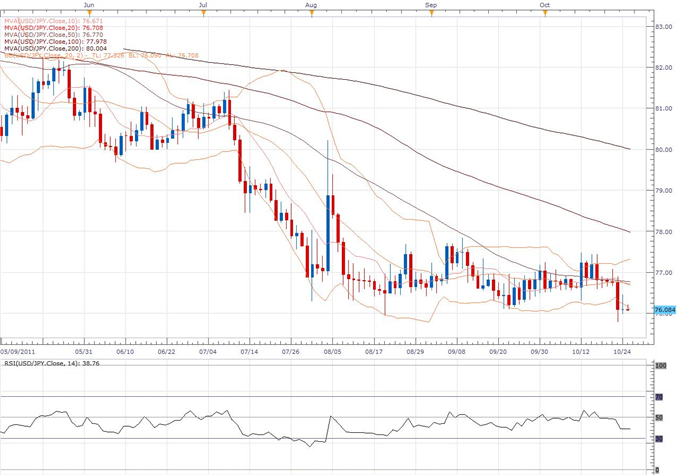 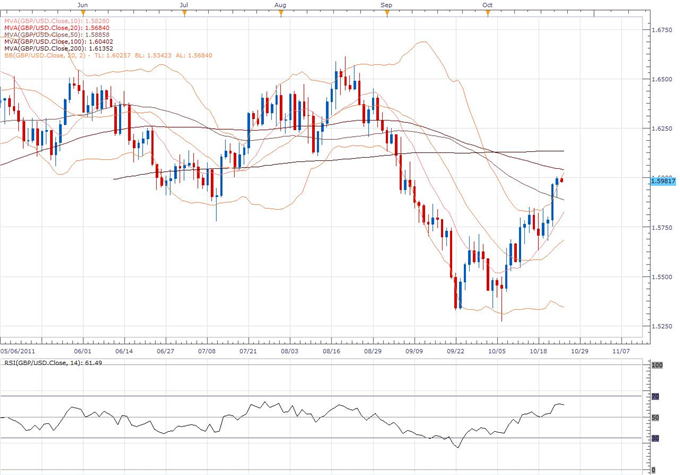 GBP/USD: The market has been well bid since breaking the neckline of a double bottom at 1.5715, with rallies extending into the 1.6000 area thus far. The measured move objective for the pattern projects additional gains into the 1.6100’s, but any additional strength beyond this area is likely to be well capped by the 200-Day SMA in favor of a resumption of a broader underlying downtrend. As such, our strategy for now is to look for opportunities to fade additional strength above 1.6000 and towards the 200-Day SMA. Back under 1.5900 will be required to more officially alleviate immediate topside pressures. 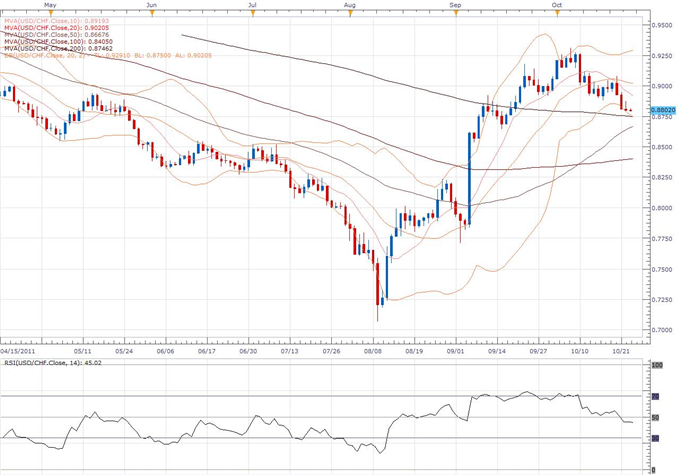