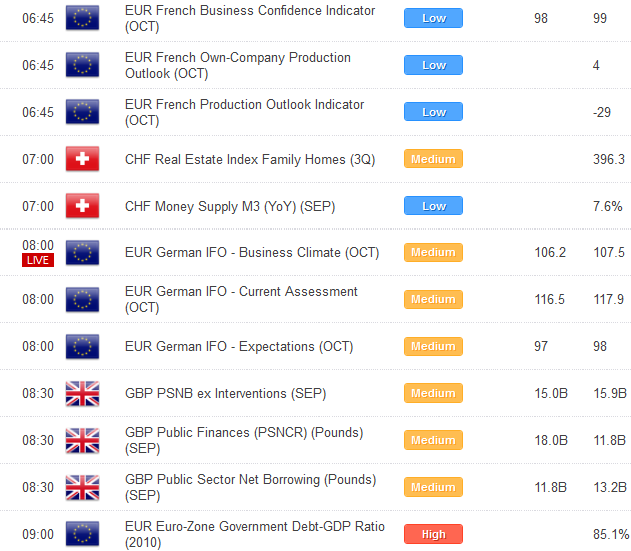 The markets are locked in some short-term consolidation following a multi-day move which saw a push back into risk and broad based selling of the US Dollar. However, overall, it seems as though FX investors are still net short of risk, with various institutional indices reflecting this positioning bias. While there has been some evidence that some short risk positions have been cut, and potentially on the expectation that the EU Summit will produce some risk positive results, there are still no strong signals that would suggest this market is ready to shift gears and adopt a full fledged positive risk mentality.

In our opinion, there are too many questions surrounding the health of the Eurozone economy, and we still contend that the global recession has yet to fully materialize, with a third phase of economic and financial market deterioration spreading to China, Australia, and the emerging markets. Most recently, S&P have come out and warned that “under a hypothetical double-dip recession, coupled with the extreme case of an interest rate shock, 21 out of 47 Western European banks sampled by the rating agency would need to be recapitalized at a total cost of Eur91 bn.” The report also went on to add that a “double dip scenario would imperil France's AAA rating, likely resulting in a one notch downgrade to AA, as well as set off a string of downgrades across Southern Europe, in which the sovereign ratings of Spain, Italy, Greece and Portugal would be downgraded by two notches.” To us, this is still a very real possibility and we would therefore agree with the still risk off sentiment in the FX markets.

Moving on, although Usd/Jpy has gone nowhere in several weeks, with the market predominantly confined to the 76.00’s and consolidating just over the record highs from August at 75.95, retail traders remain overwhelmingly long the pair at a dramatic ratio of 10:1. While we certainly like the idea of being long this market, with the price trading by cyclical lows and likely due for the formation of a major base, we can not advocate a long position at current levels, with our in-house speculative sentiment index warning of the strong potential for a drop below 75.95 to yet another record low. We see a scenario where all of the retail longs are stopped out to allow for the ratio to normalize before the market finally is ready to carve out a major base. We will therefore be looking to aggressively buy the pair on a dip to fresh record lows after retail longs have been cut.

There are signs on the fundamental front that back up our core bullish stance on Usd/Jpy. According to the Nikkei newspaper, the Japanese government and Bank of Japan will form a team of senior officials to address the strong Yen. Measures proposed to deal with the currency appreciation include (1) expanding financial support for local SMEs; (2) creating a USD100B credit line to banks/companies; (3) supporting construction of energy-saving facilities in Japan. Nikkei also went on to report that no measures, including FX intervention would be precluded, and that the government would consider more EFSF bond purchases in the future.

Looking ahead, markets are expected to continue to trade off of broader global macro fundamentals and themes as we move into the weekend. Key economic releases due on Friday include German IFO and Canada CPI. On the official circuit, the docket is quite stacked with ECB’s Trichet, EU’s Rehn, ECB Stark, France’s Sarkozy, Germany’s Merkel, Canada’s Flaherty, Fed’s Kocherlakota and Fed’s Fisher, all due up throughout the day. These comments should be watched closely and could very well influence intraday price action. US equity futures and commodities are confined to recent ranges and consolidate ahead of their next moves. 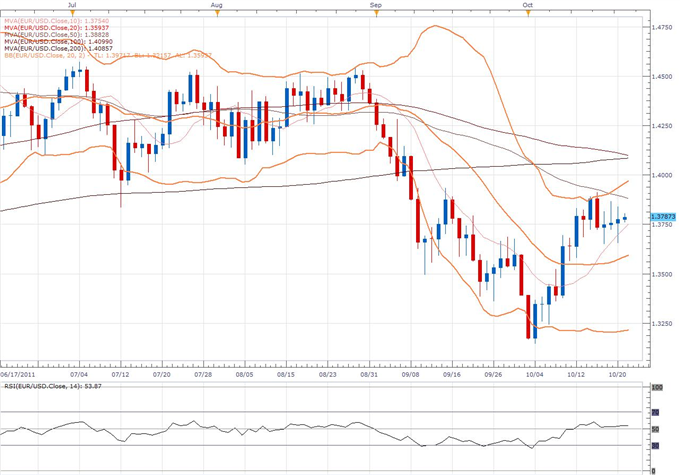 EUR/USD: Rallies have stalled out just over 1.3900 and ahead of 1.4000 into this latest bout of consolidation. From here we see risks for the formation of a fresh lower top by 1.3915 ahead of the next major downside extension back towards and eventually below 1.3145. Look for a break back below 1.3650 to confirm and accelerate. Back above 1.3915 delays. 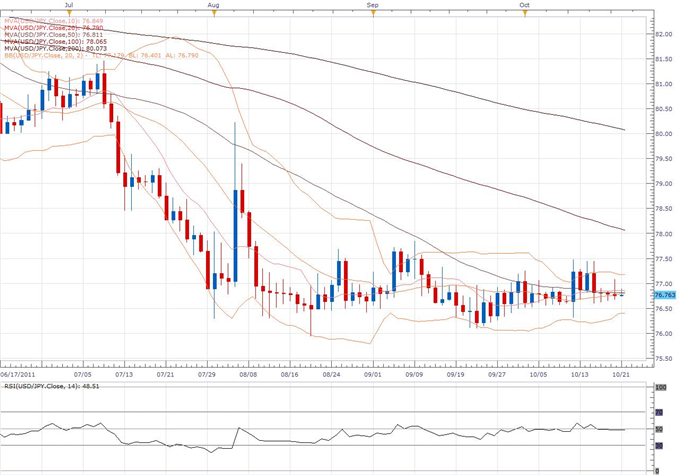 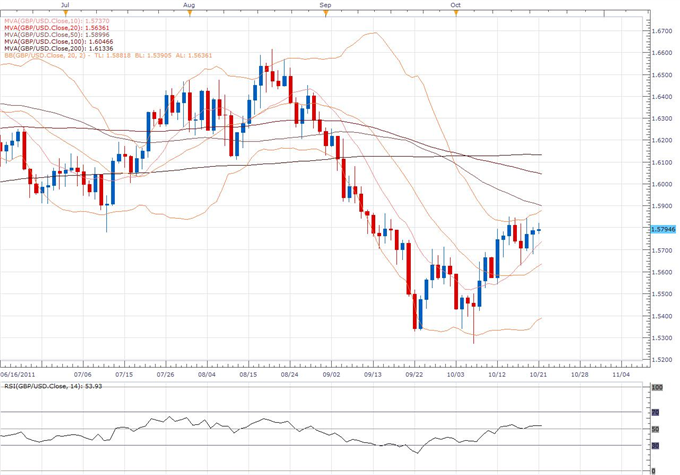 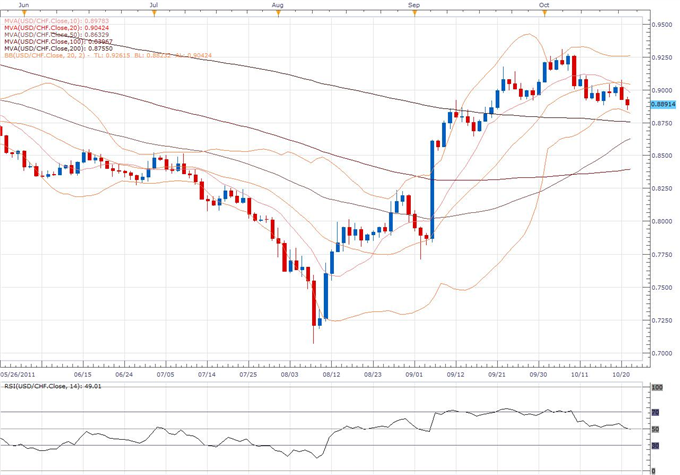