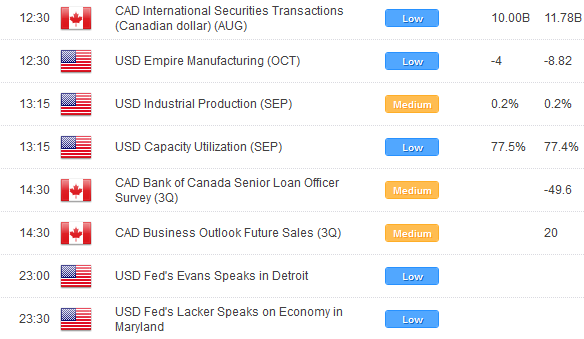 Europe's "Grand Plan" Not So Grand in Our Eyes; Risks Remain

Markets remain relatively well bid into the new week with most of the risk rally coming on the back of what has now been dubbed the “Grand Plan.” The plan to address the debt crisis in the Eurozone is expected to be completely finalized this weekend, and presented the following week at the G20 Summit in Cannes. The main components of the plan include fresh capital for banks, a scheme to leverage the EFSF up to about Eur 2tln, and new debt relief for Greece. The optimism surrounding the plan has resulted in a currency rally that has taken the Euro all the way back towards 1.4000, and the risk correlated Aussie well beyond 1.0300. However, as we have stated in previous commentary, we continue to classify the current rally in the markets as corrective and see the greater risks for a resumption of broad-based US Dollar strength over the coming sessions.

While we would concede that the proposed plan to deal with the current crisis in Europe is a positive, there are still many problems that need to be fixed before we can really convince ourselves to become longer-term optimists. Many officials have come out over the weekend sharing these sentiments, and one point that is still highly concerning is the Greece resolution component of the plan which seems to still be very much up in the air. Treasury Secretary Geithner has highlighted this fact, while German FinMin Schaeuble has also weighed in, saying that “a lasting solution for Greece would not be possible without a debt write-down, which would likely involve larger haircuts for private holders than the 21% already agreed upon in July's summit.” This in turn would inevitably place more funding pressures on heavily exposed banks, which would potentially threaten the rating status of the countries of these banks. France’s rating in particular could be compromised, with the country’s bond spreads still widening out to record levels.

An article in the UK Telegraph speaks more broadly to the issues at hand and concludes that Europe’s banks face a staggering $7 trl lending contraction which would be required to align balance sheets with those of the US and Japan, and that this enormous contraction warns of a severe credit crunch and “chronic depression for a decade.” The article goes on to say that the risk is for a “Japanization” without the benefits of Japan scenario which offered a single government, massive trade surplus, 1% debt costs, and unique social cohesion. The article then concludes that the overall risks to the plan are massive and “threaten a secondary chain of consequences that may ultimately prove self-defeating”, making the proposed plan ineffective and meaningless.

Our technical outlook aligns well with the sentiment expressed above, and although we have seen sizable rallies across most of the major currencies against the buck over the past several days, the price action is classified as corrective, with a fresh higher low sought out in the US Dollar ahead of the next major upside extension. Looking ahead, all is quiet in Europe with the economic calendar completely empty. Activity does not pick up until the North American session where US empire manufacturing and industrial production take center stage. On the official circuit, Fed Evans and Lacker are slated to speak. US equity futures and oil prices are moderately bid, while gold trades flat. 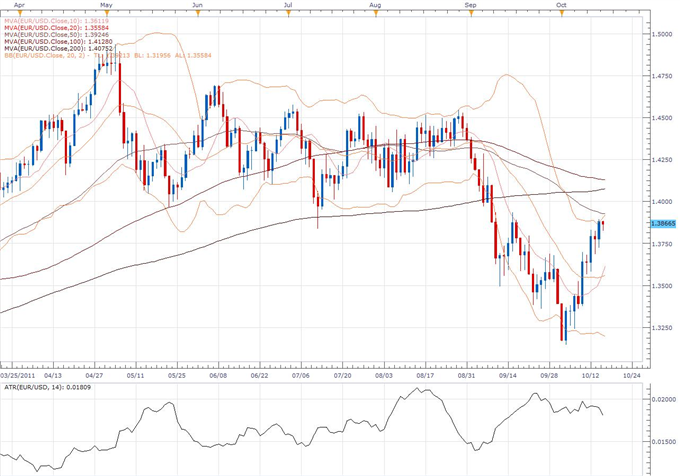 EUR/USD: The latest break back above 1.3700 suggests that a more significant short-term base is in place by 1.3145 and from here we see risks for further consolidation before the broader downtrend resumes. Key short-term support now comes in by the previous resistance now turned support at 1.3700 and a break back below will be required to alleviate immediate topside pressures. Rallies towards 1.4000 should however be sold as the market looks to carve a fresh lower top on the daily chart. Ultimately, only a daily close above 1.4100 would give reason for concern. 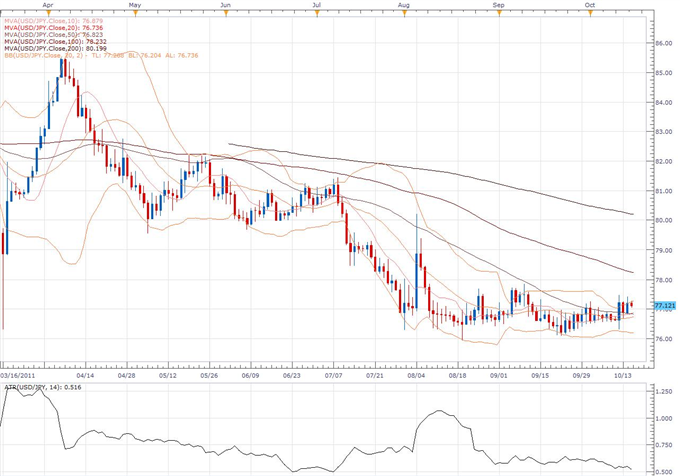 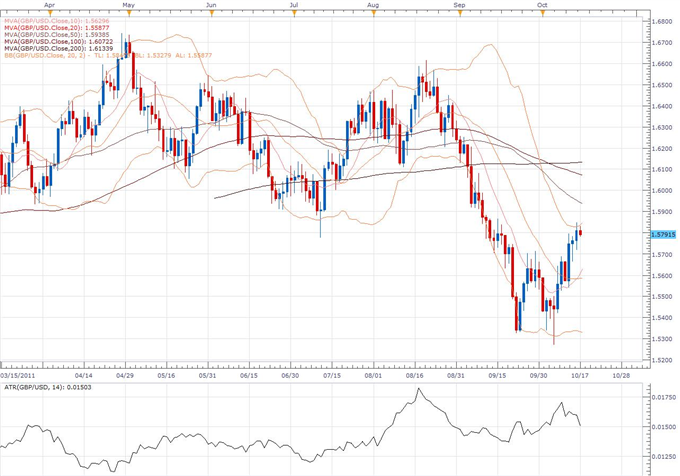 GBP/USD: The recent break back above 1.5715 has triggered the formation of an inter-day double bottom which now opens a fresh upside extension towards a measured move objective at 1.6100. The 1.6100 area also loosely coincides with the 100/200-Day SMAs, but we would expect that any additional gains should be capped by these longer-term SMAs ahead of a resumption of the broader underlying downtrend. However, inability to extend gains followed by a break and close back below 1.5720 would suggest that the corrective rally has come to a premature end, and should accelerate declines. 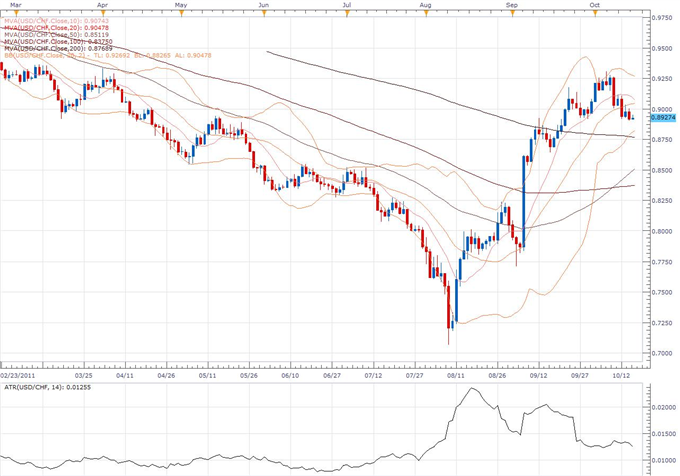 USD/CHF: The market is in the process of consolidating its latest sharp recovery out from record lows by 0.7000. Although there are some risks over the short-term for deeper setbacks, any declines should be very well supported on a close basis above 0.8500. Back above 0.9315 will signal an end to the consolidative price action and confirm a fresh higher in place ahead of the next major upside extension back above parity. Ultimately, only a close back below 0.8500 would give reason for concern.