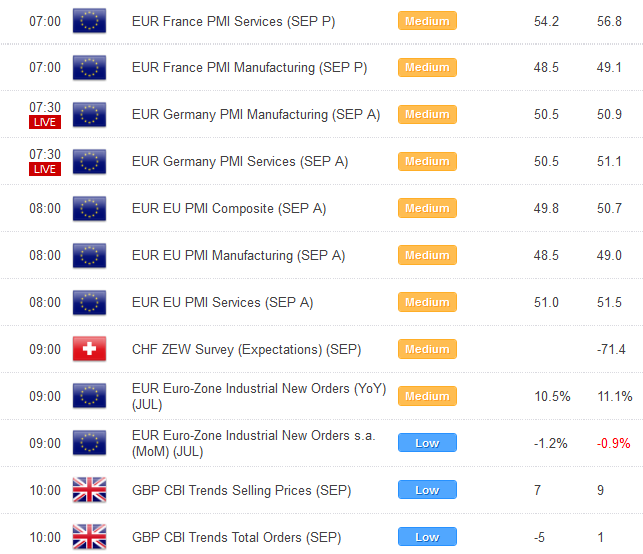 Markets have not reacted well since the latest Fed policy decision and although “Operation Twist” will attempt to provide additional stimulus for economic recovery, there is very little confidence that the strategy of selling short-term government bonds to buy longer-term debt will have any real impact. In theory, the newly adopted strategy will force longer-term interest rates lower and encourage borrowing. But with unemployment so high and individuals worried about keeping their lives intact, the thought of taking on additional debt, no matter how attractive, is still seen as an unrealistic option. Additionally, and perhaps even more importantly, the fact that rates are lower has not necessarily translated into the ability to access these loans. In fact, those individuals who are in the worst of shape aren’t afforded the opportunity to access this cheap money due to their financially challenged situations.

While it is true that better positioned corporates and banks now have easier and more attractive access to these funds, to this point, these institutions have only used the ultra accommodative Fed policy as an opportunity to hoard cash and strengthen balance sheets, rather than borrowing to spend to stimulate economic growth. As such, market participants have grown increasingly wary with the Fed’s strategy, and although we acknowledge that the Fed’s options are limited and they are doing everything they can, the reality is that the ongoing easy money and ultra accommodative policy is forcing the US and global economy into a major liquidity trap that could prove very hard to get out of.

The panic and uncertainty that have emerged from this reality should continue to weigh heavily on risk correlated assets and benefit safe haven options. But with the Franc no longer a viable safe haven play following aggressive SNB measures, and the Yen looking equally unattractive on the very real threat of similar measures from the BOJ, the US Dollar becomes the only real legitimate safe haven alternative in a struggling global macro economy. The softer China PMI data overnight (third consecutive PMI reading below the key 50 boom/bust line) has not done anything to help bolster sentiment and plays into our core theory of an ongoing deterioration in the global economy that has yet to fully materialize.

In our opinion, China is at a severe risk for a material meltdown and, as we keep focus tied to the impact on major currencies, the Australian Dollar should also suffer by extension. As the RBA begins to move towards a more accommodative stance, yield differentials will inevitably narrow markedly back in favor of other currencies and we project significant Aussie depreciation over the coming months. The Australian Dollar (and other emerging market currencies) has ironically benefited as a safe haven currency option in recent months, with investors seeing the economy as relatively immune to the global slowdown and offering an attractive opportunity to shift assets away from more dangerous areas and into a seemingly robust economy with favorable yields. However, we have already begun to see deterioration in the Australian economy just as we had seen the onset of deterioration in the euro-zone back in 2008 (when the recession spread from the US), and we project an acceleration of this deterioration as the crisis enters its third phase and spreads further east. 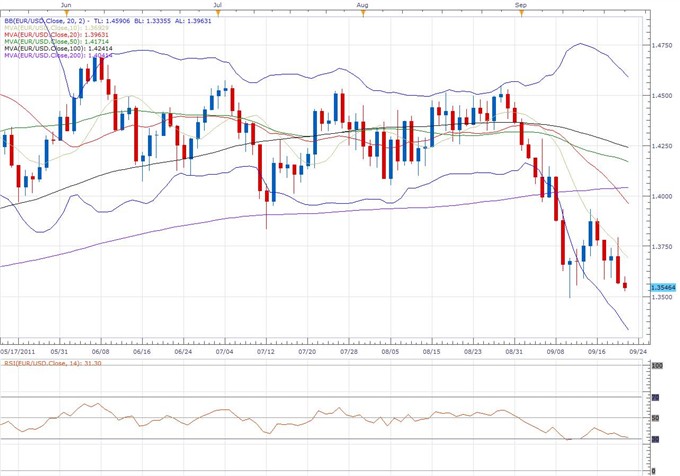 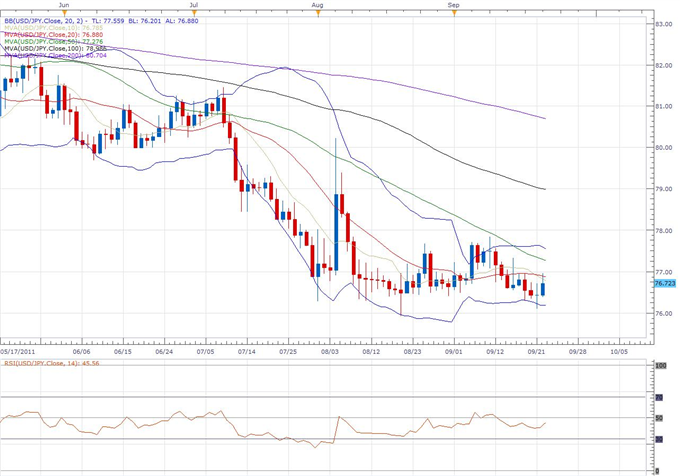 USD/JPY:This is a market that looks like it trying very hard to establish some form of a base after recently setting fresh record lows just under 76.00. Although the downtrend remains intact and has been fairly intense, longer-term studies welcome the prospects of the formation of a material base and shift in the overall structure. Price action over the past several days has been confirming, with the market very well supported in the 76.00’s and unable to extend the downtrend to fresh record lows. From here, we look for the establishment back above the 50-Day SMA to reaffirm our recovery outlook and accelerate gains towards next key resistance by 80.25 further up. Ultimately, only back under 75.95 delays. 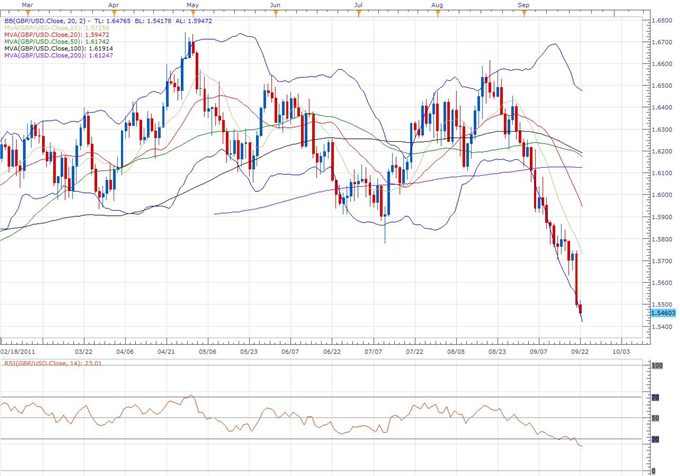 GBP/USD: Overall price action seems to suggest that this market could once again be looking to roll over in favor of some fresh medium-term declines. Any gains in recent months have proven to be very well capped above 1.6500, and this latest break back below 1.5780 opens the door for a pick-up in bearish momentum towards key support by 1.5345 over the coming session. Any interday rallies are expected to be well capped below 1.5800, while ultimately, only back above 1.6000 would give reason for concern. 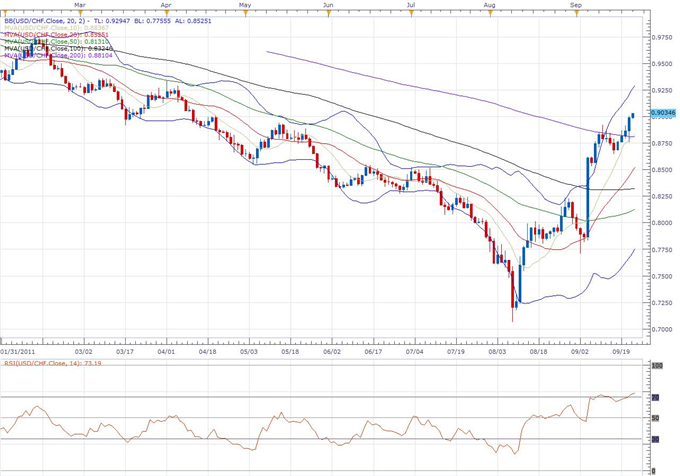