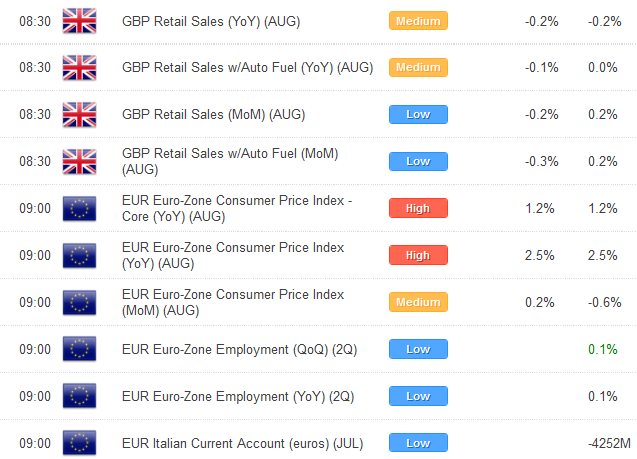 The Euro has managed to consolidate out from its recent lows in recent trade although we do not expect any additional upside to be sustainable with far too many fundamental constraints to weigh on the market. The minor reprieve for the currency and sentiment in general has come from hopes that European leaders will be able to figure out a way to contain the Eurozone debt crisis. Assurances from Germany and France that Greece will remain part of the Eurozone and comments from EU President Barosso that “the commission will soon present options for the introduction of euro bonds," have been seen as the primary drivers for the currency prop, while on the other side of the coin, conflicting rumors of an imminent Greek default, potential Italian downgrade and blowup in the European banking sector have kept the Euro and risk correlated markets very well offered on any form of a rally.

Market participants will clearly be looking for some more direction over the coming hours and Treasury Secretary Geithner’s attendance at the EU EconFin meting on Thursday and Friday could provide some needed insight. With all of the craziness surrounding the current state of the Eurozone economy, it will be interesting to see what is on the agenda of Mr. Geithner and what initiative the US official takes in attempting to help remedy the situation. Geithner will likely emphasize just how important it will be to keep Greece on life support rather than allowing the country to default, as the consequences of default will far outweigh any additional strain of propping the country from collapse. Market participants will also likely be looking for some form of reassurance from the US government that US swap lines will remain in place to the extent needed in order to avoid a funding crisis.

The New Zealand Dollar has easily been the hardest hit major currency on the day, with the relative underperformance stemming from a central bank rate decision where rates were left on hold at ultra low levels and the monetary policy outlook carried with it a less hawkish than expected tilt. This in conjunction with a very shaky global macro environment fueled the heavy selling in Kiwi which also extended to the entire commodity bloc. Even gold has been coming under pressure in recent trade and while on the surface the price action in the safe haven yellow metal seems counterintuitive, an FT article which says that European banks are rushing to exchange gold assets in an effort to access much needed dollar funds, could very well be the reason why the physical commodity has remained somewhat offered. 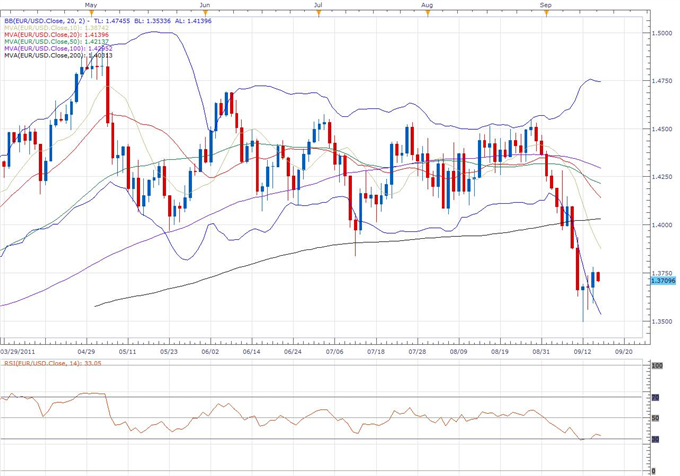 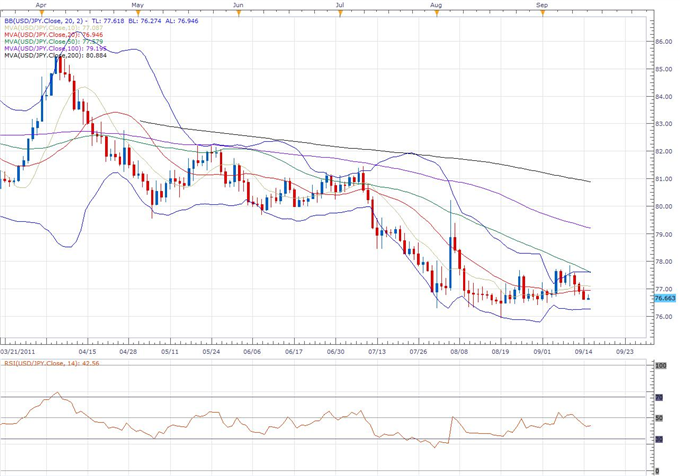 USD/JPY:This is a market that looks like it trying very hard to establish some form of a base after recently setting fresh record lows just under 76.00. Although the downtrend remains intact and has been fairly intense, longer-term studies welcome the prospects of the formation of a material base and shift in the overall structure. Price action over the past several days has been confirming, with the market very well supported in the 76.00’s and unable to extend the downtrend to fresh record lows. Instead, the ability to hold above 76.50 is looking more and more constructive, with the weekly chart also showing bullish tendencies after quietly putting in three consecutive positive closes. From here, we look for the establishment back above the 50-Day SMA at 77.65 to reaffirm our recovery outlook and accelerate gains towards next key resistance by 80.25 further up. Ultimately, only a daily close back below 76.50 would give reason for concern. 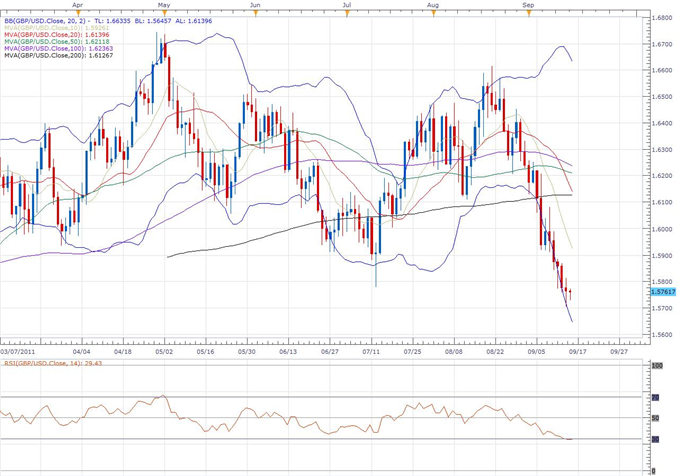 GBP/USD: Overall price action seems to suggest that this market could once again be looking to roll over in favor of some fresh medium-term declines. Any gains in recent months have proven to be very well capped above 1.6500, and this latest break back below 1.6000 opens the door for a pick-up in bearish momentum. Next key support by 1.5780 has just been broken and Wednesday’s daily close below the level confirms bias and should accelerate declines for a retest of 1.5345 further down. Any interday rallies are expected to be well capped below 1.6100, while ultimately, only back above 1.6500 would give reason for concern. 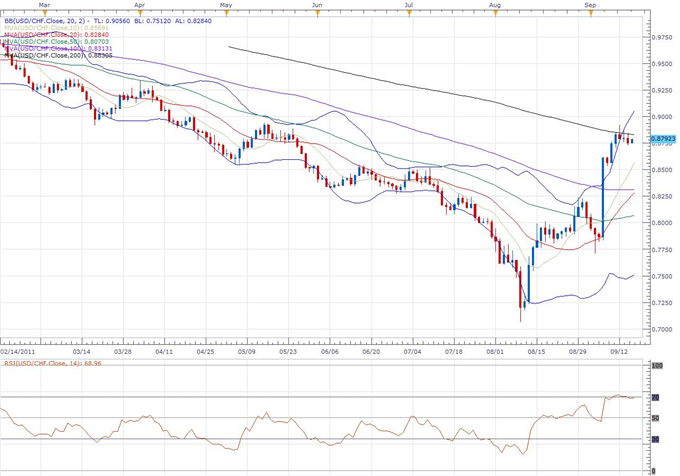