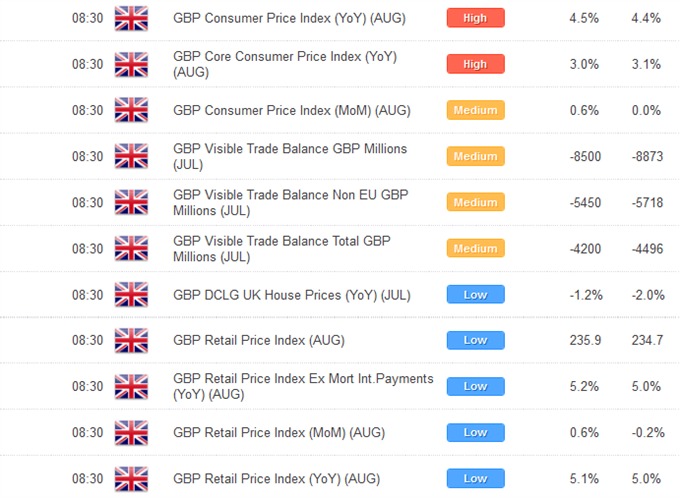 While we have been seeing a little bit of a rally in risk correlated assets over the past couple of sessions, the rally is still only classified as short-term corrective and we be looking for opportunities to once again fade the moves. Fundamentally, there have been very few plausible drivers of the price action, although, speculation that China could come to the rescue of Europe yet again through the purchase of Italian bonds has been helping somewhat.

Still, we would expect to see the higher yielding antipodeans remain under pressure, with the New Zealand Dollar finding some relative weakness on comments from FinMin English who said that New Zealand should be able to keep rates lower for a longer period of time. These comments follow remarks from RBNZ Bollard in the previous day where the central banker talked of the negative impact the stronger currency was having on exports and that the country would be better off if the currency better reflected fundamentals. Meanwhile in Australia, data continues to show signs of deterioration and this should put additional pressure on the RBA to move to a more accommodative policy stance. The latest economic data which included business conditions and business confidence was a good deal softer than previous showings.

Elsewhere, Dallas Fed Fisher was out on Monday talking monetary policy. The usually hawkish official sounded a good deal more balanced with his assessment, and while he warned that the dangers of the Fed saying that it would keep policy on hold for an extended period could lead some firms to delay their borrowing and thereby have a counter-stimulatory reaction, he also conceded that if further accommodation and yield tinkering tools showed that they could work he would be willing to vote for the implementation of these measures. 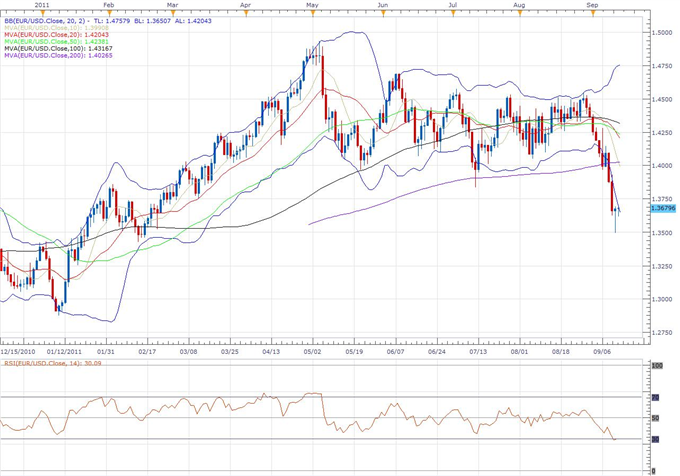 EUR/USD: The latest downside pressures have intensified with the market easily accelerating below critical support at 1.3835 to mark a significant shift in the structure. A closer look at the monthly chart dating back to the record highs from 2008 shows a progressive decline with the market in the process of carving a series of lower tops and lower lows. The clear break below 1.3835 does a good job of reinforcing the potential for the carving of the next major lower top below 1.5000 and opens the door for a more meaningful decline towards 1.2000 over the coming weeks. In the interim, look for any rallies to be well capped below the previous support now turned resistance in the 1.3835-1.4000 area. 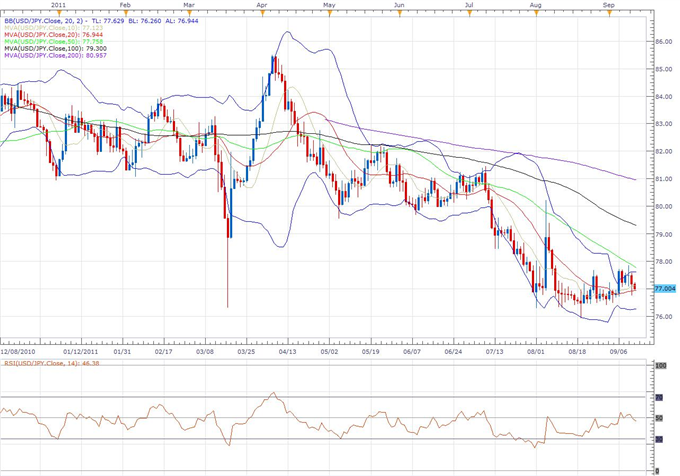 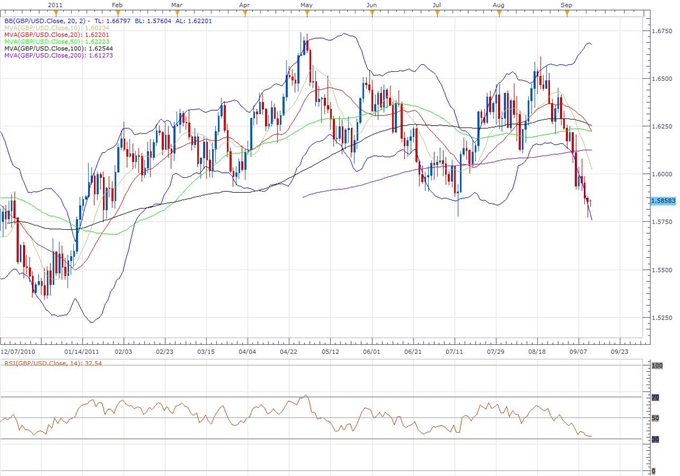 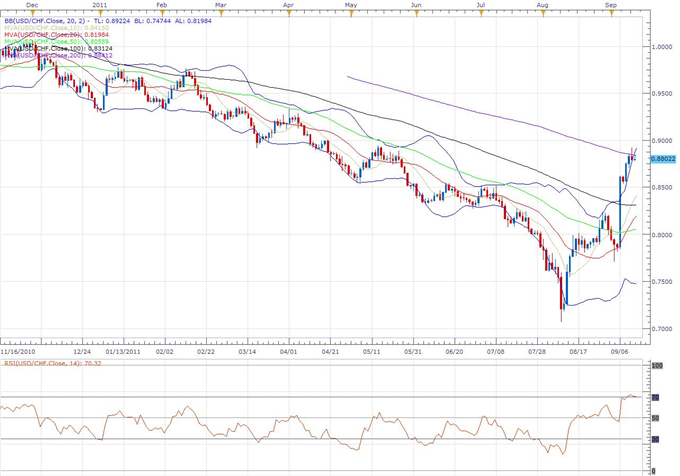 USD/CHF: A recent acceleration of gains beyond critical resistance and a previous lower top at 0.8550 confirms bullish bias and from here, we see room for fresh upside above 0.9000 and towards 0.9500 over the coming days. Look for any setbacks to be well supported above previous resistance now tuned support at 0.8550 on a daily close basis, while ultimately, only back under 0.8200 would delay. A break and close back above the 200-Day SMA for the first time in several months will provide more ammunition for our highly constructive outlook, although the longer-term SMA could cap gains over the coming sessions as the market contemplates a necessary short-term corrective pullback.