Markets are in a state of unrest and remain under intense pressure into the new week following a series of negative developments which culminated with the legitimate threat of a Greek default. The situation in the Eurozone is dire and we have seen markets respond accordingly with the Euro getting smashed across the board and breaking down just under 1.3500 thus far. Although technical studies are now showing oversold on the daily chart, there are very few fundamental catalysts which we see benefitting the Euro at present.

Any hopes for some form of coordinated response from the G7over the weekend were sorely disappointed after the communiqué provided no real tangible response to the current crisis. Other than assurances of liquidity being offered to banks, there was no real attempt or even outline for a solution to solve the structural challenges in the Eurozone financial markets. The statement looked as though it was drafted without any real sense of the current situation and instead was prepared to offer a broad generic assessment.

We continue to find it somewhat amusing that the US ratings were downgraded over the summer and yet ratings to France remain intact. However, weekend reports that French banks are bracing for downgrades are finally starting to make sense, and we would expect to see these downgrades materialize over the coming days. Although the downgrades would not be on the same level as a downgrade to the credit rating of the country, they could prove to be just as damaging to the fate of the Euro, with France being the second largest economy in the Eurozone. 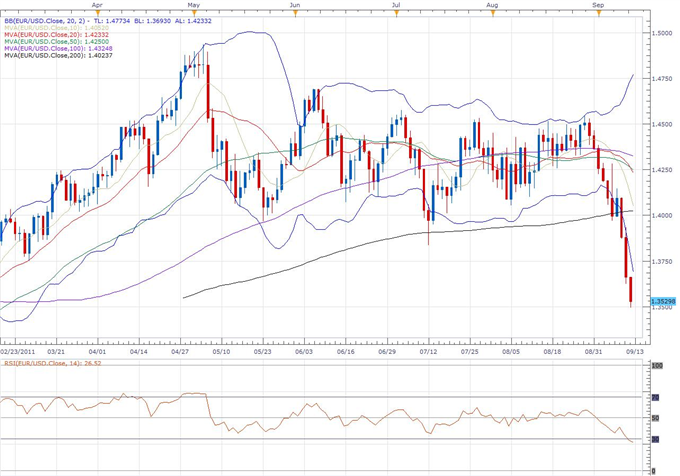 EUR/USD: The latest downside pressures have intensified with the market easily accelerating below critical support at 1.3835 to mark a significant shift in the structure. A closer look at the monthly chart dating back to the record highs from 2008 shows a progressive decline with the market in the process of carving a series of lower tops and lower lows. The clear break below 1.3835 does a good job of reinforcing the potential for the carving of the next major lower top below 1.5000 and opens the door for a more meaningful decline towards 1.2000 over the coming weeks. In the interim, look for any rallies to be well capped below the previous support now turned resistance by 1.3835. 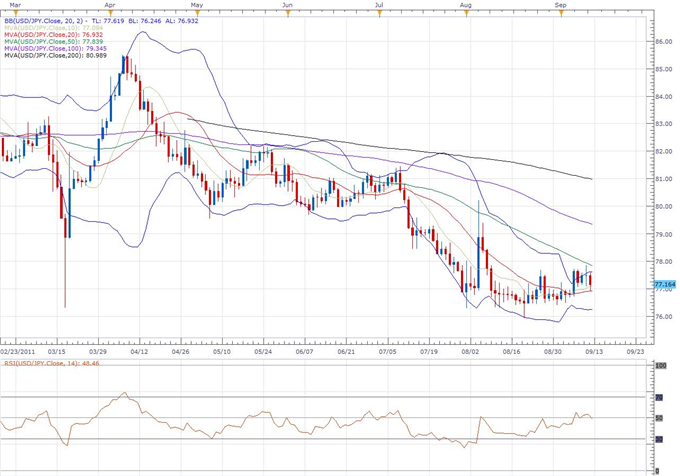 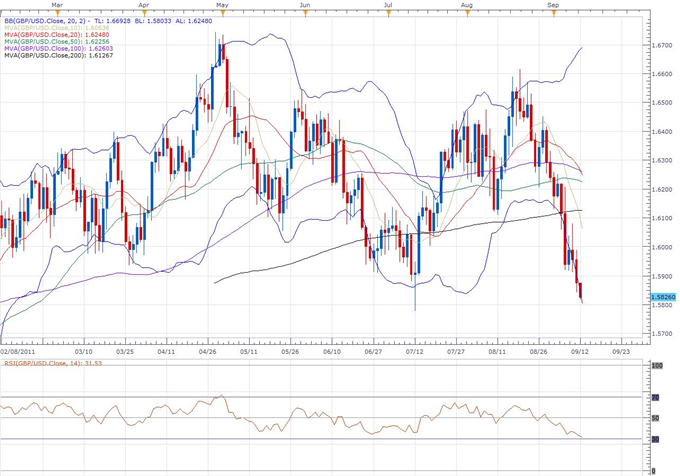 GBP/USD: Overall price action seems to suggest that this market could once again be looking to roll over in favor of some fresh medium-term declines. Any gains in recent months have proven to be very well capped above 1.6500, and this latest break back below 1.6000 opens the door for a pick-up in bearish momentum. Next key support comes in by 1.5780 and a daily close below the level will confirm bias and accelerate declines for a retest of 1.5345 further down. Any interday rallies are expected to be well capped below 1.6100, while ultimately, only back above 1.6500 would give reason for concern. 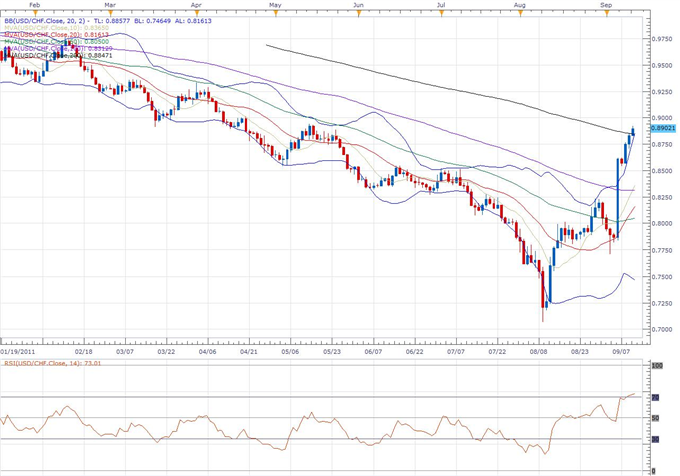