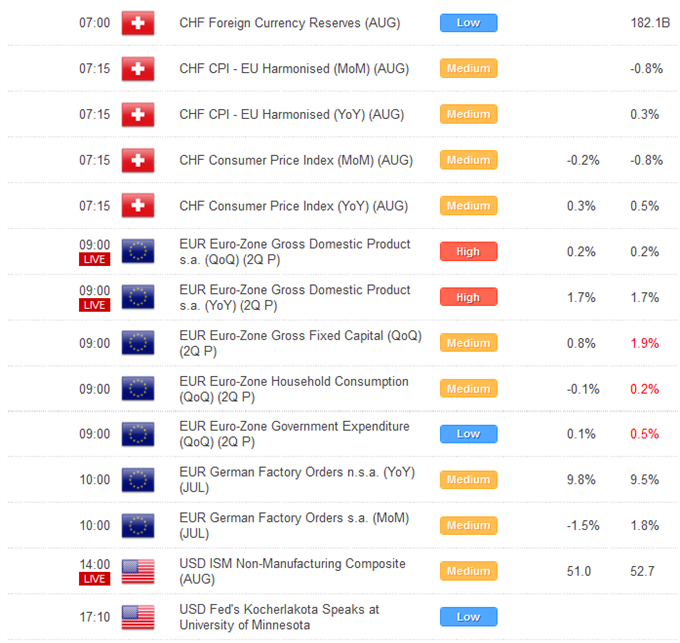 Euro and Other Risk Correlated Markets Slammed on Intensified Fears

The massive wave of risk aversion that has taken a strong hold of the markets since last Friday has intensified in the early week, with safe haven currencies standing out as the prime beneficiaries, while equities sell off sharply and gold rallies to fresh record highs. It is therefore no surprise to see the Australian Dollar emerge as a relative underperformer with the currency quite exposed given its higher yield and notable shift in central bank monetary policy. The RBA has just come out on Tuesday and while leaving rates on hold as was widely expected at 4.75%, still acknowledged the fact that policy needed to be less restrictive in the face of a slowing and strained global economy.

The driving force behind the latest acceleration in risk selling has unquestionably come from Europe where talk of collapse has been aggressively spreading, and fear and uncertainty reign supreme. A potential Italy downgrade is one of the newest concerning stories making the rounds and this has resulted in a widening of Italy and Greece bond spreads to record levels. These developments already follow grave concern over the fate of the European banking sector with Deutsche Bank head Josef Ackerman making matters worse after saying that “market conditions were as febrile as at the height of the 2008 Lehman crisis.” Ackerman also added that many European banks would not be able to survive after revaluing sovereign debt held on the banking book at market levels.

This will only add to the panic of US banks exposed to European financial markets, and rumors in recent weeks of scaled back US exposure to European banks will gain more legitimacy. Adding more fuel to the fire, Merkel’s defeat in the latest regional elections is significant as it could very well jeopardize the constitutionality of Germany’s contributions to the Greek bailout plan.

Looking ahead, Swiss CPI, Eurozone GDP and German factory orders are the key releases in European trade and all could potentially influence price action. Things are quieter into North America where trading gets back into the full swing of things following the US long holiday weekend, with the only notable release coming in the form of ISM non-manufacturing. Equity futures are pointing to a much lower open, while oil is significantly weighed down and gold inches closer to major psychological barriers at $2000. 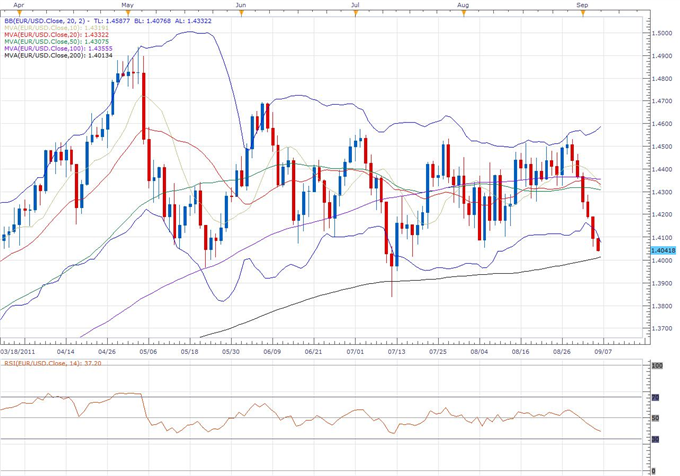 EUR/USD: The market still remains confined to a broader consolidation since April, with rallies well capped above 1.4500 and pullbacks finding decent support below 1.4000. However, the contraction in volatility over the past several months warns of a near-term breakout and given the more bearish structure on the monthly chart which suggests the formation of a longer-term lower top by 1.5000, we project the breakout to be to the downside. In the interim, look for setbacks to extend back towards and below 1.4000 over the coming sessions, with any intraday rallies expected to be well capped ahead of 1.4300. Next key support by the 1.4000 psychological barrier is significant as it also represents the 200-Day SMA. The market has not closed below the 200-Day SMA since January 2011. 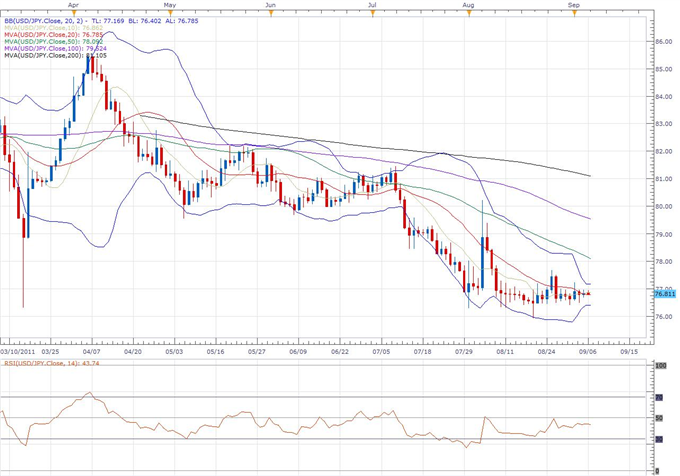 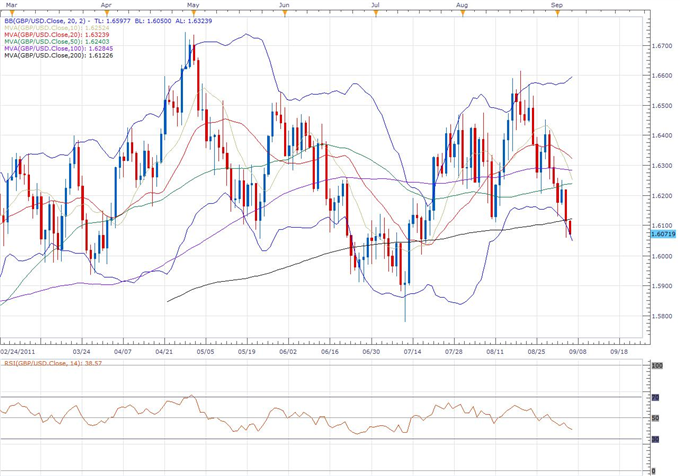 GBP/USD: The market remains locked in a broader consolidation off of the April highs, and a fresh top is now sought out by 1.6600 in favor of the next downside extension back towards the recent range lows at 1.5780. Ultimately, only a daily close above 1.6550 would delay outlook and give reason for pause, while the latest daily close back under the 200-Day SMA should accelerate declines below 1.6000. In the interim, look for any intraday rallies to be well capped below 1.6250 on a daily close basis. 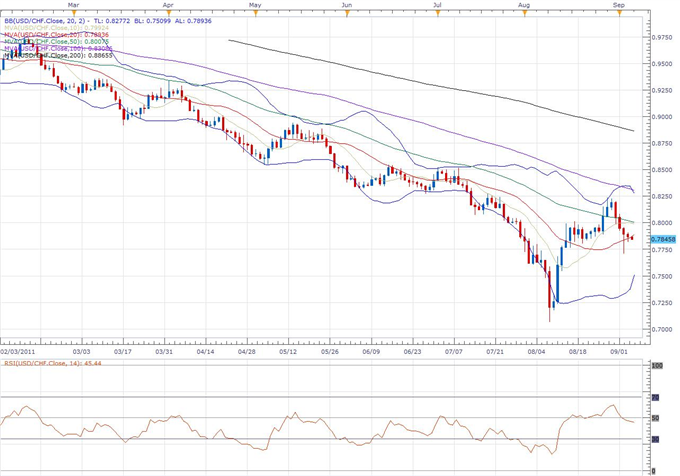