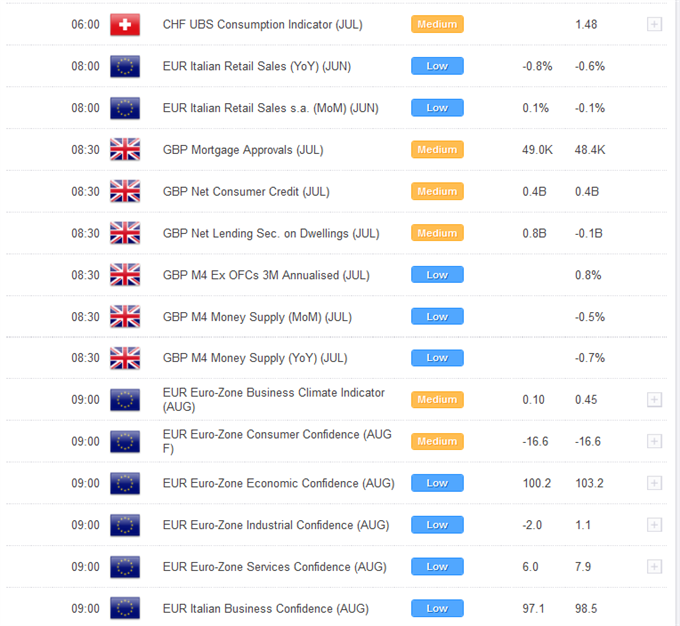 Markets remain well supported for the time being, although we would classify any bounce in risk correlated assets as more consolidative than anything else at this point. Volumes behind the rallies have been far from impressive, and this in conjunction with an end of summer trading environment almost makes the price action irrelevant. The New Zealand Dollar has emerged as the strongest major currency over the past several sessions, with the rebound in risk appetite and some solid local data contributing to the relative outperformance. Most recently, gains have been aided by an impressive jump in building consents. The higher yielding Australian Dollar has also been well bid, although economic data here has been less supportive with building approvals coming in on the softer side of consensus estimates. Still, we see both of these currencies starting to find solid offers at current levels against the US Dollar and would be on the lookout for the formation of lower tops in both NZD/USD and AUD/USD.

Elsewhere, Yoshiko Noda has been announced as the new Japanese PM elect, and the development seems to have inspired some bids in USD/JPY, with Noda well known to be a proponent of active currency intervention. Japanese data was also out and failed to impress with both the unemployment rate and retail sales coming in weaker. In the UK, data was no better after consumer services optimism slumped. Looking ahead, European economic data includes UK mortgage approvals and Eurozone confidence data, while in North American trade, US consumer confidence and the release of the Fed Minutes will be the main events. On the official circuit, Fed Kocherlakota is slated to speak at 16:15GMT on the topic of the economy. US equity futures and commodities prices are all consolidating their latest moves.

On the strategy front, it is worth keeping an eye on the Euro to see if the market can extend gains beyond yesterday’s 1.4550 highs. While the market has recently broken out of a multi-week triangle and is showing bullish tendencies, we are still not yet convinced of the strength and inability to establish above 1.4550 followed by a break back below 1.4500 will help to confirm our suspicions and open the door for a resumption of broader weakness. 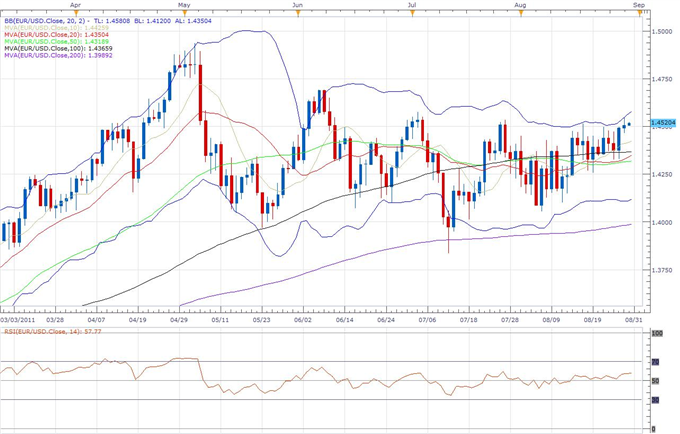 EUR/USD: The market has finally broken out of a multi-week triangle formation with the push above 1.4535 on Monday ending a sequence of lower tops since the market peaked in April. Technically, the move is bullish with the break implying additional upside and potentially exposing an eventual retest of the 1.5000 area. However, we would also not dismiss the possibility of a false break at this early juncture, with the market reversing sharply back below 1.4500 and accelerating to the downside. At the moment, we will stand aside to see how the market trades over the coming days. 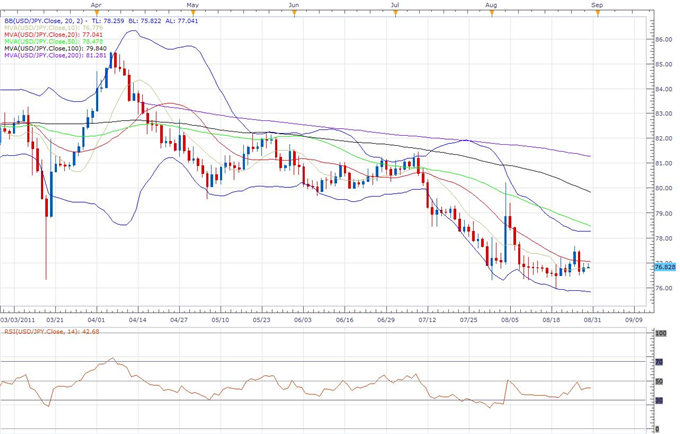 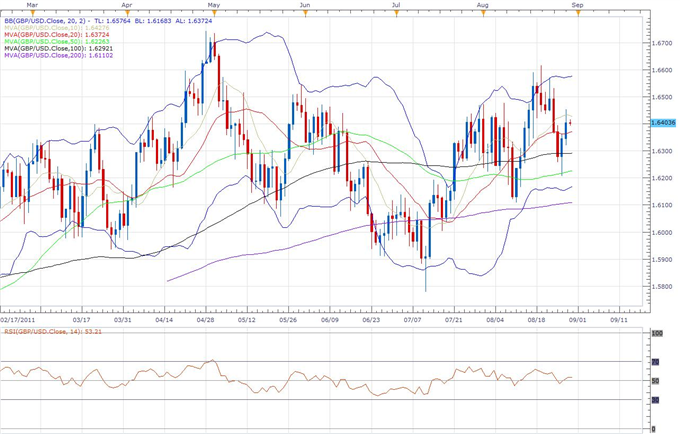 GBP/USD: The market remains locked in a broader consolidation off of the April highs, and a fresh top is now sought out by 1.6600 in favor of the next downside extension back towards the recent range lows at 1.5780. Ultimately, only a daily close above 1.6550 would delay outlook and give reason for pause, while the latest daily close back under 1.6350 should accelerate declines. In the interim, look for any intraday rallies to be well capped below 1.6450 on a daily close basis. 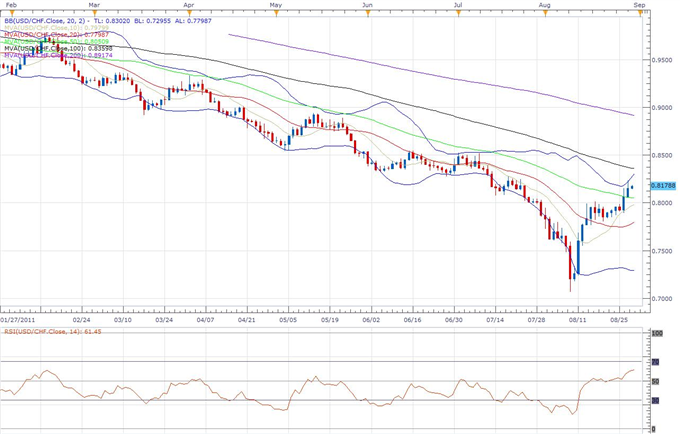