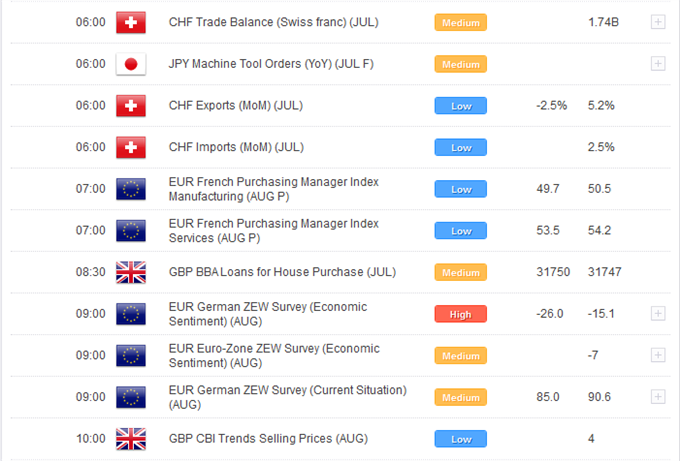 Euro At Risk for Deeper Setbacks As Bearish Storylines Emerge

Price action in the early week has been quite subdued and all major currencies seem content on trading within a well defined consolidation. However, this quiet consolidation should not be taken for a dismissal of underlying fear and uncertainty over the outlook for the global economy, and markets still remain quite vulnerable to severe bouts of risk liquidation. If there is one market which is sending this message loud and clear, it is certainly the gold market, with the yellow metal surging to yet another record high and inching even closer to major psychological barriers at $2000.

We are actually quite surprised to see markets so quiet this week, with the tight trading range in the Euro of particular interest. Two major stories hit the wires on Monday and neither story was able to gain any real traction despite the suggested Euro negative implications. The first story came out of China where Reuters quoted China’s Peoples Daily as saying that “the black death-like spread of the euro zone’s sovereign debt crisis endangered China’s exports to the euro zone.” Although China’s holdings of Euro reserves were significantly less than those of their US Dollar reserves, the article went on to explain that the “Euro debt crisis would lead to a decline in real demand that would have a far-reaching impact on the country's real economy."This is significant as it is the first time we are hearing Euro negative banter out of China.

The second story which failed to gain traction and could also be equally as Euro bearish came out of the euro zone itself with Moody’s issuing a warning that euro zone states should think twice about seeking collateral for aid to Greece if they had any desire for the bailout to stay on track. Greece is simply not in a position to b able to offer collateral for its loans and any requests for such collateral will significantly delay and even threaten the broader euro zone recovery process.

As we have already outlined, both of these stories have failed to have any real market moving influence and we will continue to keep a close watch to see if investors eventually do respond to the developments. Technically, the Euro has reached the apex of a multi-week and multi-month triangle and a major breakout is to be expected at any moment. Should these stories actually gain traction, the breakout could very well be to the downside. Key short-term technical support comes in by 1.4255 and a break below could act as the catalyst. 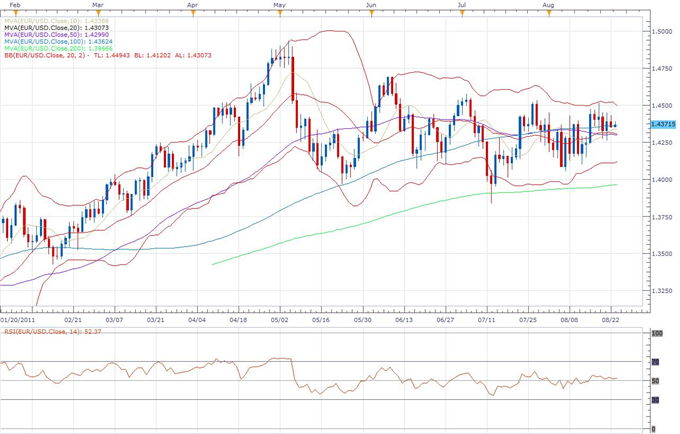 EUR/USD: The market continues to adhere to a bearish sequence of lower tops since May, with a fresh lower top now in place by 1.4535 ahead of the next downside extension back towards and eventually below 1.4000. In the interim, look for any intraday rallies to be well capped by 1.4500, while only a daily close back above 1.4535 negates. Short-term support now comes in by 1.4255 and a break back below should accelerate declines. 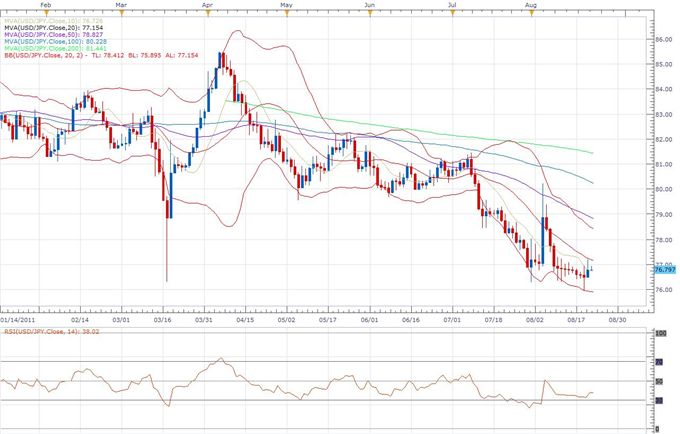 USD/JPY:Although the market finally managed to break to fresh record lows below 76.00, failure to establish any downside momentum on the break suggests that the market could be looking to establish a more meaningful base. At this point, buying at current levels seems to be a compelling trade, with the market by record lows and likely due for a major reversal. However, we would look for a break and close back above 77.30 at a minimum to strengthen bullish reversal prospects and alleviate immediate downside pressures. Back under 76.00 negates and exposes next key psychological barriers by 75.00 further down. 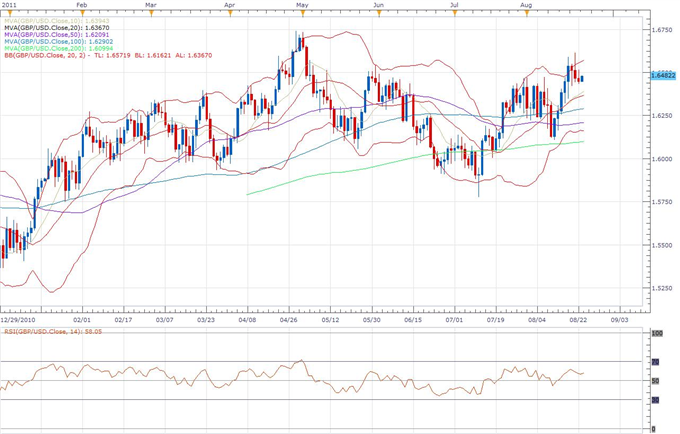 GBP/USD: The market remains locked in a broader consolidation off of the April highs, and a fresh top is now sought out somewhere around 1.6550 in favor of the next downside extension back towards the recent range lows at 1.5780. Ultimately, only a daily close above 1.6550 would delay outlook and give reason for pause, while a daily close back under 1.6350 should accelerate declines.The recent topside failure just over 1.6600 reaffirms bearish outlook. 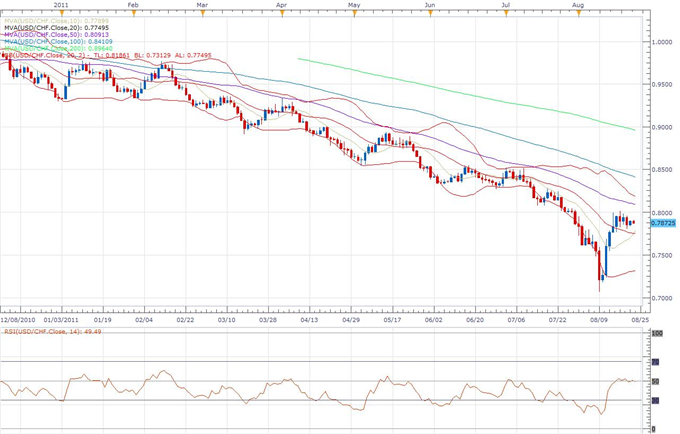