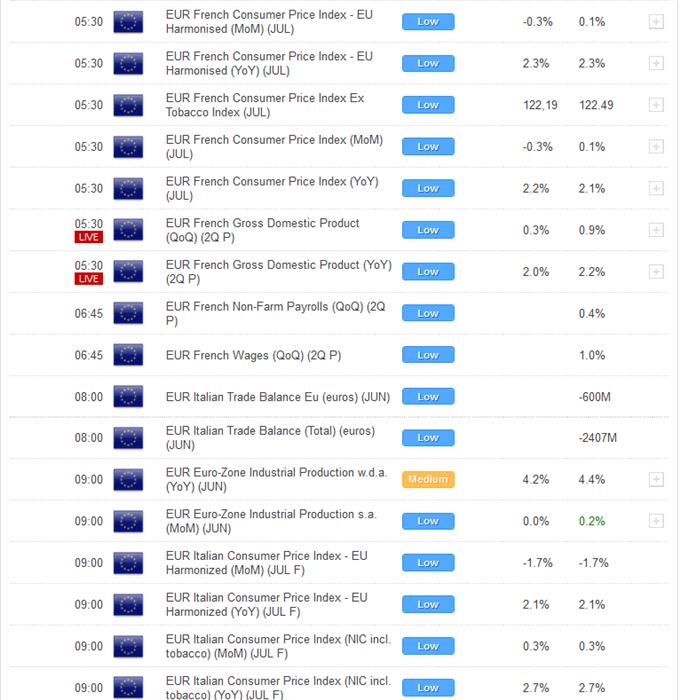 Seesaw Trade Continues On Compelling Cases for Both Bulls and Bears

The violent seesaw trade continues into Friday with markets recklessly swinging back and forth and showing no clear short-term directional bias. While on the one hand, the global macro outlook remains highly uncertain and gives good reason for playing the short risk side of things (particularly in light of various measures taken to ban short selling in overseas markets on Thursday), on the other hand, investors are having a hard time staying on the sidelines with equity valuations looking so attractive and presenting compelling buy opportunities. Nevertheless, fears over the outlook for the Eurozone (which has take center stage) are legitimate and we will need to see more signs of stability within the region to really encourage any chance for a sustainable risk recovery.

Panic and fear like was seen back in the US in 2008 is now running through Europe and talk of potential credit downgrades and bank failures is not something that can easily be dismissed. For the time being, the best place to be right now is probably on the sidelines until the dust settles and more clarity can be offered. Looking ahead, Fed Dudley is slated to speak later today, and we recommend paying close attention to the Fed speaker’s comments with the official expected to offer some additional insights into the most recent rate decision. Dudley was one of the majority opinions on the more dovish side and will be the first to speak following the major event risk.

Some markets that might be worth keeping an eye on are the Swiss Franc - following the latest offensive from the SNB warning of additional measures to curb currency appreciation (SNB Jordan most recently suggested pegging the Franc to the Euro); the Australian Dollar - given that this market is correlated to risk and global growth prospects and is the highest yielding major currency; the Yen – which failed to break to fresh record lows and still looks like it could break down below 76.25 in the absence of any central bank intervention; and Gold – which sits just off record highs and only managed to pullback marginally on a relative basis despite a staggering rebound in equities on Thursday. 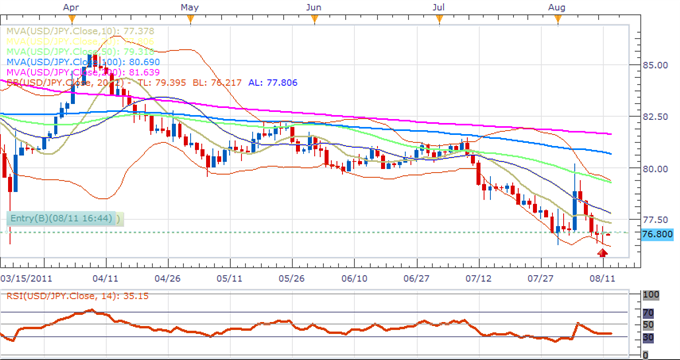 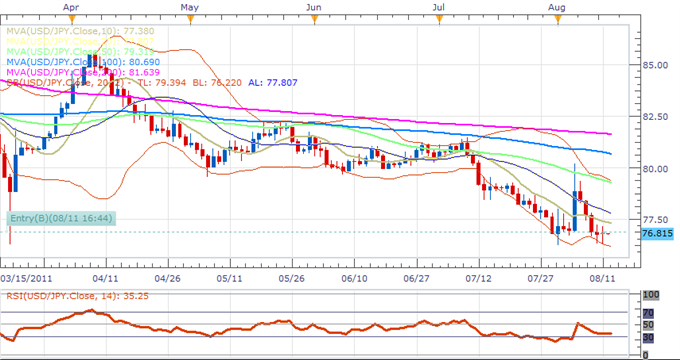 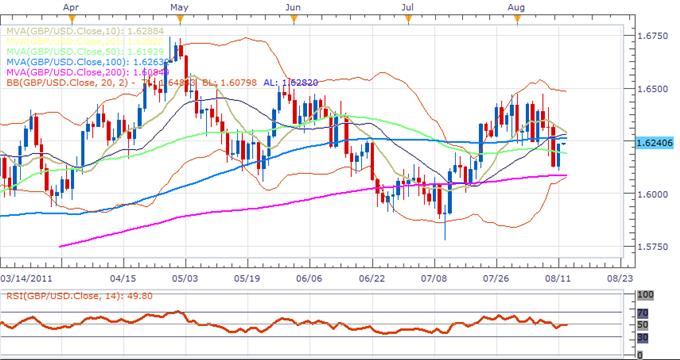 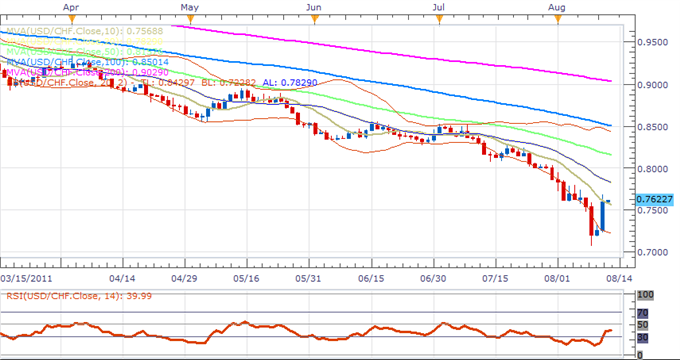 USD/CHF: The latest sharp reversal off of record lows just shy of 0.7000 is encouraging and could finally be starting to signal the formation for a major base. A strong bullish close on Thursday ends a sequence of consecutive daily lower tops and also marks the first time in a while that the market has actually managed a close above the previous daily high. Look for any setbacks to be well supported ahead of 0.7400, while rallies could now extend back above 0.8000 over the coming sessions. Weekly studies are also confirming with the potential formation of a very bullish bottom close.