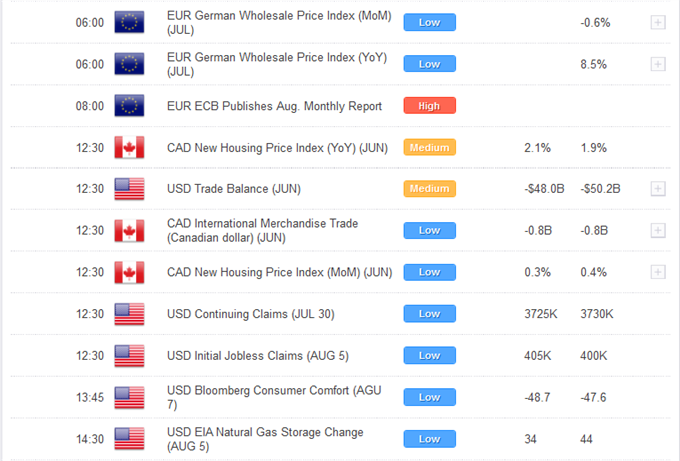 More of the Same Panic and Fear; Gold Rallies to Yet Another Record High

Markets are once again back under pressure after Tuesday’s equity market gains were entirely wiped out (9th worst point drop on record for Dow). Fear and panic remain firmly in control, and gold prices continue to soar to record highs beyond $1800. The US Dollar has been a major beneficiary of the safe haven liquidation, while the Franc and Yen are also incredibly well bid. Meanwhile, the higher yielding commodity bloc has been decimated, and the Australian Dollar has led the declines. A weaker batch of employment data out of Australia has not helped the antipodean’s cause, with the unemployment rate rising to 5.1% and coming in well above the 4.9% expectation.

Elsewhere, contagion fears in Europe have picked up, with market participants seriously worrying about the ability for the Eurozone economy to recover from what appears to be a very deep and messy crisis. The attention has shifted to Italy, with the country’s banking sector falling apart, while France’s credit worthiness is also in the spotlight following the S&P downgrade of US ratings. Any additional deterioration in the Eurozone could seriously compromise the credibility of the EFSF. Looking ahead, the economic calendar for the remainder of the day is mostly second tier, and markets should continue to trade off of the broader global macro themes and developments. 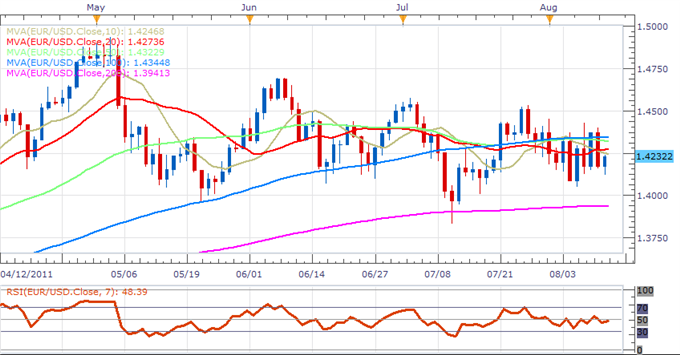 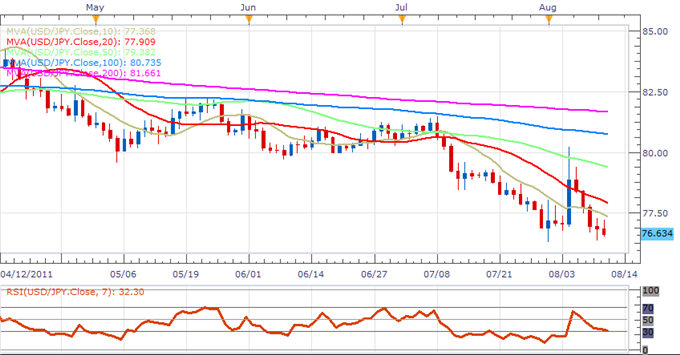 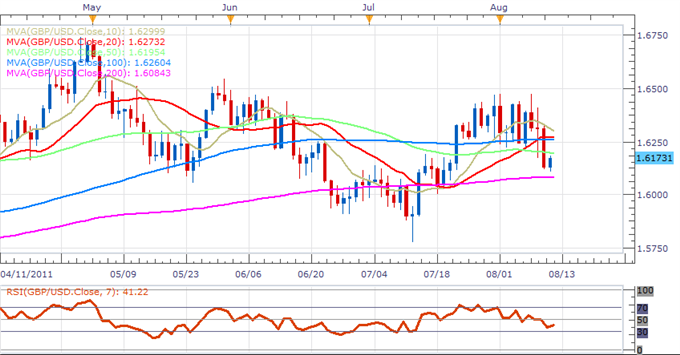 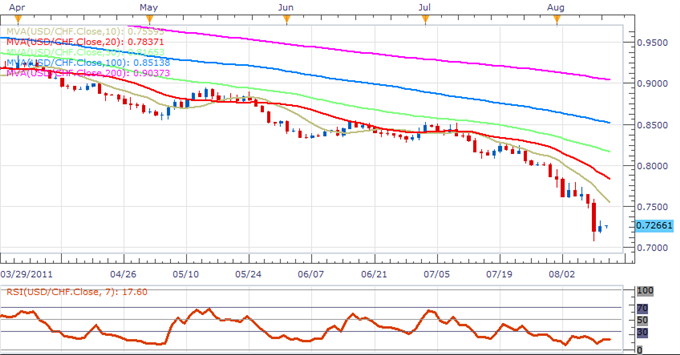 USD/CHF: Despite the intense downtrend resulting in recently established fresh record lows by 0.7000, short/medium/longer-term technical studies are violently stretched, and we continue to like the idea of taking shots at buying in anticipation of a major base. Still, at this point, fading this trend will require some upside confirmation and we would look for a break and close back above 0.7350 at a minimum to open the door for these reversal prospects and alleviate immediate downside pressures.