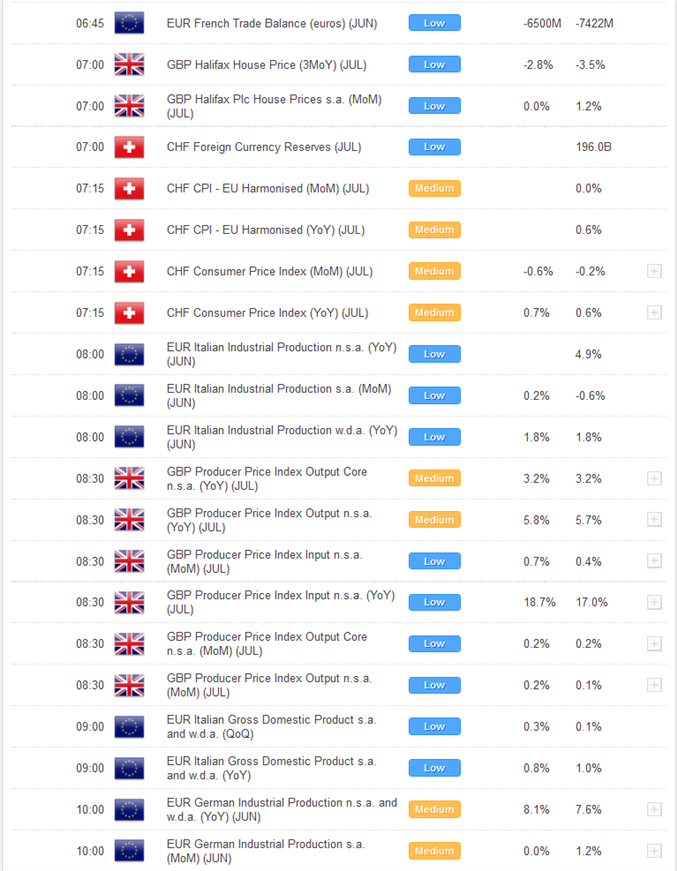 Thursday was a day of insanity with market confidence continuing to evaporate as fear and risk liquidation dominated trade. The ongoing uncertainty over both the Eurozone and US economic outlook intensified, and market participants did not waste time running for the exits with nearly all major currencies and asset classes getting smashed in favor of a flight to US treasuries, the US Dollar and Swiss Franc. The higher yielding commodity bloc currencies were the biggest hit of the major currencies, while the Euro and Pound also suffered significant declines. On the commodity front, oil was decimated, while even gold could not hold onto gains to put in a bearish outside day formation off record highs. Equities were a major storyline, with setbacks reminiscent of some of the worst in recent years.

It seems as though investors have grown increasingly skeptical with tactics by governments to artificially prop the global economy, as the macro environment has shown little ability to manage any sustainable recovery since faltering back in 2008. Both the Eurozone and US government attempts to deal with their respective debt crises in recent days have done very little to inspire any confidence, while more attempts at currency intervention on behalf of the SNB and BOJ have also been met with strong resistance. Ironically, it could very well be announcements of additional stimulus measures or intervention which end up supporting the markets (short term no doubt) yet again.

Other tools used in recent months to stimulate the global economy have been the implementation of monetary policy accommodation and ultra alternative accommodation in the form of quantitative easing. But we could be in an even scarier situation in 2011, with these tools nearly exhausted and very little room for additional accommodation, with global interest rates at historically low levels. It seems as though Mr. Gross over at Pimco was very right several months back when he said we were entering the “new normal.” We are simply in a very different time than we were even a few years ago and market dynamics have changed dramatically. Expectations for return need to be downsized and it will still take a good amount of time before we can manage any form of a sustainable global economic recovery.

With markets so severely overextended, we would however not rule out the potential for some form of a corrective rally on Friday. One potential catalyst for such a reversal won’t come until the North American morning. But a better than expected US NFP release later today will certainly be a welcome development and could very well act as a catalyst for some renewed optimism in a very dark and gloomy global macro scene. In the interim, the European calendar is stacked with mainly secondary data releases, although Swiss CPI could take on added significance in a market that simply can not find any excuse to sell the Franc. Also due out in European trade are UK producer prices. 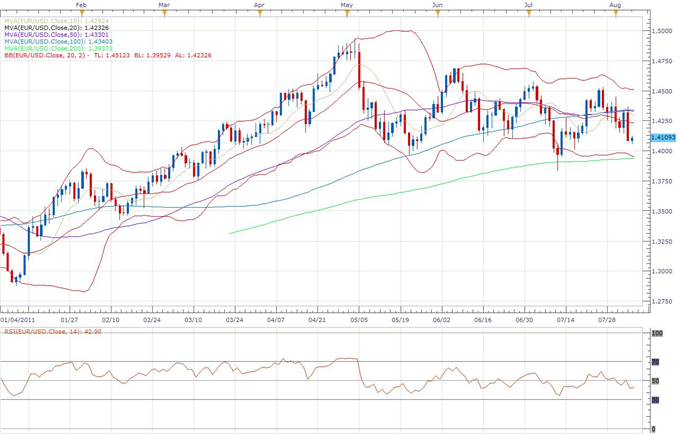 EUR/USD: The market continues to adhere to a bearish sequence of lower tops since May, with a fresh lower top now in place by 1.4535 ahead of the next downside extension back towards and eventually below 1.4000. In the interim, look for any intraday rallies to be well capped ahead of 1.4250, while only back above 1.4375 delays. 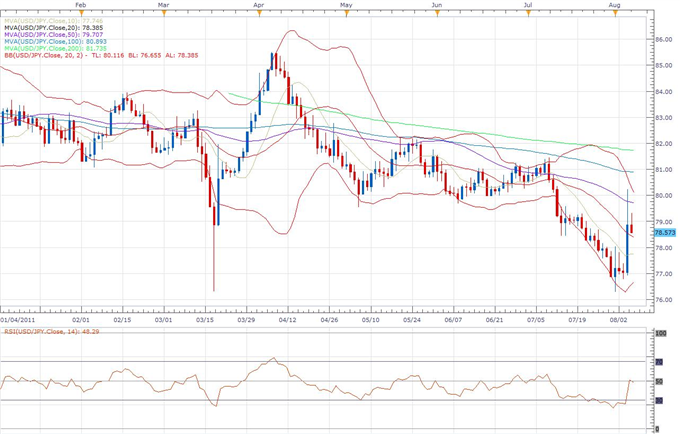 USD/JPY: Setbacks have stalled out just ahead of the 76.25 record lows from March, with the market dropping to 76.30 ahead of the latest sharp reversal. The bounce is somewhat significant on a short-term basis, with the market showing just how well it is supported down by 76.00. Given that we are seeing the rate by record lows, we would not at all be surprised to see the formation of a material base in favor of significant upside back towards the 82.00 area over the coming sessions. Thursday’s surge back through 80.00 confirms bias and should accelerate. In the interim, any intraday setbacks should now be well supported above 78.00. 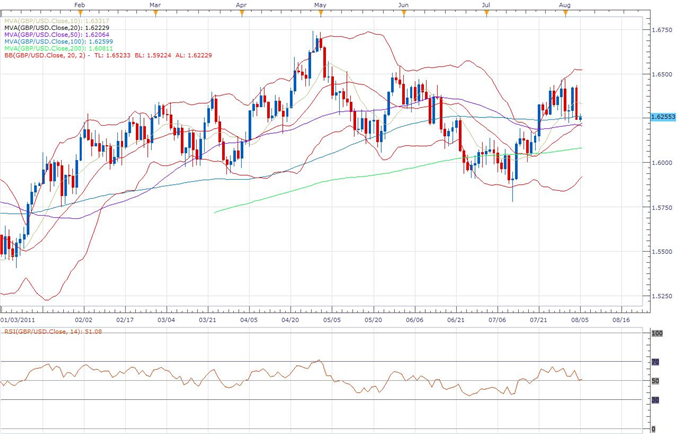 GBP/USD: The market remains locked in a broader downtrend off of the April highs, and a fresh lower top now looks to be in place ahead of 1.6500 in favor of the next downside extension back towards the recent range lows at 1.5780. Ultimately, only a break back above 1.6550 would delay bearish outlook and give reason for pause, while the latest break back under 1.6220 should accelerate declines. In the interim, look for intraday rallies to be well capped ahead of 1.6400. 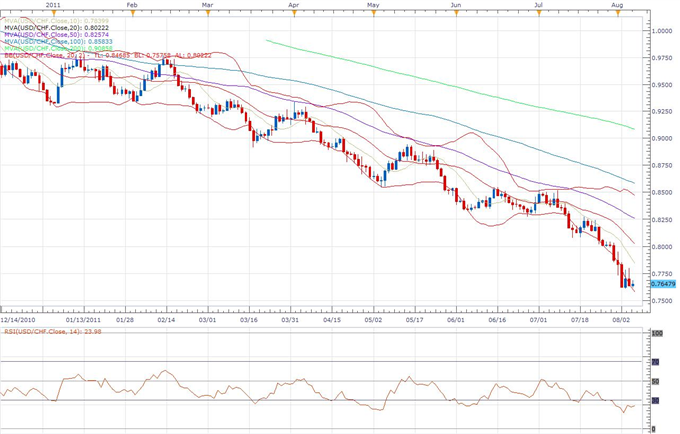 USD/CHF: Despite the intense downtrend resulting in recently established fresh record lows by 0.7600, short/medium/longer-term technical studies are looking quite stretched to us, and we continue to like the idea of taking shots at buying in anticipation of a major base. Still, at this point, fading this trend will require some upside confirmation and we would look for a break back above 0.7860 at a minimum to open the door for these reversal prospects and alleviate immediate downside pressures.