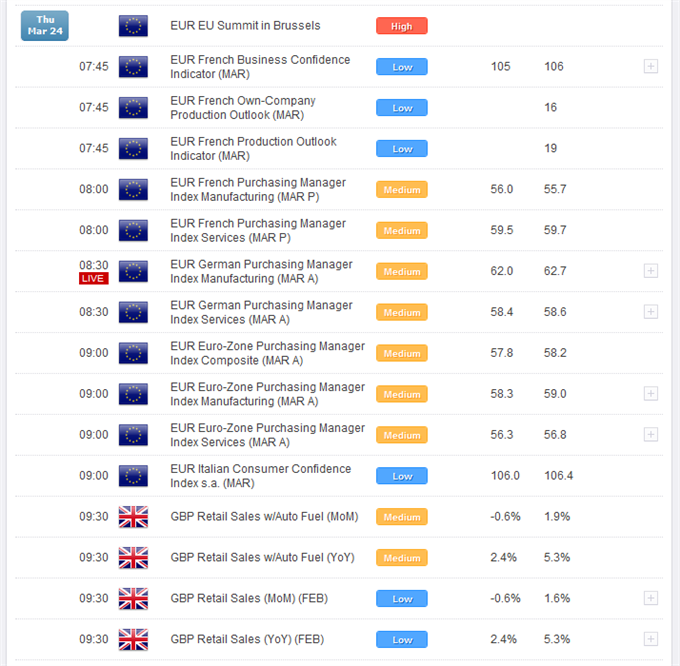 The Euro has been very well offered over the past few sessions and stands out as the clear across the board underperformer. Portugal is back in the news after its Parliament rejected the government’s austerity plan which led to the resignation of the PM, and this has once again rehashed talk of a potential EU/IMF bailout. Meanwhile, news that Moody’s would downgrade Spanish banks has also been factoring into the latest round of Euro weakness.

We would however warn that the Euro has been very well bid into dips, and could just as easily reverse course back to the topside. There is some initial previous resistance turned support by 1.4035 and the market would now need to break below this level to keep the pressure on the Euro. Inability to establish below 1.4035 would however keep the underlying bullish Euro momentum intact despite the latest minor setbacks.

Sterling was also under pressure on Wednesday with the market weakness correlated with Euro declines and also coming from a less hawkish than expected Bank of England Minutes. The Minutes produced an as expected 6-3 split in favor of the doves, and the MPC was still seen expressing uncertainty over the outlook for the economy. Additionally, the central bank mitigated fears of inflationary pressures after reiterating a calmer and more contained medium-term inflationary outlook.

Some currencies however were seen moving in a different direction, with the antipodeans very well bid and actually tracking higher despite the Euro weakness, with surging commodities prices and a rebound in US equities helping to fuel bids on the commodity bloc. The subsequent release of some higher China PMI data along with reassuring comments from the RBA Financial Stability Review helped to keep the Australian Dollar well bid, while a better than expected New Zealand GDP release was seen driving the relative bids in Kiwi. The Canadian Dollar has definitely been the laggard in recent trade on the commodity bloc, but is still outperforming against the Euro and Pound. Higher oil prices and near record gold prices have given the Loonie a leg up on the other major currencies.

Looking ahead, the key releases in European trade come in the form of some German manufacturing PMIs at 8:30GMT and UK retail sales shortly after at 9:30GMT. Any weakness in the German PMI data could inspire another round of Euro selling, while a softer than expected UK retail sales will likely accelerate Sterling declines. US equity futures and commodities prices are tracking sideways into the European open and consolidate their latest gains. 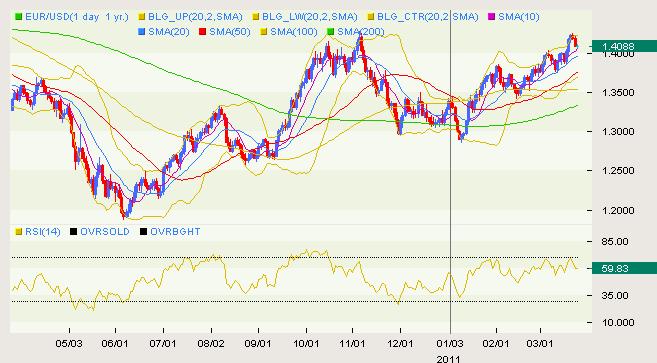 EUR/USD: The market has stalled out for now ahead of the key November 2010 highs by 1.4280 and is in the process of a correction. At this point, the pullback can only be classified as short-term corrective weakness and ultimately, only a break back below 1.3750 would be required to negate this structure. In the interim, look for a fresh higher low to carve out somewhere ahead of 1.3800 in favor of the next upside extension towards 1.4280. 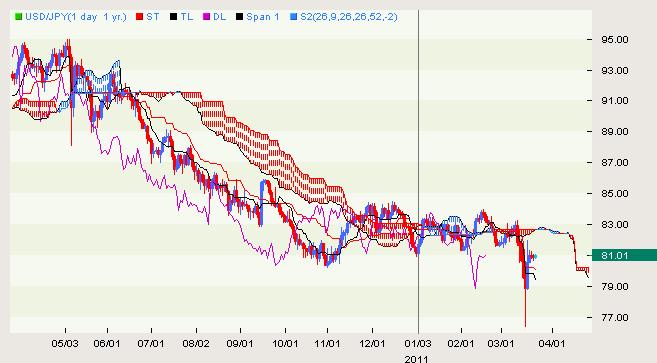 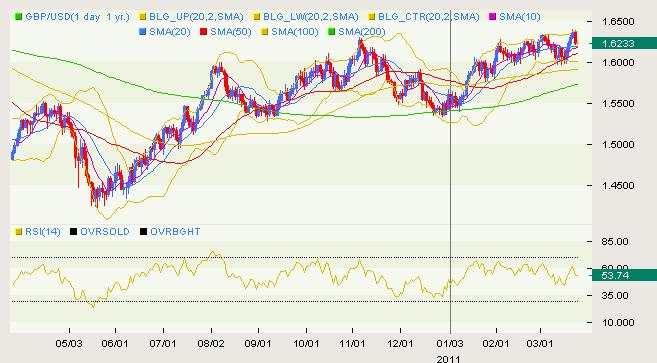 GBP/USD: The 1.6300 handle continues to be a difficult obstacle for bulls, with the market unable to hold above the figure for any meaningful period of time. As we had warned in the previous daily analysis, the market has once again rejected trading above the figure to set up a bearish reversal day exposing deeper setbacks towards 1.6000 over the coming sessions. Ultimately, only back above 1.6400 delays. 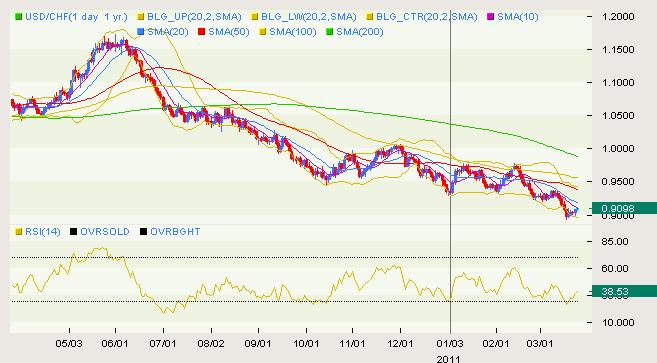