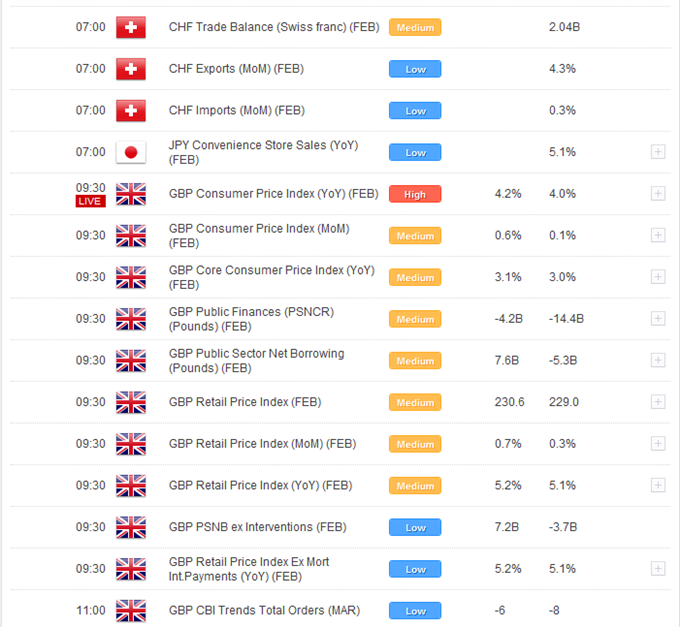 There have been very few developments over the past several hours with markets seemingly pausing for a breather ahead of their next major moves. The latest wave of price action was primarily driven off comments (or lack there of) from ECB President Trichet who basically signaled a rate hike at the next meeting. All else has been quiet, with no worse news out from Japan and the Libya turmoil stabilizing.

The Euro looks poised for a retest and break above critical resistance from November 2010 at 1.4280, while Cable has broken back above 1.6300 barriers and the commodity bloc has come back into favor. Meanwhile, the recently volatile Yen and Franc have been content on some consolidation from their record levels against the Greenback.

With very little in the way of any new stories, we feel it is worth mentioning one potentially USD positive development in the pipeline that could gain some traction. The Homeland Investment Act (“HIA”) is a renewed program to allow repatriation of foreign profits back into the United States at favorable tax rates. The revival of the program has come up in the context of broader corporate tax reform in the United States, with supporters of the act arguing that it provides an attractive and inexpensive stimulus to the economy at a limited d budget cost.

This would be the second round of the HIA, with the first coming in 2005. While it is unclear just how much of an influence HIA1 had on the USD in 2005, it is quite clear that the event did result in some broader USD appreciation, with the buck well bid for the entire year. A second round of HIA should therefore generate another USD positive reaction and could be even more powerful with data showing an even greater amount of funds that could be repatriated this time around.

However, the one caveat that is cited by a well know strategist at a major bank, is that any broad based USD rally on the back of HIA2 would likely be somewhat offset by the need for reserve manager diversification away from the buck. Reserve diversification has been a major theme in the currency markets over the past few years and is expected to result in additional USD selling over the coming years as these managers look to more appropriately balance the weightings of their reserves away from US Dollars.

Still, at the end of the day, HIA2 could very well gain some traction and is definitely something that is worth keeping on the radar screens. This is a story that has been fairly quiet of late and is probably not getting as much attention as is warranted.

Looking ahead, the economic calendar in the European session is Swiss and UK intensive, with the key release coming in the form of UK CPI due at 9:30GMT. If the markets continue to trade quietly, the UK inflation data could very well generate some isolated volatility in the Pound. US equity futures are slightly lower into the European open, while commodities trade flat and consolidate their latest moves. 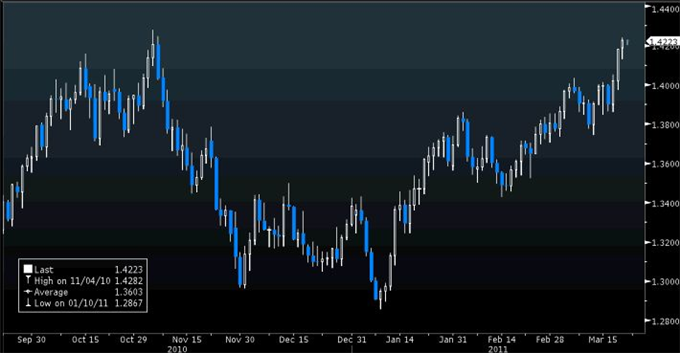 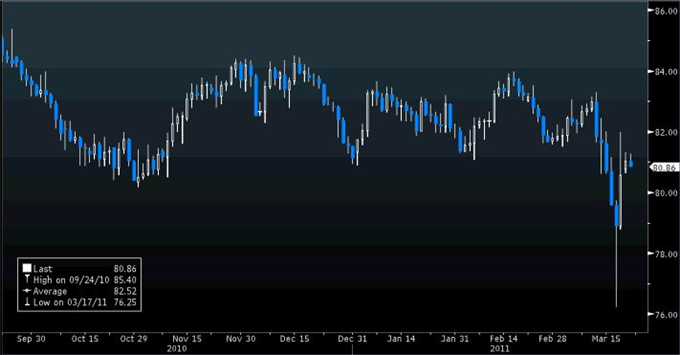 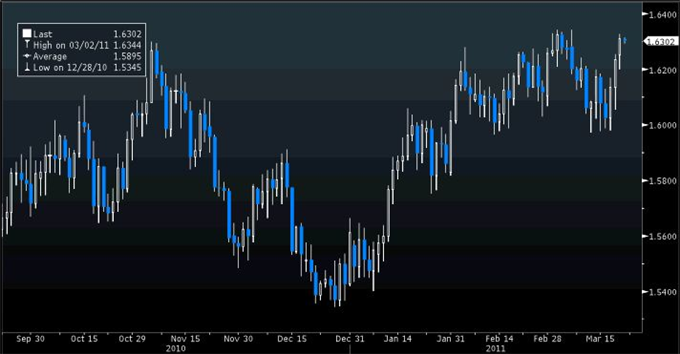 GBP/USD: The 1.6300 handle continues to be a difficult obstacle for bulls, with the market unable to hold above the figure for any meaningful period of time. As such, we would warn that the latest rally above the figure should be met with reservation, as the market could once again stall out above the figure. In the interim, key short-term support comes in by 1.6060 and a break back below would be required to take the pressure off of the topside. 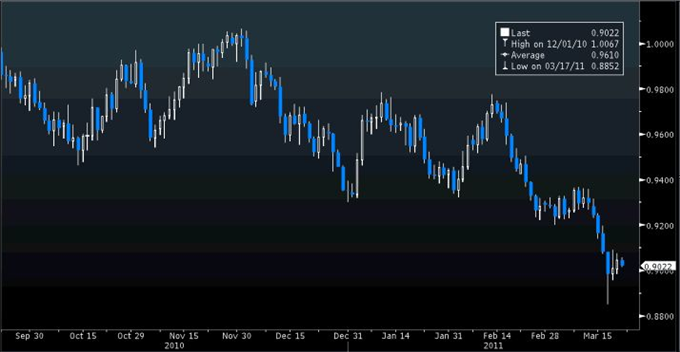