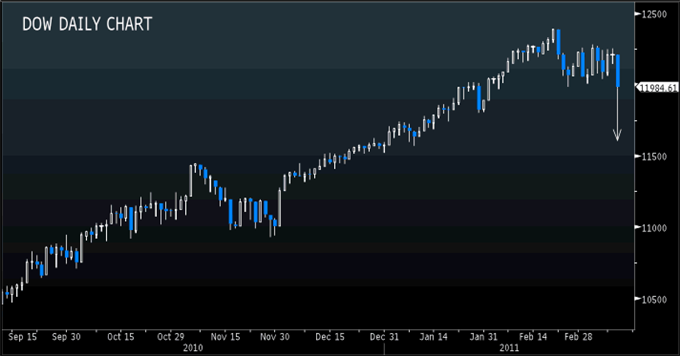 The Case for The US Dollar; Momentum Has Been Building and Could Continue

While we recognize the latest recovery in the US Dollar is hardly anything to write home about, we also feel that the current rally could have some teeth, and the Greenback could very well be positioned to benefit from a combination of weaker overseas fundamentals and an improving domestic economy. Let us not forget that although monetary policy is ultra accommodative for now, at some point this will have to change and unlike other economies, we contend that when it does, the US economy will be able to handle it...

There has certainly been a shift in the tide over the past few days with the outlook for currencies looking less favorable and the US Dollar becoming a more attractive alternative. On one side you have a number of currency negative developments, while on the other side there are some extremely supportive USD stories. Moody’s downgrades of Greece and Spain this week are getting a lot of attention and have done a good job of taking the air out of the sails of Euro hawks. Any talk of a potential shift in policy by the ECB to a more restrictive stance has now taken a backseat with concern over the stability in the Eurozone peripherals weighing more heavily on sentiment.

Meanwhile, a much weaker than expected trade data result out of China combined with continued upside pressures on inflation, has created a very difficult mix for the PBOC which threatens the growth prospects in one of the world’s fastest growing economies. This has had a very noticeable negative impact on the correlated Australian Dollar and other risk related currencies, with market participants fearing that a slowdown in China could significantly disrupt the broader global recovery. Data out of Australia has also been awful on its own merits this week, highlighted by a terrible jobs report and disappointing consumer confidence. Elsewhere, the RBNZ has confirmed the severity of the latest earthquake disaster as the central bank went ahead and cut rates by 50 basis points. Even the star performer on the commodity bloc has come under recent pressure, with the Canadian Dollar selling off from multi-month highs against the buck on Thursday after a very bad trade data showing which also included downward revisions to the previous print. Finally, any talk of a more hawkish Bank of England has also faded, after the central bank came out on Thursday and left policy ultra accommodative and exactly as it was.

Overall, these developments have weighed on market sentiment and the outlook for these respective economies, and the impact has also resulted in a reversal in some other very important trends. US equities are starting to look really top heavy following Thursday’s performance, and it looks as though the floor is about to collapse and open an acceleration of declines. We think that such a pullback is already warranted irrespective of the risk environment, with US equities having managed to recover about 75% of their losses off of the 2007 highs. On the commodity front, we have also seen some key reversals in both oil and gold prices from critical levels, which will likely open the door for additional declines over the coming sessions. All of the above are viewed as currency negative and safe-haven positive. But with the Swiss Franc looking uncomfortably overbought, and Japan hardly a safe-haven economy (the news of the latest Japan earthquake and Tsunami does not help the Yen), we see only one really attractive option, especially when this option is offering more than just a safe haven appeal.

The US Dollar has been benefitting from the setbacks across the global economy and also could be benefitting on its economy’s own fundamental achievements. Unlike an Australian economy which had been consistently producing better than expected data and is now disappointing more often than not, the US economy is showing gradual and sustained improvement with economic data moving in the opposite direction and exhibiting clear signs of improvement. Most recently, the unemployment rate dropped back below the Fed’s year end target and employment data on the whole is looking better. These favorable developments have prompted a US think tank to call for the removal of the Fed’s “extended period” language in the monetary policy statement, which has helped to fuel additional USD buying. Moreover, PIMCO has also come out with their own very US Dollar positive gesture by announcing that they had cut their holdings of US government-related debt to zero. This tells us that Bill Gross and co. feel pretty certain that there will be no QE3, and this is also highly US Dollar supportive.

While we recognize that the tide could just as easily shift again, it feels as though the US Dollar is gaining some legitimate momentum which could open the door for continued appreciation over the coming days. We feel that the Fed has done an excellent job in sticking to its guns (despite intense inflationary threats), and has opted to wait until it is very clear that the economy is on a sustainable path to recovery before beginning to reverse monetary policy. This has hurt the US Dollar in recent months as other central banks have been more aggressive and yield differentials have accordingly widened out of the US Dollar’s favor, but now we see the US economy potentially looking much more attractive than many other economies, and this in conjunction with a Fed that may now start to signal an end to its ultra accommodative period could open the door for a major comeback in the Greenback. 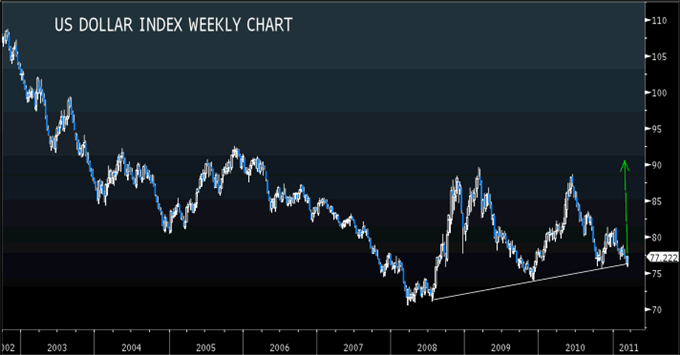 Looking ahead, German CPI and UK PPI are the highlights on the economic calendar for the European session, while at the same time we expect to see economic releases still take on a supporting role to the broader global macro themes. US equity futures and gold prices consolidate their latest declines into the European open, while oil remains under pressure and is tracking a good deal lower. 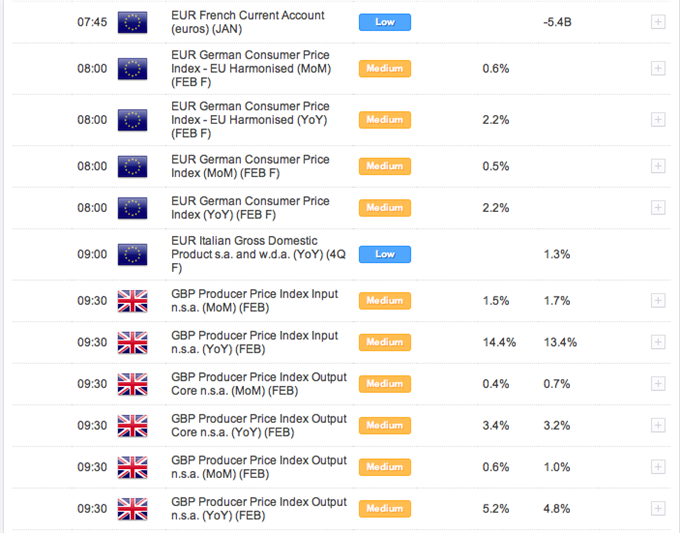 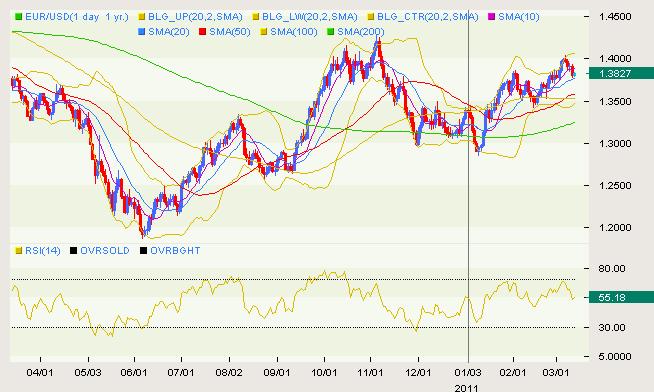 EUR/USD: Thursday’s daily close below the 10-Day SMA increases the bearish pressure and further secures some form of a top by 1.4035. From here, we see risks for additional declines towards the 1.3650-1.3730 area, with a break below to open a deeper drop and retest of medium-term support at 1.3425. Any intraday rallies should now be well capped ahead of 1.3925, with only a break back above giving reason for concern. 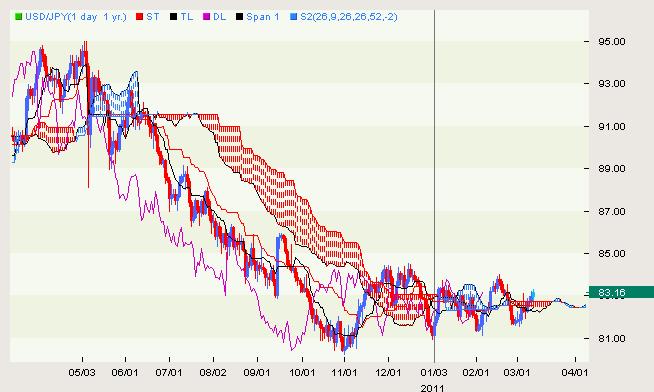 USD/JPY: The market continues to respect a multi-week range with setbacks most recently stalling out by 81.00 area support and bouncing back into the mid-range. From here, we see risks for continued upside and look for a test of the multi-week range resistance by 84.50 over the coming days. A break and close above 84.50 will be required to open the door for a more significant rally, while any intraday setbacks from here should be well supported above 82.50 on a daily close basis. 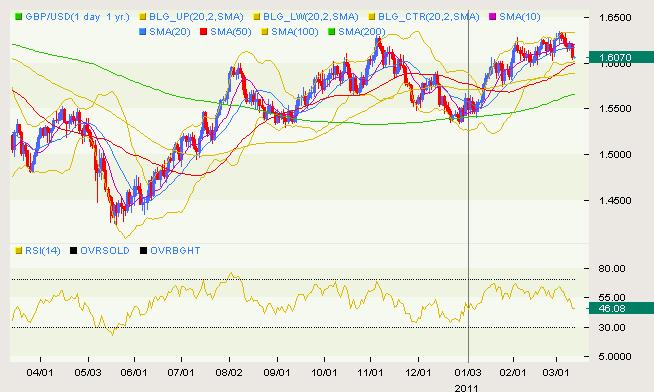 GBP/USD: The 1.6300 handle continues to be a difficult obstacle for bulls, with the market unable to hold above the figure for any meaningful period of time. Monday’s bearish outside day was impressive with the market engulfing the previous 2 day range and closing just under 1.6200 to open the door for deeper setbacks over the coming sessions. Look for a break below 1.6030 to strengthen outlook while a close back under 1.5960 accelerates further. Intraday rallies should be well capped ahead of 1.6200, while only back above 1.6345 ultimately negates. 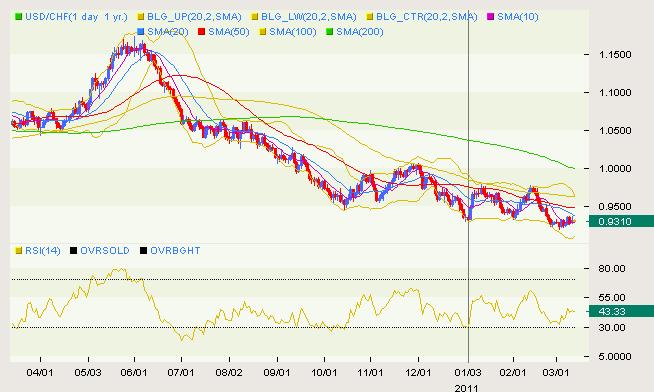