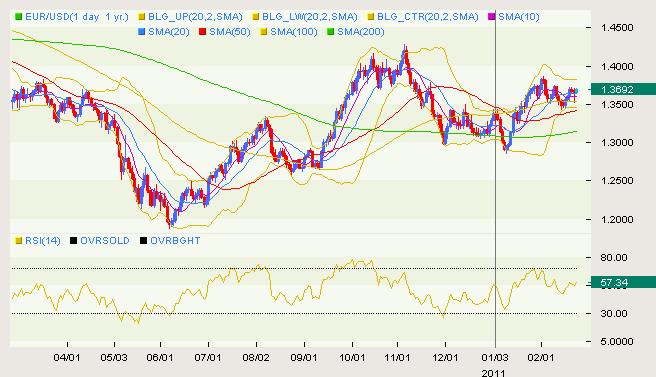 Currencies have managed to stabilize and regain their footing after getting obliterated in early Tuesday trade on the back of some elevated risk concerns and country specific setbacks. The biggest setback of all was the earthquake in New Zealand, with the New Zealand Dollar dropping by over 2% on the day against the buck and only managing to consolidate its losses when other markets began to recover in North American trade. RBNZ Governor Bollard was out on the wires on Wednesday reassuring locals that the central bank was monitoring financial markets to ensure stability and that the central bank was ready and able to meet any requirements for cash by the banks. Market chatter of an emergency meeting to lower rates in response to the earthquake proved unsubstantiated to this point.

Although construction work data in Australia came in softer than expected, the market did manage to find some bids on broader currency gains and a higher than expected wage price index. RBA Governor Stevens was also seen propping the local currency after saying that Australia was enjoying the biggest boom in its terms of trade in more than 100 years and that he welcomed the higher Australian Dollar as it has helped to contain inflation.

Meanwhile, the Euro has put in a most impressive recovery rally after totally negating a near 200 point drop in a matter of hours to once again threaten a break of some key range resistance at 1.3745. The rally was brought on by some hawkish ECB Mersch comments, who warned that the ECB could be looking to shift to a more restrictive policy going forward. The Euro has also been able to shrug off lower global equities and ongoing geopolitical concerns with the violence in North Africa seemingly taking a backseat for now. Libya has most recently declared force majeure on oil exports of 1.5M barrels a day. However, markets have found comfort in the fact that OPEC would be willing to boost oil production if Libya’s oil exports were to actually stop.

Elsewhere, Fed Evans has been on the wires saying that there should be no rush to tighten monetary policy despite signs of improving growth, and feels that we still need to allow more time for ultra accommodation in order to ensure a legitimate shot at a healthy and sustained recovery. Also on the wires was Bank of Japan’s Yamaguchi who said that the economy would start to pick up soon and there was room for short-term optimism. Yamaguchi did also warn that there was still the need to be cautious over the medium-term. USD/JPY has come under a bit of pressure in recent trade but does show some decent bids all the way down to 82.00.

Looking ahead, Swiss producer and import prices (0.1% expected) are due at 8:15GMT, followed by the more heavily anticipated Bank of England Minutes at 9:30GMT. Also out at 9:30GMT are UK BBA loans for house purchases (29250 expected), with Eurozone industrial new orders (-1.0% expected) due shortly after at 10:00GMT. US equity futures have managed to recover a bit, while commodities trade basically flat and consolidate.

EUR/USD:The sharp upside reversal on Tuesday certainly threatens short-term bearish prospects, with the market now looking to establish back above 1.3700. Key resistance comes in by 1.3745 and a break and close above this level will completely negate bearish outlook and open the door for a more significant rally over the coming sessions. However, inability to establish above 1.3700, will once again put the focus back on the downside and expose a retest of 1.3425 further down. In the interim, we remain sidelined and will wait for a clearer signal. 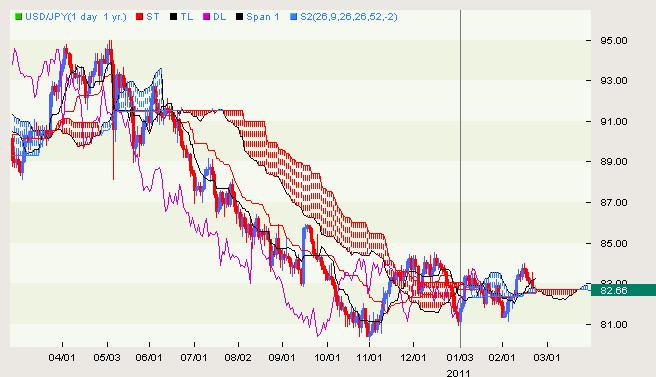 USD/JPY: The market continues to remain extremely well bid on dips, with the latest surge back above 83.00 really encouraging longer-term recovery prospects and opening the door for a potential break of key topside resistance by 84.50 over the coming days. Longer-term cyclical studies certainly suggest that the market could be poised for a major bullish reversal and we would look for a break and weekly close back above 84.50 to help confirm outlook. Any dips from here should be well supported above 82.00 on a close basis, while only a break and close back below 82.00 would concern. 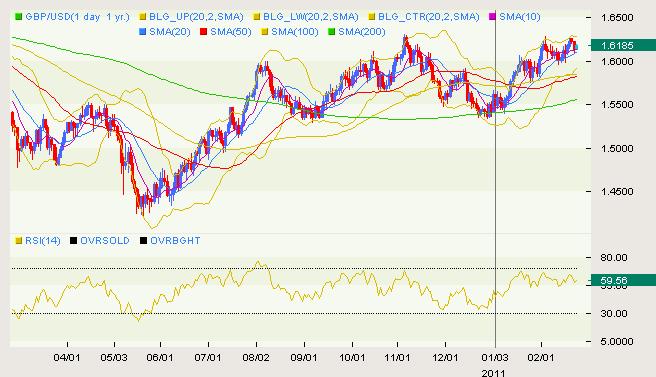 GBP/USD: The market largely remains locked in some consolidation after continuously stalling out by and ahead of key resistance at 1.6300. From here, it is difficult to establish a clear directional bias and we will need to see a sustained break above 1.6300 or back below 1.5960 for additional clarity. 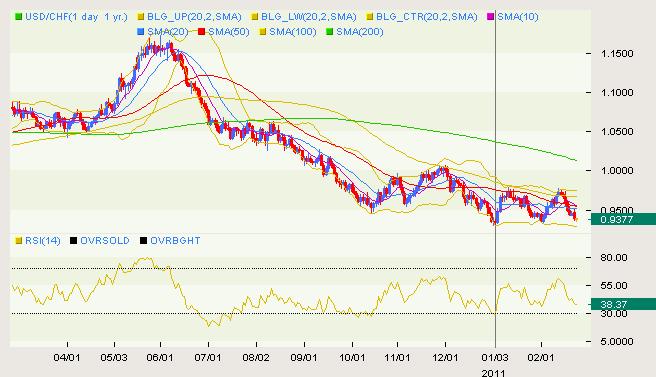 USD/CHF: The market has been in the process of pulling back after stalling out ahead of key short-term resistance by 0.9785 in the previous week. Still we see any additional declines well propped above 0.9300 (record lows) on a close basis and look for the market to once again be well supported on the current dips into the 0.9300’s. Ultimately, only a close below 0.9300 would concern, while back above 0.9500 should confirm bias and accelerate gains.