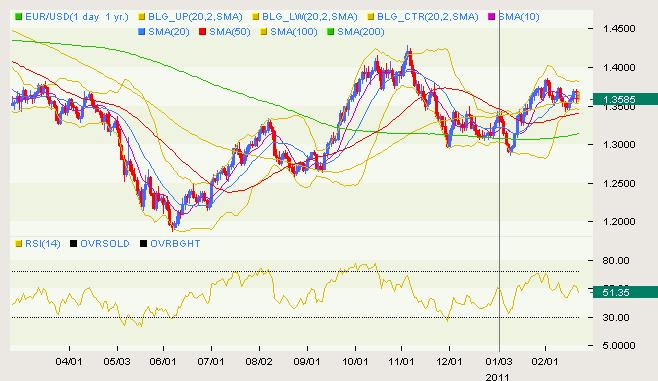 Currencies have been hit with a deluge of risk negative developments over the past several hours and no currency has been hit harder than the New Zealand Dollar which has been crushed on the back of a devastating earthquake in Christchurch. The quake has resulted in many deaths, while several of the city’s buildings have been compromised and the local airport has been shut down. Our thoughts and prayers go out to those close to the disaster and we wish all of New Zealand a quick and healthy recovery.

From a price action standpoint, the break below 0.7500 is critical, with the market breaking to fresh yearly lows and opening the door for a more significant decline towards next key support which comes in by 0.7340 further down. We had already been projecting Kiwi weakness before the quake on a technical and fundamental basis (expectation for a narrowing of yield differentials), and unfortunately, this latest development should only exacerbate the situation. To add further fuel to the fire, a combination of elevated risk aversion on geopolitical fears, and some isolated downside pressures in the Euro have not helped matters.

The elevated geopolitical tensions have certainly been playing their part, with oil prices skyrocketing on Monday on heightened tensions in North Africa and the Middle East. Most recently, two Libyan planes landed in Malta in an effort to defect rather than follow orders to bomb protestors, while the Libyan ambassador to India has resigned and called for the UN to act to protect the Libyan people. Moreover, Libya’s mission to the UN has abandoned the regime and is calling for an international intervention to stop the genocide. Of course, the Iranians are taking full advantage of the chaos with wires reporting 2 Iranian war ships entering the Suez Canal and heading towards the Mediterranean.

Moving on, there have been some Eurozone specific factors that have been weighing on the Euro, with the larger than expected defeat of German PM Merkel in the state election fueling speculation that any positive consensus on sovereign debt will erode. Any change in sentiment towards policy which shifts to a focus on a broader national fiscal adjustment rather than on simply eliminating the tail risk, specifically from the beleaguered Eurozone economies, acts as a major weight on the Euro and opens the door for additional downside risks to the currency. The latest article from Weber which outlines a call for a more nationalized fiscal adjustment could therefore make waves if this now becomes the majority opinion in Germany.

Finally, the Yen has also managed to make headlines for its own specific merits, with the single currency trading lower on the day despite safe haven bids, after Moody’s came out and downgraded Japan’s Aa2 government rating outlook to negative. Technically, USD/JPY is attempting to put in a bullish outside day and could be getting set for an eventual break above critical topside resistance by 84.50 over the coming sessions. Fresh bids are seen on intraday dips below 83.00.

On the data front, the Australian Dollar which has already been weighed down by the negative risk environment, has found some additional offers on a lower NAB business confidence reading. Looking ahead, German GfK consumer confidence (5.8 expected) is due out at 7:00GMT, along with the Swiss trade balance, and Swiss UBS consumption indicator. UK public finances (-6.0B expected) and public sector net borrowing (-0.3B expected) then rounds things out for the European session at 9:30GMT. US equity futures are getting hit hard, while gold is also a good deal lower. Oil on the other hand remains well bid and consolidates its massive gains above $93.00.

EUR/USD:The market looks to be in the process of seeking out a fresh lower top below 1.3745 at 1.3715 ahead of the next downside extension towards the measured move objective off of a head & shoulders top formation which comes in by the 1.3300 area. Look for confirmation of the fresh lower top on a break back below 1.3425 over the coming sessions. Only a break and close back above 1.3745 negates short-term bearish outlook and gives reason for pause. 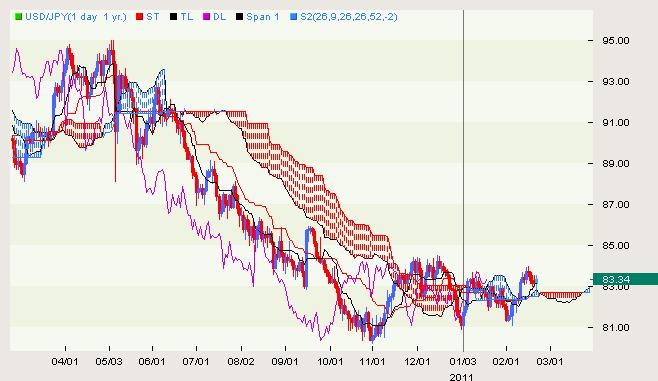 USD/JPY: The market continues to remain extremely well bid, with the latest surge back above 83.00 really encouraging longer-term recovery prospects and opening the door for a potential break of key topside resistance by 84.50 over the coming days. Longer-term cyclical studies certainly suggest that the market could be poised for a major bullish reversal and we would look for a break and weekly close back above 84.50 to help confirm outlook. Any dips from here should be well supported ahead of 82.50, while only a break and close back below 82.00 would concern. A potential bullish outside day formation on Tuesday helps to confirm outlook. 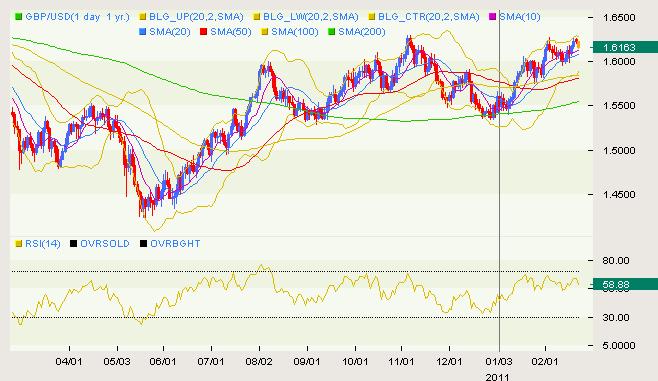 GBP/USD: The market largely remains locked in some consolidation after continuously stalling out by and ahead of key resistance at 1.6300. From here, it is difficult to establish a clear directional bias and we will need to see a sustained break above 1.6300 or back below 1.5960 for additional clarity. In the interim, in light of yet another topside failure ahead of 1.6300, we look for a short-term bearish resumption back towards 1.5960 over the coming sessions. 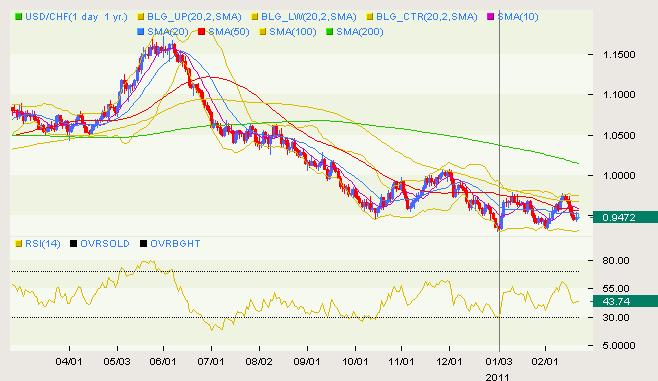 USD/CHF: The market has been in the process of pulling back after stalling out ahead of key short-term resistance by 0.9785 in the previous week. Still we see any additional declines well propped above 0.9425 (minor 78.6% fib retrace) on a close basis and look for the formation of a fresh higher low ahead of the next major upside extension back through 0.9785 and towards more critical resistance by 1.0070 further up. Only a close below 0.9425 will give reason for concern. Monday’s bullish close and Tuesday’s subsequent break back above Monday’s high further encourages constructive outlook.